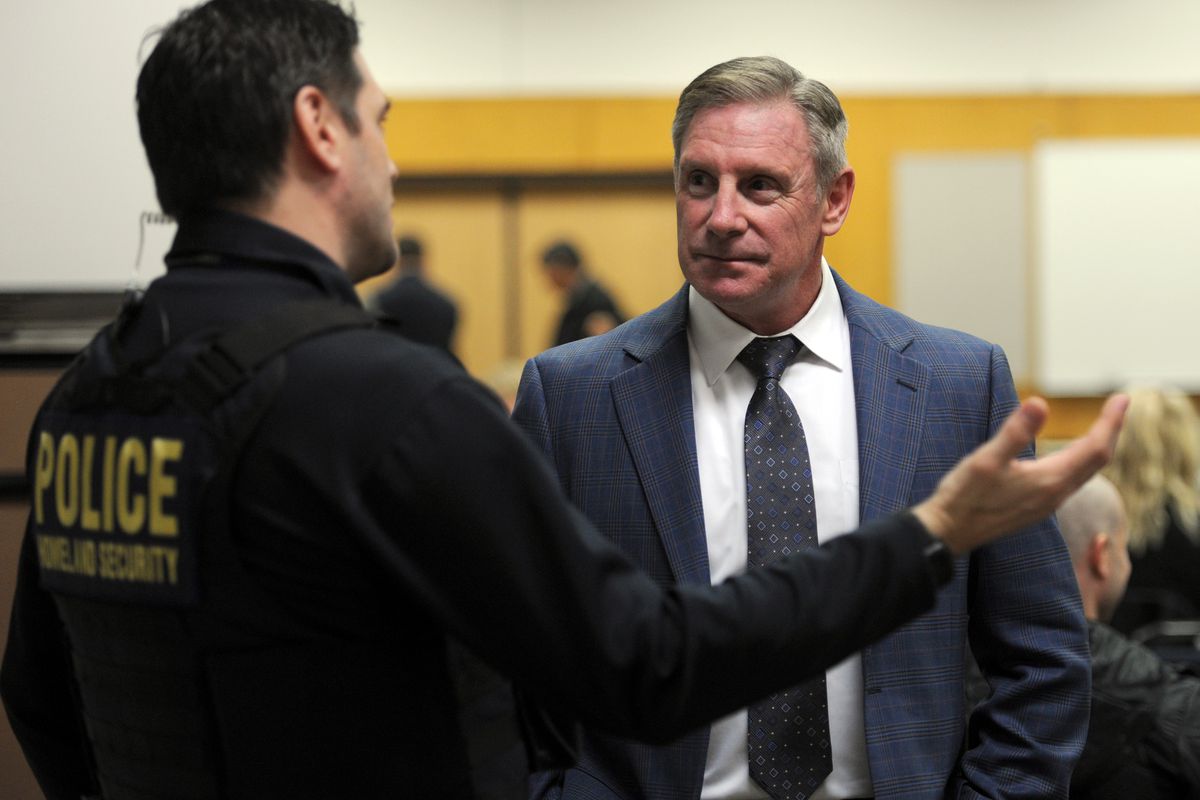 When Kevin Briggs worked as an officer with the California Highway Patrol, every month a handful of people would come to San Francisco's Golden Gate Bridge pondering suicide. And every month, Briggs would help bring them back to safety.

"I saw them on probably the darkest day of their life," Briggs said. His experience earned him the nickname "Guardian of the Golden Gate," having helped hundreds of people make the choice to walk away from self harm.

When he retired three years ago, Briggs set out to bring his knowledge to audiences around the country — offering training that he never had.

On Thursday, Briggs will talk with the public at an evening presentation at the University of Alaska Anchorage.

Nationwide, more than 42,000 people lost their lives to suicide in 2014 — the 10th-highest cause of death in the U.S., according to 2014 statistics from the Centers for Disease Control. And Alaska's suicide rate is the second-highest in the nation.

Briggs has a simple piece of advice, for those who know someone suffering from mental illness or depression:

According to statistics, nearly half of all suicide cases involved a firearm in 2014. When asked how to navigate a situation involving firearms, Briggs said a person should focus on trying to get those weapons out of the person's reach.

"It's very difficult for people to part with weapons. But when you're struggling — let's just get them out for now. They'll be at my place, they'll be safe … I just want to get you through this time, and make sure you're OK." Briggs said.

Briggs said that confidentiality can go a long way when talking with someone about suicide, which can be difficult to come by sometimes.

"In a smaller community it's tough because everybody knows everybody," Briggs said, but it's also important to know when another trusted person needs to be alerted.

The question to ask yourself: "My telling anyone, is that helping or hurting the situation?" Briggs said.

[After a daughter's fatal fall, a mother searches for answers]

Every year, Briggs delivers dozens of presentations around the country, but Anchorage's six-hour presentation was the longest one he has ever given, he said.

Like Briggs, "much of what I do is simply what I call to bear witness to somebody's story," Shackelford said.

When Shackelford was training to be an officer, she didn't have this type of training, she said. For first responders, it's about "learning how to restore your soul when you give everything … how do you reset that, so you don't flame out?" Shackelford said.

For first responders, the stresses of the job, combined with life crises that may pop up, depression can seep into a person's life. One major aspect of Briggs' presentation was self-care — prioritizing one's own mental health, and finding support from peers.

That's something Briggs himself has struggled with.

Midway through his career, he started to hit roadblock after roadblock: He got cancer. His mother died. He was in a head-on collision, and later needed heart surgery. He got divorced.

"All of this stuff took a toll on me," Briggs said. He found himself acting fine at work, but coming home and being completely unable to function.

"I suffered like this for years before I was finally talked into seeking help," Briggs said.

"As peace officers, what we don't have a lot of is a support system," Briggs told the audience. "That support system is crucial."

Another option for helping those with depression is to take classes like Mental Health First Aid Training, Shackelford said. One of its goals is to end the stigma of mental illness, treating mental health like physical health, instructors told Alaska Dispatch News in 2013.

Whether speaking up about depression, or checking in with someone about whether they are suicidal — both take courage, Briggs said. And not doing it could be much worse.

"What happens if you don't have that conversation?" Briggs asked.

If you or someone you know is dealing with depression or a mental crisis, there are many options available for help. Here are a few easily accessible ones.

Briggs will be speaking at the University of Alaska Anchorage's Wendy Williamson Auditorium at 6:30 p.m. Thursday, Nov. 3. Admission is $15; free with a military ID.