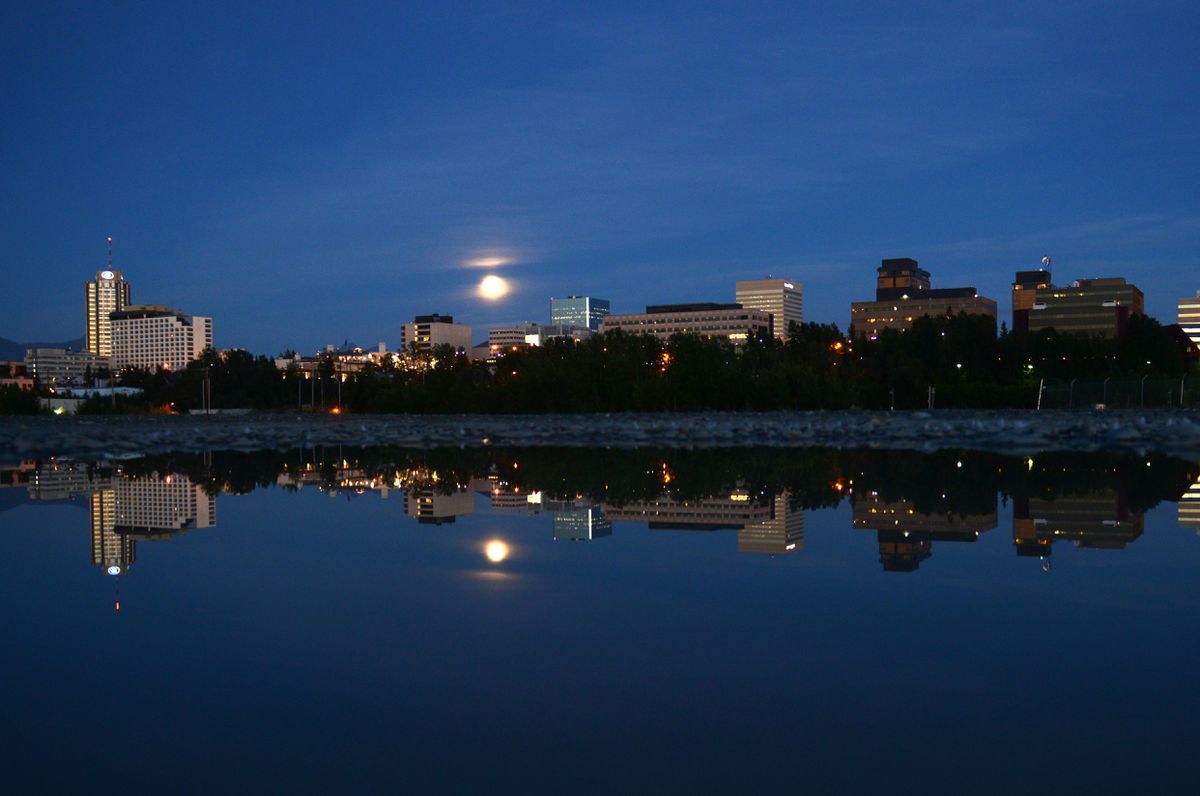 Every year, state health officials examine key measures of Alaskans: births and deaths, marriages and divorce, adoptions. The 2016 report is just out, and it highlights trends in the ways we live and die, gathered from official records filed with the state.

Teen births are down and more older women are having babies, according to the 2016 Alaska Vital Statistics annual report. By one measure, the rate of Alaskans dying from treatable diseases like cancer and diabetes is declining while more are dying from suicide and in accidental ways such as wrecks and drowning, the 63-page report by the state Department of Health and Social Services says.

Public health officials and lawmakers use the data to shape policy. It also is revealing in its own right. Take a look at what the statistics tell us about ourselves.

• The biggest drop was reported for black teens, with a birth rate last year of 17 births-per-1,000, the lowest for any teen group and more than 66 percent below that in 2007.

• The highest rate of teen births for 2016 was in Southwest Alaska, in the predominately Alaska Native Kusilvak census area from Hooper Bay to Emmonak to Russian Mission. About 94 births per 1,000 teen girls were reported there in 2016, compared to a rate of about 46 for Alaska Native girls overall and a rate of 25-per-1,000 for teen girls of all backgrounds.

• The youngest Alaska mother last year was 13 and the youngest father was just a year older. The oldest mother? 51. Oldest father? 73.

•The most popular Alaska baby names in 2016 were old-fashioned ones: Emma and William.

• The Alaska women with the highest fertility rate are age 25-29, with 128 births for every 1,000 women in that age group. Still, their fertility rate dropped significantly over the last decade. Meanwhile, birth rates among women in their 30s are increasing, especially for those age 35-39, with 54 births per 1,000 of those women.

• The state doesn't officially track gay marriage but has come up with a best guess from couples who list themselves on marriage certificates as groom-groom or bride-bride, said Rebecca Topol, deputy chief of the state health analytics branch. For 2016, 81 same-sex marriages using that definition were documented in Alaska, a slight drop from 87 in 2015, the first full year in which the state issued same-sex marriage licenses, state reports show. That number is probably low since couples can list themselves as bride-groom, or spouse-spouse, or any combination they chose, Topol said.

• Both the overall rates of marriage and divorce in Alaska are declining, with the rate of the former dropping more than 19 percent in the last decade. Last year, there were about 7 marriages per 1,000 people, and about 4-per-1,000 divorces, dissolutions or annulments.

• The median age for women to marry in Alaska: 28. To divorce: 36. Men are a couple of years behind in both instances, marrying at 30 and divorcing at 38.

What we die from

• The top 10 causes of death shifted slightly in 2016. Homicide didn't make the list of top killers, pushed aside by deaths from influenza and pneumonia in the No. 10 spot.

• As in the past, cancer was the biggest killer in Alaska, followed by heart disease and "unintentional injuries." Rounding out the top 10 were: chronic lower respiratory disease, stroke, suicide, liver disease, diabetes, Alzheimer's disease and influenza/pneumonia.

• Statisticians adjust the data for age, since rates for populations with high numbers of elderly people would otherwise be skewed. Using age-adjusted figures, the rates of death from cancer, heart disease, diabetes, stroke and lung disease have been mainly trending downward since 2007.

• The trend for suicides, unintentional injury deaths and chronic liver disease was the reverse, with an increasing rate of death. For Alzheimer's and the flu, with smaller raw numbers, a clear trend wasn't apparent.

• In 2016, more Alaskans died from fatal drug overdoses than any other type of unintentional injury death, Topol with the health department said. The category also includes deaths from motor vehicle crashes, falls, fires, plane crashes, drowning and firearm accidents. The leading cause of death of children and young adults from age 1 to 19 was unintentional injury, the report said.

• The new report put special attention on deaths directly related to alcohol and drugs, as well as firearm deaths. Some 182 Alaskans drank themselves to death last year, whether it was over time or all at once. Some died of alcohol poisoning. Some died of alcohol-induced liver disease. The number doesn't count drunken driving fatalities.

• Drugs — both illegal and prescribed — killed 131 people, including 123 who died from overdoses.