At this new clinic in Anchorage’s downtown mall, the doctor will see you – by video 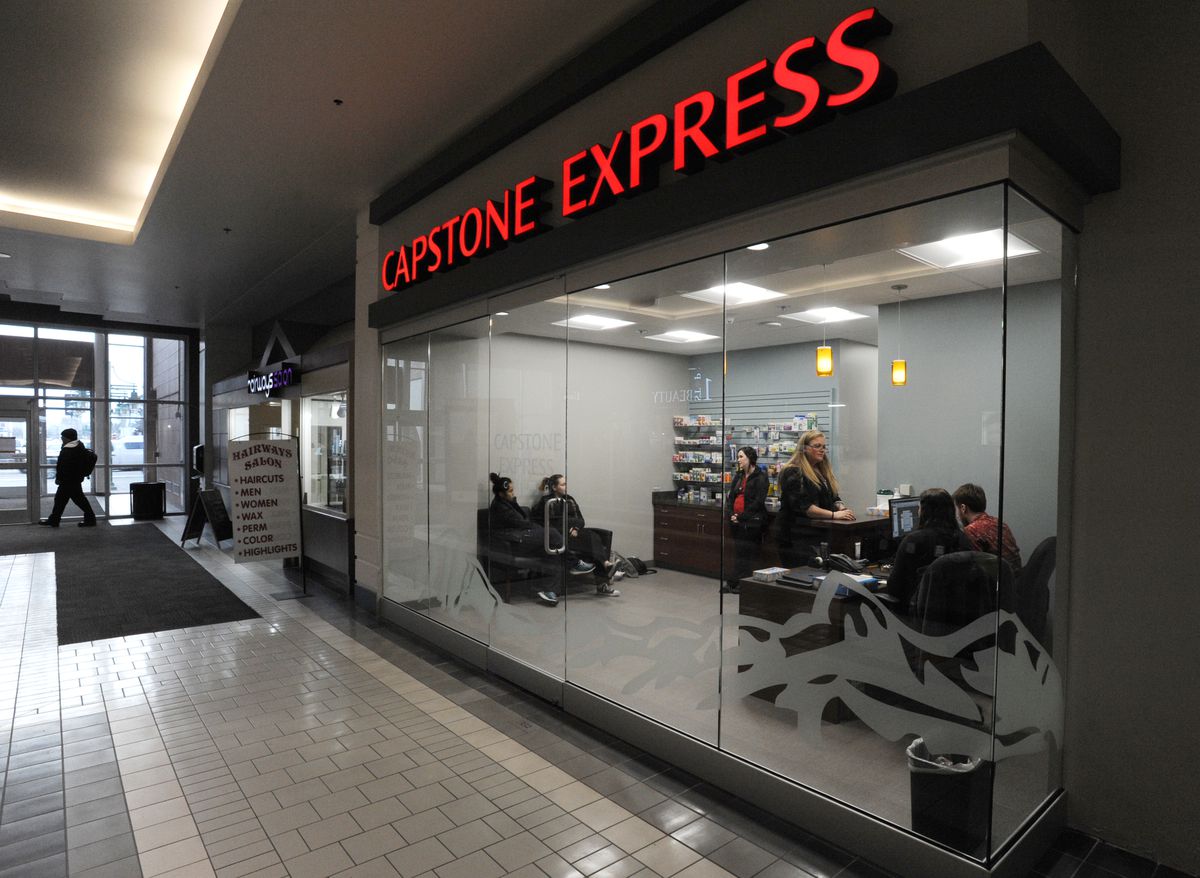 A medical clinic opened Tuesday in a small space on the ground floor of the Anchorage 5th Avenue Mall, but there are no doctors inside. They appear in exam rooms on a computer screen.

The walk-in office is the Capstone Clinic medical group's first foray into telemedicine — the use of technology to provide health care from a distance, according to owner Dr. Wade Erickson, who specializes in family medicine and obstetrics.

"The goal is access. It's all about access," Erickson said. "Our goal is to bring health care as close to the people as we possibly can."

Erickson, originally from Minnesota, moved to Alaska in 2000. Three years later, he and his wife, an optometrist, started a clinic in Wasilla. The Capstone Clinic medical group now includes five locations, including the tiniest and newest in the Anchorage mall, called Capstone Express.

Erickson said he plans to bring telemedicine to more spots across the city and to remote areas of the state.

The group's next project: a telemedicine kiosk at the Dimond Center mall in 2018, similar in size to the booths that sell sunglasses and cellphone cases. A medical assistant will staff the kiosk. A doctor will appear on a computer screen in a private room for virtual appointments with patients.

Erickson said people can use the mall facilities like urgent-care clinics. Since they aren't staffed by on-site doctors and don't have the expense of a standalone building, they can offer services at lower prices, he said.

For a patient paying cash at the downtown Anchorage mall, appointments start at $89, he said.

Across the country, similar medical kiosks have sprung up in schools, city halls and shopping malls.

While telemedicine services have long connected patients in remote parts of Alaska to doctors in the city, the medical kiosk concept is a first for Anchorage.

"That's brand-new for Anchorage," said Anita Halterman, president of the Alaska Collaborative for Telemedicine and Telehealth. "I have never seen anything like it here."

Kasey Thompson, practice manager at Capstone, said the medical group could one day install kiosks in Alaska schools or businesses.

He said the group chose the downtown mall for its first telemedicine site because the area lacked urgent-care services. He expects the clinic will serve tourists, shoppers, mall employees and other people who work downtown.

A receptionist and medical assistant will staff the clinic. The doctor will be based in a larger Capstone clinic in East Anchorage, Thompson said.

Inside the exam room Monday, a telemedicine cart held devices equipped with cameras, such as an otoscope used to look in a patient's ears.  The doctor at the East Anchorage clinic can see the visual live on a computer screen and can wear headphones to listen to the patient's heartbeat.

"It's as if they're right here," Thompson said.

Thompson said staff at Capstone Express can test for illnesses such as strep throat and will sell over-the-counter and prescription medicine.

If a patient's medical needs are too complex for the clinic, the doctor will refer them to another health care location, Thompson said.

Stephen Welch, general manager at the Anchorage 5th Avenue Mall, said the clinic filled a need in the mall and in the downtown area.

"We're really excited about the addition," he said. "It's definitely something unique."