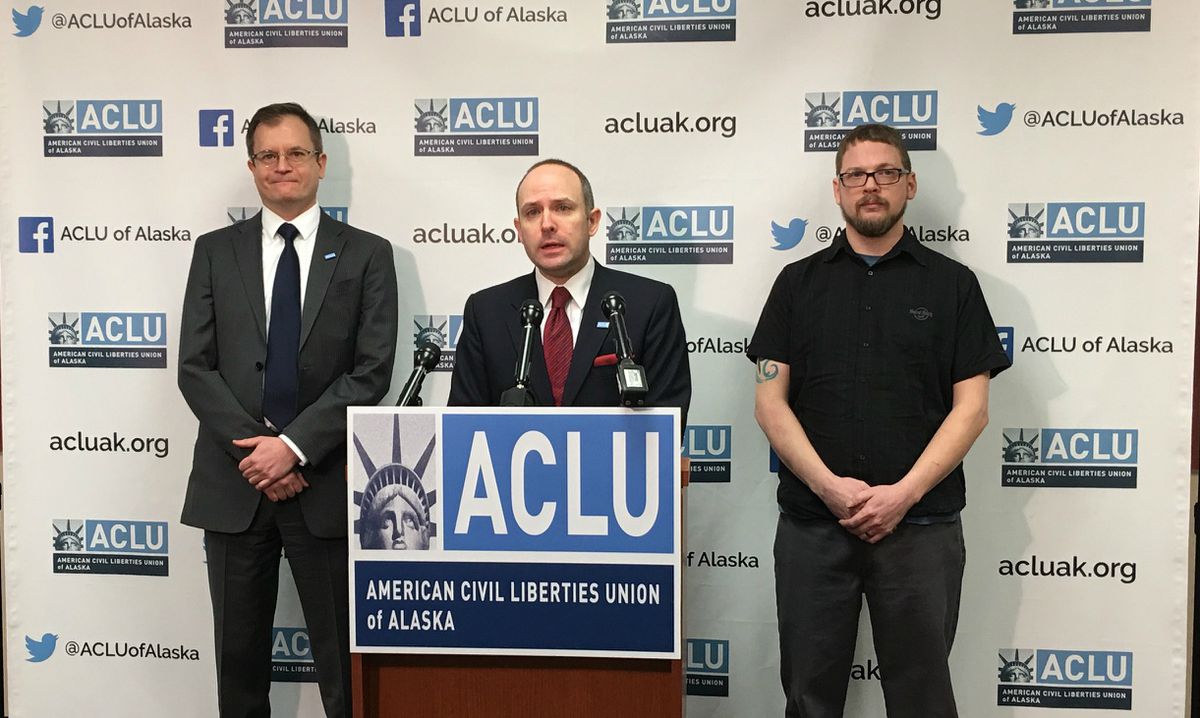 One week after the Kenai Peninsula Borough Assembly voted again to allow only Assembly-approved religious groups to deliver invocations before its meetings, a lawsuit has been filed to overturn the restrictions.

The American Civil Liberties Union of Alaska announced the lawsuit Wednesday, citing "unconstitutional discrimination about who may give invocations at Borough Assembly meetings," the ACLU said in an email.

At a press conference Wednesday, ACLU of Alaska executive director Joshua Decker said that discussions with borough leaders failed to produce a resolution before Wednesday's filing. He was accompanied by Lance Hunt, one of two plaintiffs in the suit, along with Satanic Temple member Iris Fontana, whose invocation in August prompted the Assembly to change its rules.

"We're very disappointed that we have to go to court today," Decker said. "We've spent the past two and a half months trying to get the Kenai Peninsula Borough to do the right thing."

Both Assembly President Kelly Cooper and Borough Mayor Mike Navarre declined comment on the ACLU's lawsuit Wednesday, due to it being a pending legal matter.

Hunt, an atheist, delivered an invocation at a July Assembly meeting.

"I don't think it is the Assembly's job to decide whether any faith or non-faith or other group should be allowed to solemnize an invocation before the Assembly," Hunt said in a brief statement Wednesday.

For months, the Assembly has gone back and forth on who can give invocations.

The body earlier this year opened up the readings, which were historically given by Christian pastors, to all members of the community on a first-come, first-served basis. Then, in August, Fontana read a satanic invocation before one meeting, fueling controversy about the change.

In October, the Assembly voted 6-3 in favor of a resolution that said the person delivering an invocation has to represent a religious group specifically recognized by the Assembly — and which meets a certain set of rules — or chaplains who meet certain parameters.

The ACLU of Alaska, as well as the national nonprofit group Freedom From Religion Foundation, called the move unconstitutional.

The Assembly did vote in a November meeting to get rid of the religious rule, but the group promptly voted on that resolution again at the beginning of this month and shot it down.

Borough Mayor Navarre has in the past brought up appropriating $75,000 in borough money for court battles over the policy. Borough clerk Johni Blankenship said last week that Navarre plans to bring that up again in January.