How we tallied Alaska communities without local law enforcement 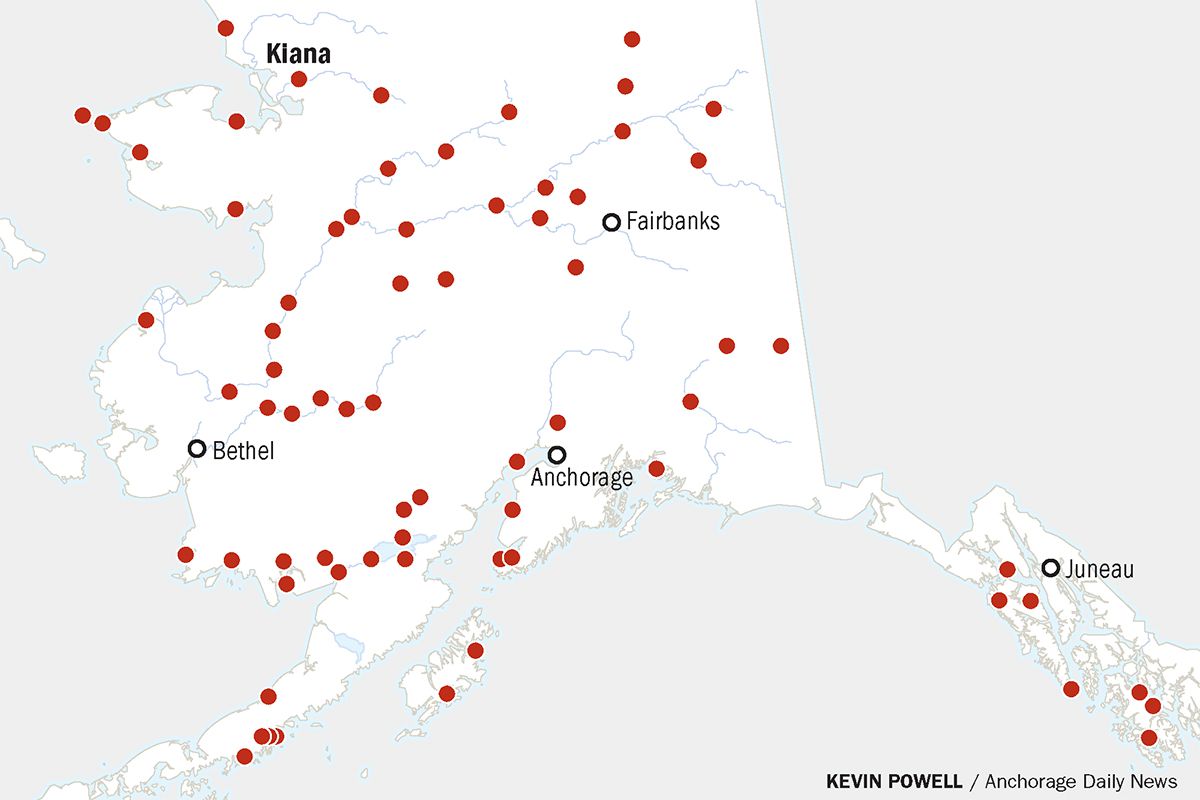 Alaska communities that had no local law enforcement in 2019.

Alaska communities that had no local law enforcement in 2019.

How we calculated how many Alaska communities have no police

The Alaska agency that certifies police officers does not track how many cops work in remote villages or the identities of many of those law enforcement officers. We set out to find which communities have no police protection as well as to identify officers with criminal records, who, under state law, are not qualified to wear a badge.

To do this, we used several databases to create a master list of Alaska communities and local organizations that might employ police officers. We reached out to every employer, in some cases up to a dozen times, in a multitude of ways.

The data we used

The Alaska Division of Community and Regional Affairs lists some 434 communities across Alaska. But some are ghost towns, abandoned logging camps or simply neighborhoods that do not exist as separate communities with their own local governments. In order to narrow our list to cities, towns and villages large enough to have some expectation of local law enforcement protection, we considered only locations that already had basic state and federal services.

Namely, in order to be considered a candidate for police protection for the purposes of this research, a community had to have all three of the following:

• A local government such as a city council or traditional council;

Finally, at the recommendation of the Alaska Department of Education and Early Development, we used the Alaska Public Schools Database to determine which communities had active schools and the enrollment for each. (Alaska generally closes a rural school when enrollment drops below 10 students.) The most current enrollment data was double-checked using a separate source within the Department of Education’s data center, enrollment totals as of Oct. 1, the most recent information available.

All told, 195 communities met the above criteria. Of that number, 70 communities reported having no police of any kind at some point in 2019.

Also, the data does not account for roving village public safety officers who, like state troopers, occasionally visit a village but are not permanently based there.

Determining which communities have police

That is because local law enforcement officers of all kinds are sometimes asked to respond to emergencies and village police officers and tribal police officers have provided lifesaving protections in Alaska despite receiving less pay and training.

Tribes are not required to notify the state of tribal police officer hires, and their identifies are also unknown to the state in most cases.

We requested the information in multiple ways:

• Each tribe, traditional council, corporation and city received an initial email request for police employment information in January or February. Those that did not respond received at least two follow-up emails.

• Those that did not respond to multiple emails received mailed letters.

• Beginning in March, we called every entity that had not responded to our emailed and mailed records request. In many cases, multiple phone calls were necessary to make contact with an employee or representative.

All told, we were able to speak to someone in all but 21 of the 195 communities. All 21 of those communities had a verified form of local law enforcement, such as a trooper, village public safety officer or a North Slope Borough Police Department officer stationed locally.

We made follow-up calls to the 70 villages without law enforcement to verify that information. Of those, officials in 60 verified that they had no police at some point this year. Officials in the remaining 10 communities did not respond to recent messages.

For small cities, tribes, traditional councils and corporations that employ village or tribal police officers, we asked for the identity of the officers. Some communities provided officers’ names. Some declined to name local police. In some cases, the Division of Community and Regional Affairs had collected officers’ names through a survey that asked for a list of all municipal employees. Other village officers were identified through online trooper dispatches or news reports. Research into the identities of village police officers and tribal police officers is ongoing.