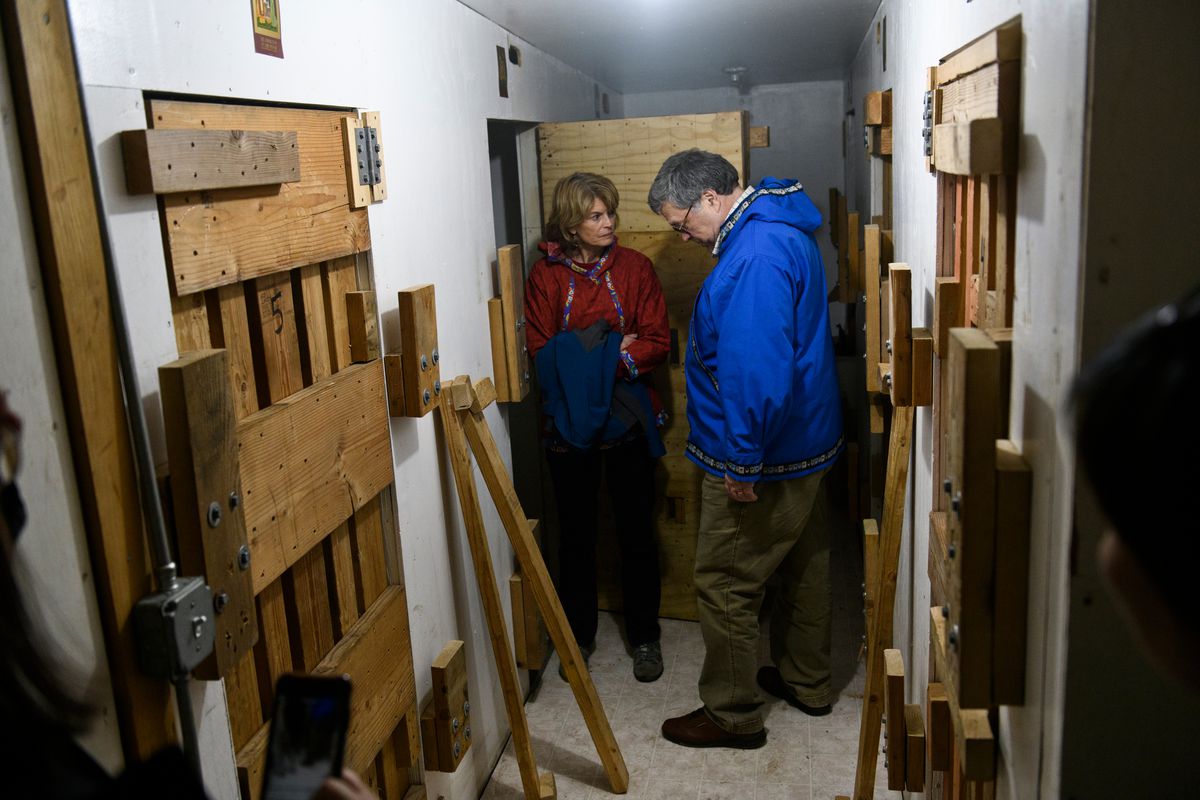 This article was produced in partnership with ProPublica as part of the ProPublica Local Reporting Network, and is part of a continuing series, Lawless: Sexual violence in Alaska.

After visiting Alaska and meeting with Alaska Native leaders, Barr declared the problem to be a national emergency, promising $10.5 million in immediate relief. On Thursday, U.S. Attorney Bryan Schroder in Anchorage announced new details on how the money will be spent, as well as related efforts by federal agencies and the state of Alaska.

• Upgrading public safety infrastructure, such as holding cells, for Alaska villages and tribes.

A months-long investigation by the Anchorage Daily News and ProPublica found that one in three Alaska communities has no local law enforcement. Violent crime survivors must sometimes wait hours or days for authorities to arrive. Some villages lack jail cells or safe houses.

Dozens of village and tribal leaders told the Daily News and ProPublica that they want certified law enforcement in their communities, while University of Alaska Anchorage researchers found that sex crimes are more likely to be prosecuted when a village police officer aids in the investigation.

In Western Alaska, eight villages have no public safety building of any kind, according to 2018 research by the Association of Village Council Presidents. AVCP chief executive Vivian Korthuis said she was encouraged by the plans to release grant money for infrastructure, which she said would help with tribal officer recruitment and retention.

“This is the start of a much longer process,” said Korthuis, who also serves on the board of the Alaska Federation of Natives. "It has been proven over and over that tribal communities offer the best solutions for their own unique challenges. We want to be sure tribes can bring our voices and innovations to the decision table. We look forward to playing a key part of the solutions for rural Alaska.”

Advocates for Alaska Native rights and tribal sovereignty say any long-term reforms must include an expanded role for tribal courts and government-to-government partnerships between the U.S. and tribes. Research suggests that the presence of traditional elders and employment opportunities, rather than more cops and prosecutors alone, would reduce suicide, alcohol abuse and other problems that have troubled Alaska communities.

Members of Alaska’s congressional delegation also said they are pursuing solutions. Speaking to the Daily News this month, Republican Sen. Dan Sullivan said he is working with Tara Sweeney, assistant secretary for Indian affairs and a longtime Alaska Native leader, on a simple goal: “Every community that wants law enforcement should get it,” Sullivan said.

“The key issue, where the feds can really help, is on the training side,” he said. “That is one of the big areas where we are completely lacking.”

The training would be provided to village public safety officers, or VPSOs, and village police officers, or VPOs. VPSOs are funded by the state of Alaska and overseen by regional nonprofits. Their number is at or near an all-time low.

VPOs are usually hired by villages with fewer than 1,000 people. They make low wages, are sometimes untrained and generally have no benefits or retirement. Federally recognized tribes often hire tribal police officers, or TPOs, who perform similar duties.

Barr’s emergency declaration included $5 million to pay for law enforcement equipment and fund the hiring of 20 officers by tribes and regional nonprofits.

Alaska’s sexual assault rate is nearly three times the national average and climbing. The Daily News and ProPublica are investigating the lack of public safety as part of an ongoing look at sexual abuse and a two-tiered justice system that leaves some rural Alaskans lacking basic protections.

“Among domestic violence victims in Alaska, Native women are over-represented by 250%. Yet, one in three communities in Alaska has no local law enforcement,” Sen. Lisa Murkowski, R-Alaska, tweeted Tuesday. Most of the more than 70 communities with no police are primarily Alaska Native.

“When bad things happen and there’s no law enforcement, bad things will continue to happen,” Murkowski said, speaking to tribal leaders at a National Congress of American Indians event in Washington, D.C.

The Anchorage Daily News and ProPublica are spending the year investigating sexual violence in urban and rural Alaska. Here’s how you can stay in touch with us: