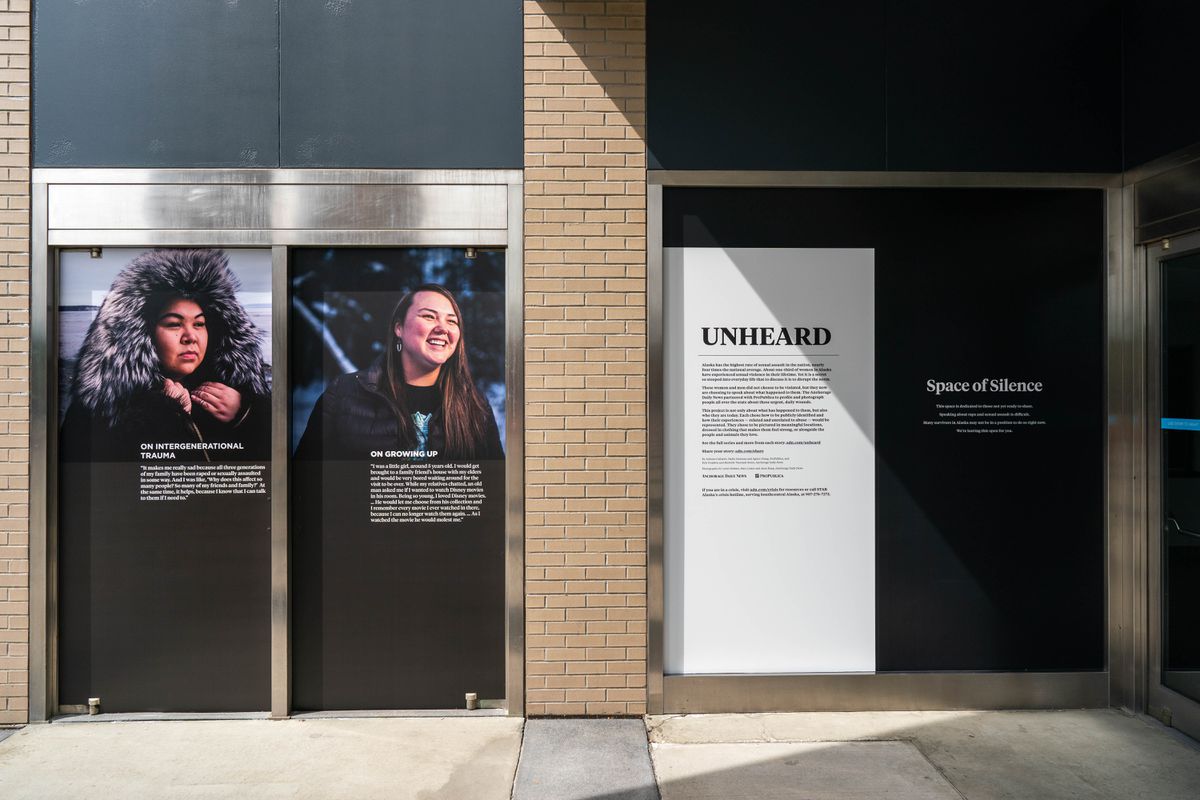 An installation of the "Unheard" project is displayed at the Anchorage Museum on July 2, 2020. (Loren Holmes / ADN)

An installation of the "Unheard" project is displayed at the Anchorage Museum on July 2, 2020. (Loren Holmes / ADN)

Watch Anchorage Daily News and ProPublica journalists share the story behind the stories in our ongoing, Pulitzer Prize-winning series in a special digital event Friday at noon.

The hourlong chat will be open to the public via a Zoom broadcast with questions welcome. The focus of the discussion is “Unheard,” a recent monthlong project that published the stories and portraits of 29 Alaska survivors of sexual assault.

Read the stories at adn.com/unheard or visit the Anchorage Museum downtown to see the work displayed in a new outdoor installation.

Register to watch the special broadcast event at on.adn.com/unheardevent.

“Unheard” is a companion to the “Lawless” investigation, which the Daily News and ProPublica began publishing in 2019 and continues through the end of this year. The Alaskans profiled in the recent series come from across the state and are among more than 300 people who have spoken to the newspaper about their experiences with sexual violence.

In print, the series ended with the Daily News publishing a nearly blank front page in honor of those who are not yet ready to share their stories.

During the Friday broadcast, reporters and photographers who worked on the project, along with advocates for sexual assault survivors, will discuss how the series came about and answer your questions. The conversation will include a discussion of how the team sought to avoid common pitfalls around reporting on sexual assault and what we are still learning about the epidemic of violence that has led Alaska to have the highest rate of sexual assault in the nation.

The “Lawless” series will continue through 2020 in partnership with ProPublica, a nonprofit newsroom.