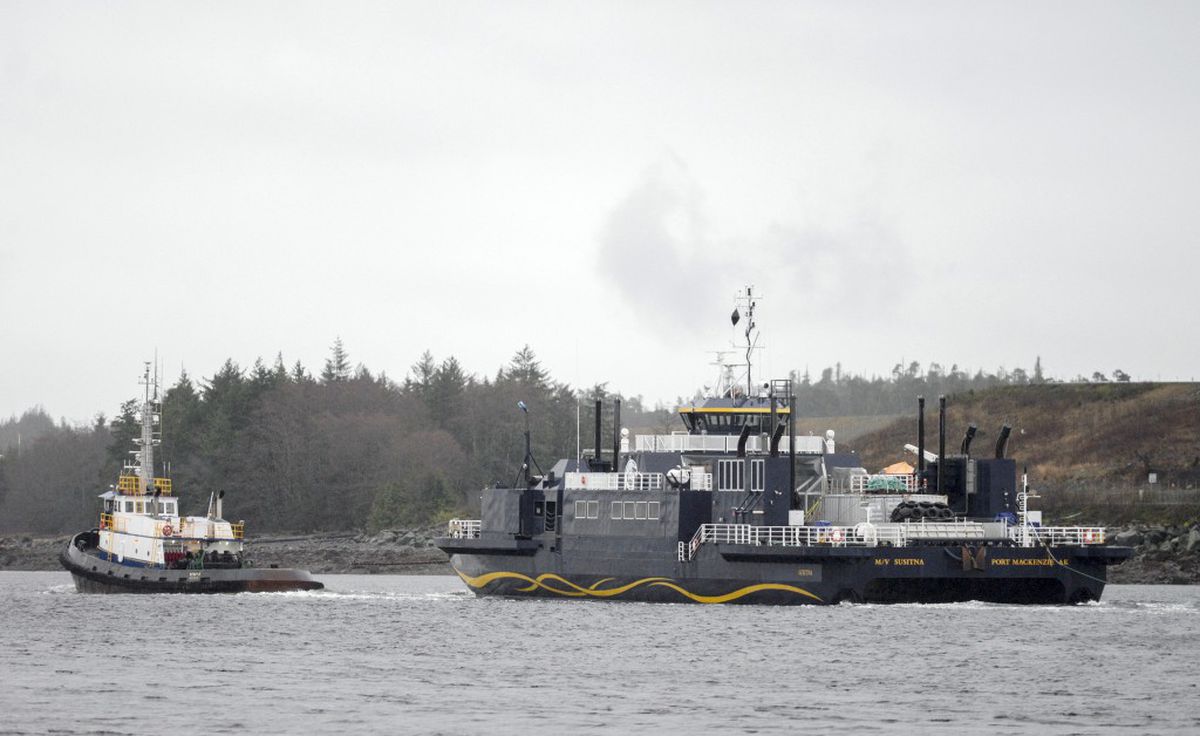 PALMER — The Matanuska-Susitna Borough ferry, a craft that never plied the waters of Cook Inlet as intended, is in the final stages of a long-awaited trip to the Philippines.

The ferry Susitna successfully completed sea trials last week, according to a press release from the borough Tuesday. The ferry was towed to Seattle in May for repairs.

The Mat-Su Assembly agreed to the sale of the ferry to the Philippine Red Cross for $1.75 million, ending years of searching for a buyer but with an offer far below the $6 million originally sought.

Borough and Philippine Red Cross officials are expected to conclude signing the closing documents for the sale of the ferry on Thursday, according to the release. It will be used for disaster relief, as a mobile clinic and hospital ship serving some of the isolated 7,107 Philippine islands.

The 195-foot Susitna was supposed to carry passengers and cars across Knik Arm from Point MacKenzie to Anchorage, but money and political will for landings fizzled and the ferry never made it to Southcentral Alaska. The vessel has instead been moored since 2011 at a dock in Ward Cove near the Ketchikan shipyard where it was built, costing the borough more than $2 million.

Representatives of the Red Cross accompanied borough officials on the sea trials June 23, according to the release.

The transition doesn't end the borough's travails with its star-crossed ferry.
The ferry's engines were damaged by heavy rain while berthed in Ward Cove. That necessitated about $3 million in repairs that finished last week. It remains unclear whether the borough's insurance company will cover the repair costs, though $250,000 from the Philippine Red Cross covered the deductible. Borough officials say they're optimistic most of the money will be paid. The $3 million was paid out of fees and leases collected in a borough land-management fund, with the stipulation the funds would be repaid after the insurance money is received.

A $12 million grant paid by the Federal Transit Administration is supposed to be paid back because the ferry was never put to public service; borough officials have said they hope the final payment will be lower.