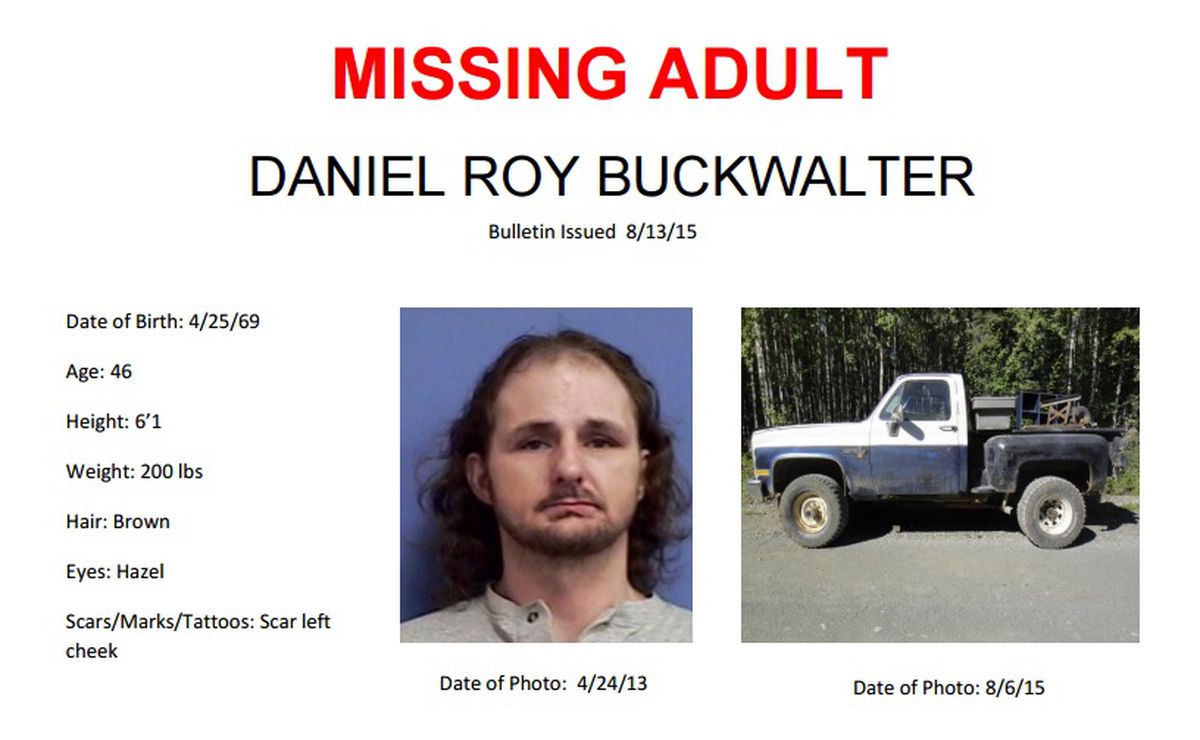 State authorities examining the missing person case of a man last seen almost a year ago have declared his disappearance a death investigation, after previously saying they considered the circumstances surrounding his disappearance suspicious.

A renewed call for the public's help in finding 46-year-old Daniel Roy Buckwalter was issued Thursday by the Alaska Bureau of Investigation. Buckwalter was reported missing to troopers on Aug. 12. He'd last been seen alive at a home off North Kerry Lynn Lane, in the Meadow Lakes area, on Aug. 4.

Alaska State Troopers found Buckwalter's pickup abandoned on Three Bees Road in Houston on Aug. 6, but didn't link it to Buckwalter's disappearance until after he was reported missing. The truck was impounded, and troopers first called the case suspicious in September.

"Based on the scene investigation of the pickup and where Buckwalter was last seen, Buckwalter's disappearance is suspicious and foul play is suspected," troopers wrote. "ABI is investigating the missing persons case as a death investigation and looking for additional leads regarding the case. No additional information is available for release due to the status of the investigation."