From 91 books to 93,000: New Wasilla public library opens this week 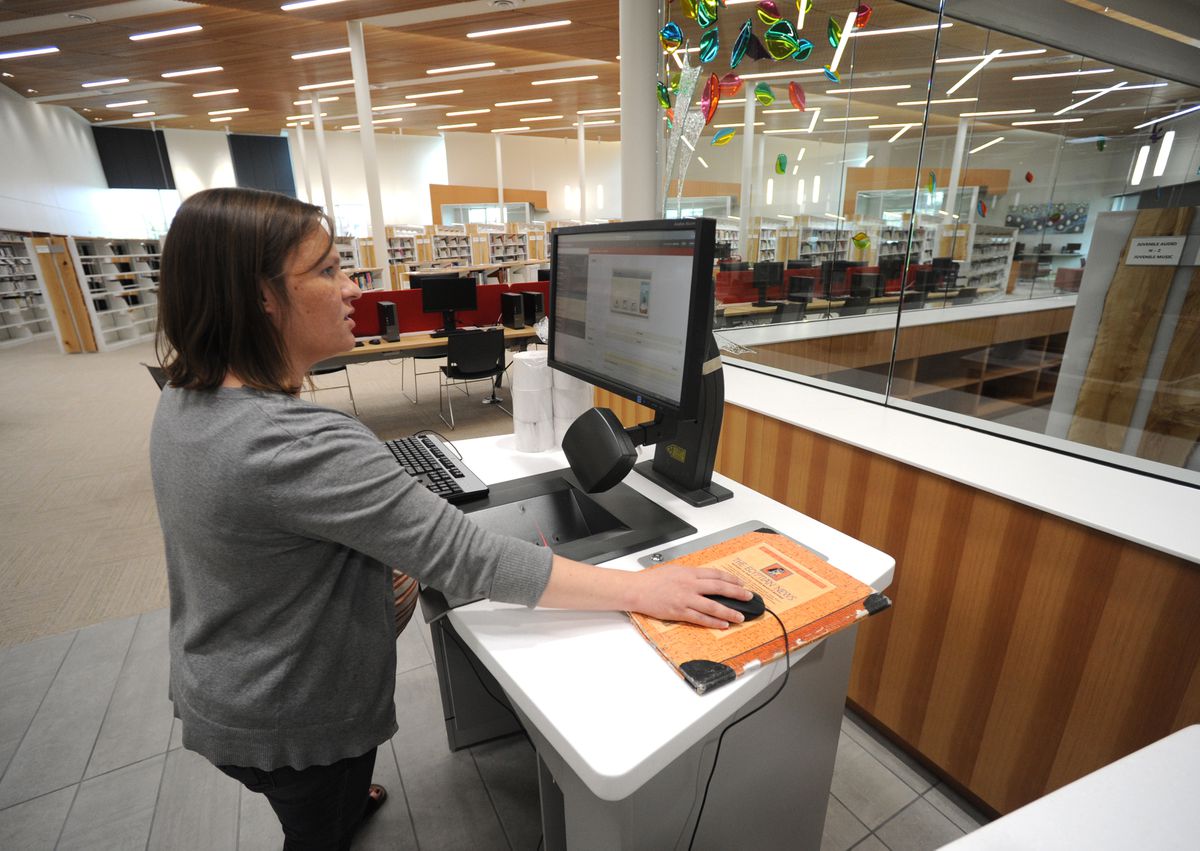 WASILLA — The first public library in this Mat-Su city began in 1938 with 91 books.

This week, Wasilla unveils a new 24,000-square-foot library to hold more than 1,000 times that number — and boasts 93 parking spaces along with an amphitheater. A ribbon-cutting at 2 p.m. Thursday will be followed by a public open house until 6:30 p.m.

The library — three times the size of the existing one — will have 93,000 books when fully stocked, according to Wasilla Mayor Bert Cottle. It will also have a community-center atmosphere and enough space for meetings or trainings of nearly 200 people.

The modern, airy library officially opens at its new location at 10:30 a.m. Friday.

The new building, located near Wasilla Middle School on North Crusey Street, replaces a cramped 55,000-volume facility on Main Street the library has occupied since 1978.

The new library building cost $15 million, with the bulk of that money coming from a temporary, 1 percent sales tax increase approved by voters in 2013 with the express purpose of paying for the library. The increase raised the city sales tax to 3 percent. The library tax hike ran through the end of last year, after voters rejected a city bid to make the increase permanent.

The city decided to "shut down" the sales tax after it generated $12.2 million because other funding sources came in earlier than expected, Cottle said.

More than $2.7 million came from a variety of sources, including nearly $1.9 million from the state and smaller grants and donations from the Rasmuson Foundation, Friends of Wasilla Public Library, the Foraker Group, Mat-Su Health Foundation and 400 business and individual supporters, according to a city statement.