Troubled Mat-Su ferry gets a new name in the Philippines, leaving its checkered past behind 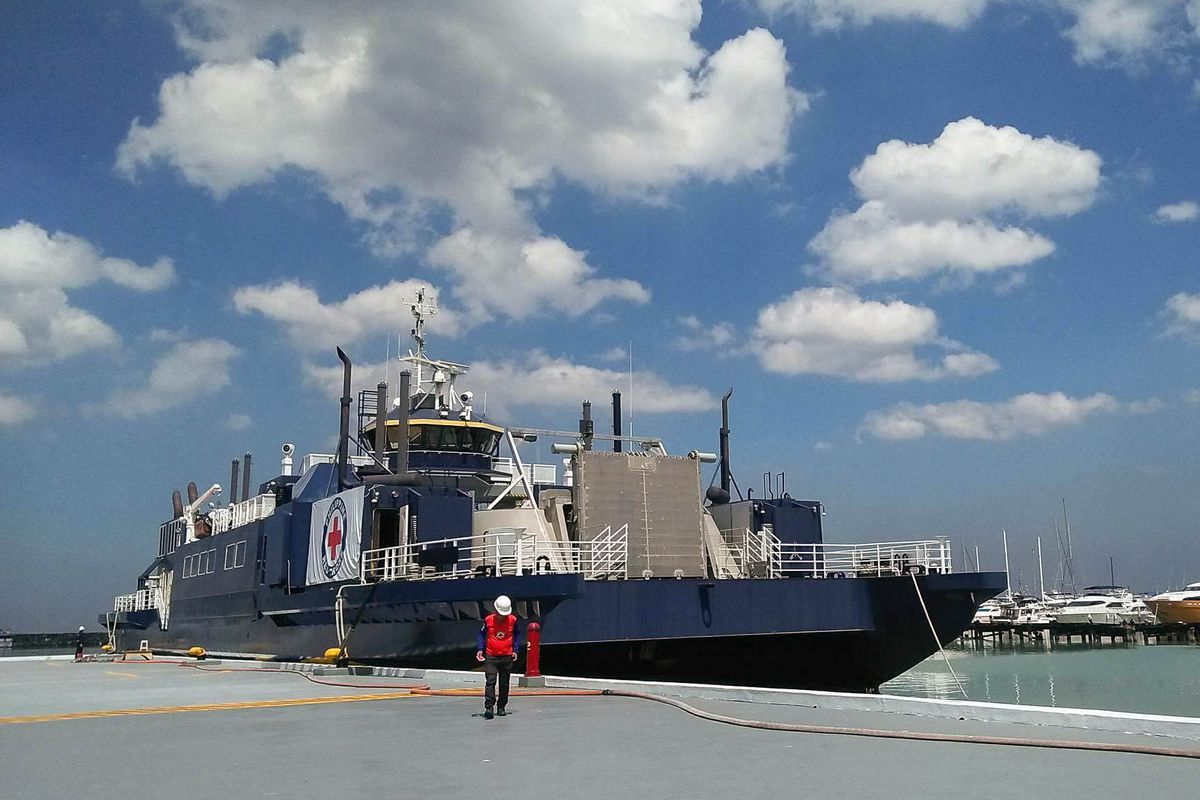 That's the name bestowed upon the ferry after a naming contest conducted by the ferry's new owner, the Philippine Red Cross.

The organization revealed the name at a press conference Monday in Manila attended by Red Cross dignitaries from several countries including Japan, Germany and the United States. Philippine President Rodrigo Duterte on Tuesday christened what Red Cross calls the country's first and only humanitarian ship to be used as a marine ambulance and disaster response vessel.

The 198-foot vessel started its life as a U.S. Navy prototype acquired in 2011 by the Matanuska-Susitna Borough after the late U.S. Sen. Ted Stevens wedged an earmark into a Department of Defense spending bill.

The Susitna was transformed from a beach-landing barge with some ice-breaking abilities to a ferry at a Ward Cove shipyard. A $12.3 million federal grant paid for design, engineering and a $4 million ferry terminal at the borough port on Point MacKenzie.

But the high-tech vessel never left the dock, thanks to a combination of funding and political shortcomings.

The borough finally sold the ferry to the Philippine Red Cross last year at a loss: $1.75 million instead of the $6 million borough officials had originally sought.

Officials here liked to call the Susitna the borough's "free" ferry. It wasn't. A combination of grant matching fees, maintenance and repair costs tallied more than $10 million. The Federal Transit Administration in 2013 demanded Mat-Su repay the $12 million grant, but that has yet to be resolved.

The borough is still negotiating with the Federal Transit Administration to lower the grant repayment, borough manager John Moosey said this week.