After Allie the alligator, a Valley shop is inundated with reptiles in need of rescue 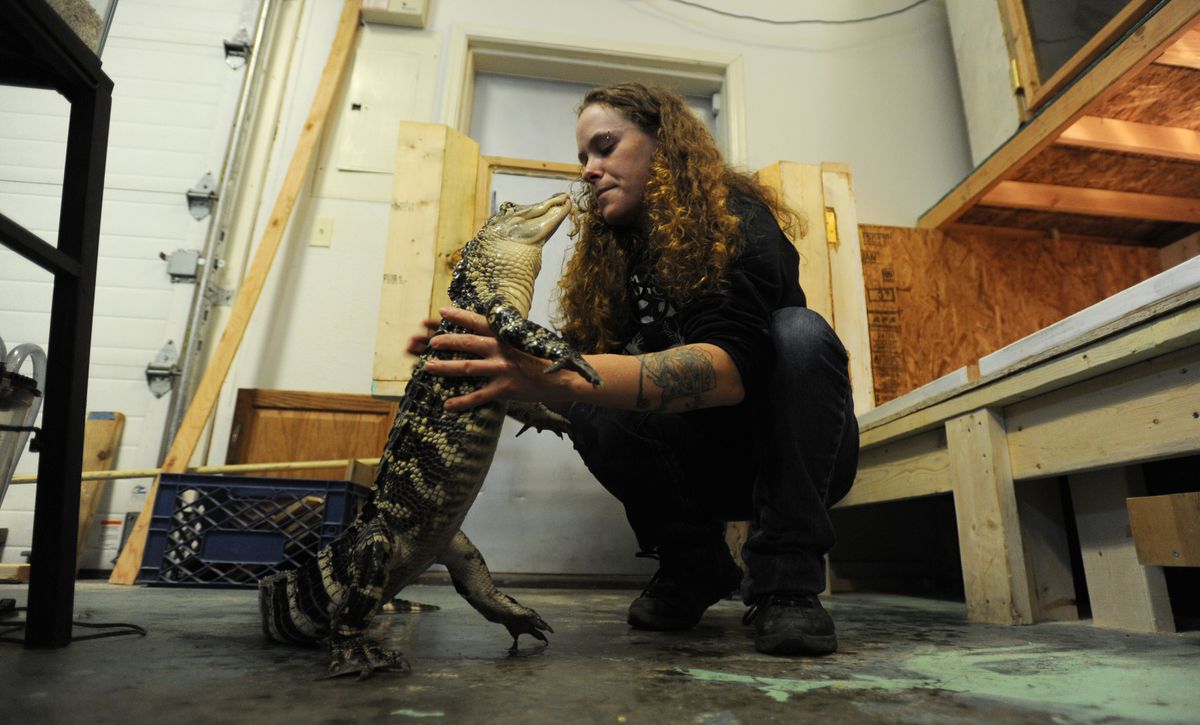 Next came the publicity about the place that took in the gator: a little-known fish store and reptile rescue in a Meadow Lakes strip mall.

[This is the story of Allie, the alligator from Wasilla that got too big for its bathtub]

"Most came in within the first couple of days after Allie aired," owner Sheridan Perkins said. " 'I didn't know you were here. Will you take my turtle?' … I just filled a need that the community had that most people overlook."

At last count, the recent additions included two pythons, a crested gecko, two Russian tortoises, five turtles — including one that came in frozen and nearly dead — and a savannah monitor lizard Perkins describes as aggressive yet "super sweet."

But the sudden influx of rescued reptiles is overwhelming the shop that Perkins says she built from the ground up on a limited budget and at the expense of "two houses, a relationship and my credit score."

Perkins, who lives in a one-bedroom apartment above the shop with her two sons, has started a GoFundMe account.

The new additions are adding up, she said, especially the turtles. She cautions potential buyers to be ready for a pet that lives for decades and sometimes packs a wicked chomp.

At least one local retail source of turtles is trying to help: PetZoo in Wasilla is unofficially holding off on any new turtle purchases for now, a representative said.

Petco in Wasilla isn't taking on any new turtles either because their tanks are full, a representative there said.

Why so many turtles? People buy them and don't realize how much it costs to maintain them — and how long they live.

Meanwhile, Allie is thriving in his new home.

He eats moose and caribou meat and loves to hug Perkins, who spends several hours a day giving him attention. She built him an enclosure with a 120-gallon pond and a basking area. He roams the store when no customers are inside.

He belongs in Florida on a preserve, she said. "Alaska's not really the best place for a 20-foot alligator."