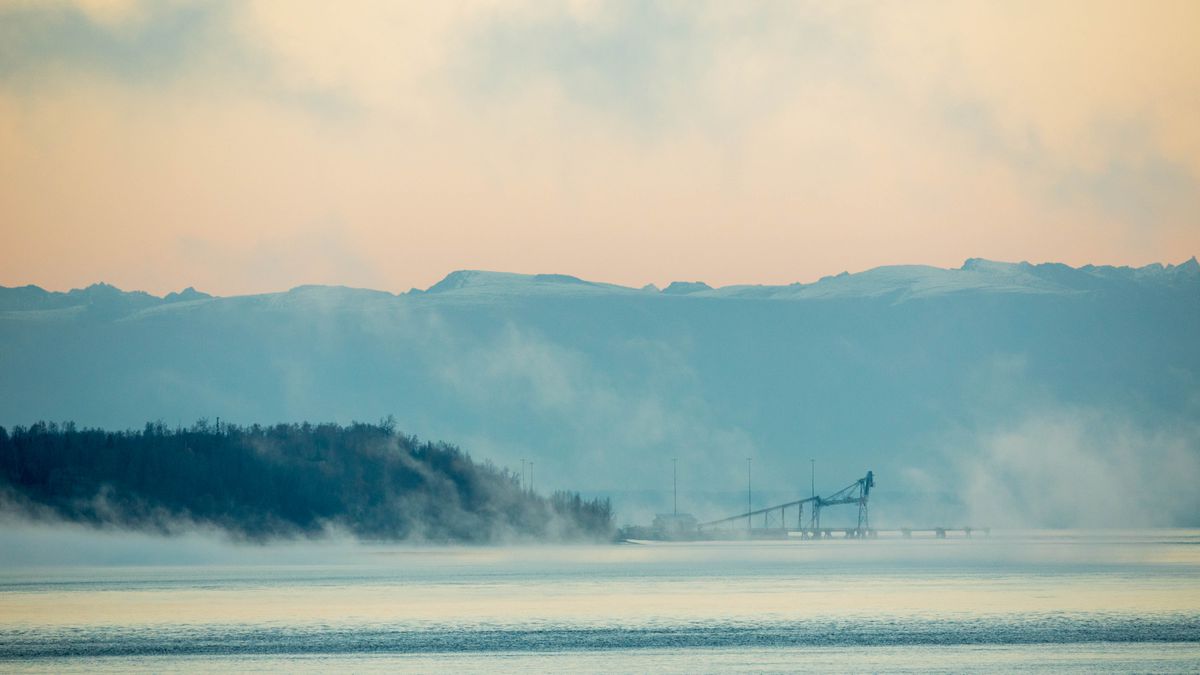 PALMER — The Matanuska-Susitna Borough says an evaluation of the best place to put a giant proposed natural gas liquefaction project inaccurately and unfairly left out the borough's beleaguered port.

The state's Alaska Gasline Development Corp., which is leading the $45 billion Alaska LNG project, selected a preferred site in Nikiski more than four years ago after looking at about two dozen potential locations around Southcentral Alaska.

Throughout the lengthy site selection process, Mat-Su officials say, they were led to believe the borough's port on Point MacKenzie was in the running.

Instead, they now say, AGDC based the site analysis on an undeveloped stretch of mudflats at Mule Creek — 3 miles north of the port.

Borough officials on Jan. 9 filed a motion asking to intervene in the federal licensing process and participate in future proceedings. If successful, they expect to ask that AGDC do another analysis, this one of the port.

"They were evaluating a mud pit, and not the port," borough manager John Moosey said in an interview Tuesday. "I'm saying that out of frustration. We have Port MacKenzie, it's being used … and yet they're not examining Port MacKenzie, they're examining the mudflats 3 miles up."

But the AGDC says the borough port was never really in the running.

"The LNG project team at the time did not consider the port site because of the incompatible land use," she said.

The project, with a liquefaction plant and marine terminal, is designed to export up to 20 million metric tons of liquefied natural gas to Asia every year.

The Mat-Su action isn't the first spat between municipalities over the Alaska LNG location. The Alaska Gasline Port Authority in March 2017 submitted a lengthy report urging the FERC to select Valdez over Nikiski.

For its part, the Mat-Su Borough contends that AGDC and federal regulators may have violated the National Environmental Policy and Clean Water acts by failing to include a legitimate analysis of Port MacKenzie.

Borough officials claim they received assurances the port would be analyzed, even during visits to the port by project team leaders.

The borough "continually raised concerns" between 2014 and 2017 about AGDC and prior project managers with ExxonMobil calling Port MacKenzie by the name Point MacKenzie, the borough's internal auditor said in a late December letter to FERC.

The licensing process for the LNG project is about to advance to the Environmental Impact Statement stage. That step analyzes a project proposal — plant sites, pipelines — partly for the alternative that does the least environmental damage.

The mostly vacant port would need significant — and costly — upgrades to house such a large-scale project. A railroad line from the port to the Parks Highway remains unfinished and $125 million short of completion.

The borough discovered what it views as the incorrect site in mid-November when Wilson came across aerial photos filed as part of the federal review.

The borough contracted with Millcreek Engineering Company for less than $5,000 to evaluate the differences between the analysis of the Mule Creek location and the conditions at the port, according to Wilson. The company issued a report in December recommending the port be "considered as a viable and possible preferred site."

The borough has contracted with Washington, D.C., law firm Venable LLP to handle the FERC filings. Borough attorney Nick Spiropoulos said Tuesday he expected the contract to cost under $20,000.

A 15-day period is open for other parties to file opposition or support for the borough's motion, Spiropoulos said. After that, the commission can make a ruling.