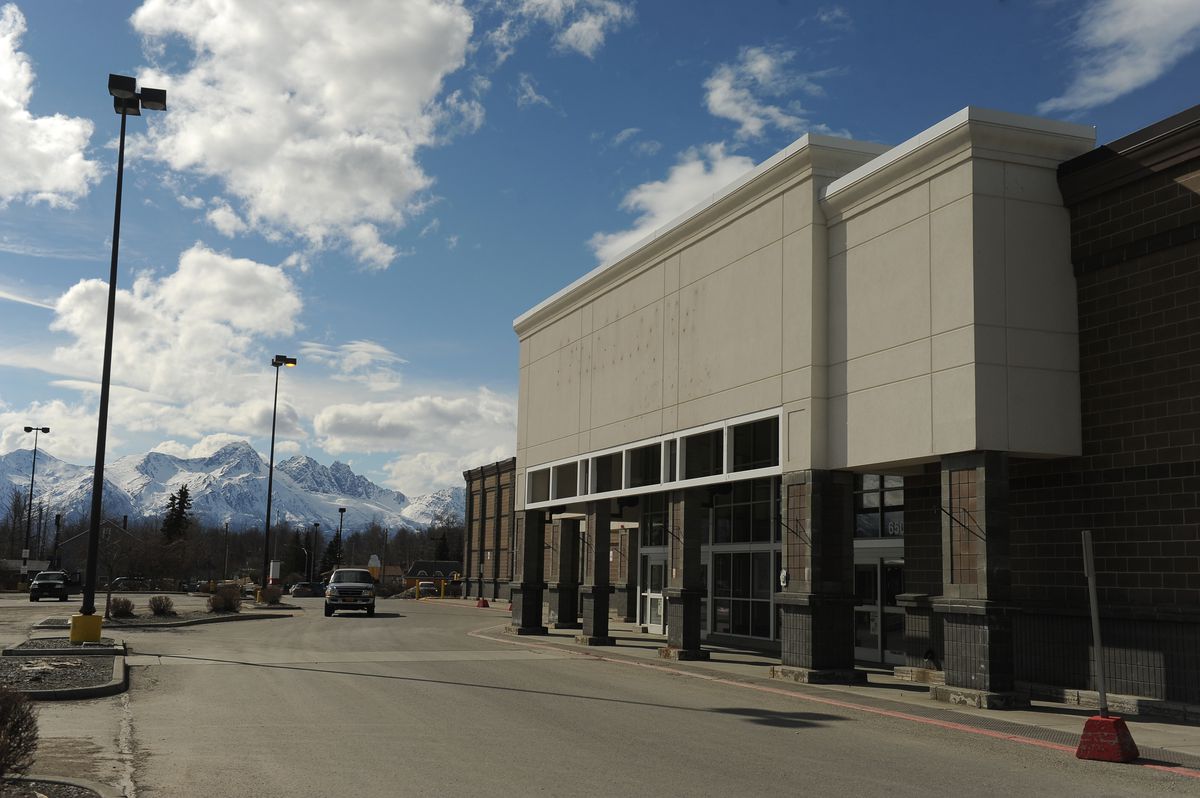 PALMER — The talk of the town for the past year was the quest for a new tenant to fill the empty former Fred Meyer store.

Talk shifted to uproar last week when a proposal for an indoor shooting range surfaced.

The controversy stems from the potent combination of downtown-proud Palmer residents and broader concerns about guns.

The state-of-the-art range — 29 lanes up to almost 200 feet long — is proposed by a local company called Valkyrie Security and Asset Protection Inc. that promises to drum up local taxes and hire 60 to 80 people.

The proposal has generated such a debate that city officials delayed a decision in order to give the public more say.

Some in Palmer, a community of 7,000 with roots in a New Deal farm colony, don't think the range fits with the small-town atmosphere.

"I don't believe they're even thinking about putting a shooting range across from a day care center, by the post office, by where I get my eyes examined, my bank, in our cute little town of Palmer," said Carol Ryan-Aube, a retired Palmer High School teacher who's lived there for 20 years. "I mean, you know, it belongs on the outskirts."

That's not a universally held opinion.

Some say a large, well-run and conveniently located indoor range would be a boon to an area where hunting and shooting are hugely popular but legal places to fire weapons are few and far between.

There is a smaller, 12-station indoor range just outside Palmer and a state-run outdoor range up Maud Road in Butte. But the outdoor range gets busy and is reached after 2 miles of axle-munching potholes, especially this time of year.

Wasilla resident Damon German says his options are limited when it comes to shooting for fun and relaxation, to sight in hunting rifles, or to take target practice with his two daughters, son and wife.

Sometimes German heads to the Jonesville Mine Road area above Sutton, but the "young people drinking and riding around" spook him, he said. He sometimes goes to the state's Rabbit Creek Shooting Park in South Anchorage because he works in the city, but an indoor range in Palmer would be ideal.

"I definitely see a need for it," said German, who added he has used large indoor ranges in Colorado and Nevada. "From the outside of the building, you cannot hear the shooting."

Lots of people suggested some kind of community center.

None of those options materialized.

The building's price tag is $6.5 million, according to a Jack White Real Estate posting. The agent handling the sale didn't return calls for comment.

There was scarce information about possible tenants until last week, when Valkyrie's proposal surfaced in the city council packet.

There's reportedly also an offer on the table from U-Haul, but that only came to broad public attention at Tuesday night's council meeting and is not being confirmed by the company.

The range, however, needs a noise permit. That's what was up for a hearing Tuesday night before the council voted 4-3 to delay a decision.

The council is expected to make a decision April 24 after another hearing.

The administration is recommending Valkyrie get the permit with a review every other year to ensure compliance with noise abatement and National Rifle Association standards.

Clark said the facility would have 21 public-use lanes 75 feet long and eight for private rental that are 196 feet long. The design by a Los Angeles firm includes thick concrete walls and surpasses minimum requirements established by state and federal agencies, he said. Staffers are licensed NRA instructors.

All of the roughly dozen people who came to Tuesday's meeting opposed the range or the lack of advance notice, city councilor Sabrena Combs said, adding that she only found out last Friday when she looked at her packet.

"We just felt, I felt, we just needed to give the public a little more time to chime in," Combs said.

She acknowledged the council's dilemma: balancing the desire to attract local business with land-use concerns.

"My first instinct was, 'I don't want that in my yard either,' " Combs said of the range. "But I also know I would rather have a locally owned business over a corporate business."

Another council member, however, said he voted against the delay because many of the public concerns he heard about guns being mishandled or accidentally discharging had nothing to do with the noise permit.

"I'm very much on process. We can only answer the question that is being asked," council member Richard Best said. "And instead we got mired in all these what-ifs and kind of down in the weeds about opinions of firearms."

From zero to two?

The range is far from guaranteed, even if the city approves the noise permit.

Valkyrie owner Clark says the delay — based on concerns that go beyond the noise permit  — could ruin his chances of buying the building, so he's looking at other properties.

He said Valkyrie and U-Haul sent letters of intent to buy the building within 24 to 48 hours of each other. The permit would have given him the permission he needed to proceed with his offer.

"It was a little disappointing to have it postponed," Clark said. "It just kind of went into the weeds a little bit."

Plans also call for an apparel store and potentially a weapons manufacturing business. Along with the range, Valkyrie is also seeking a manufacturing license from the Bureau of Alcohol, Tobacco and Firearms, most likely to make custom guns.

Ryan-Aube says she'd rather have a Walmart in that space — fighting words given the backlash that dogged that giant retailer when it proposed a store at Palmer's edge more than a decade ago.