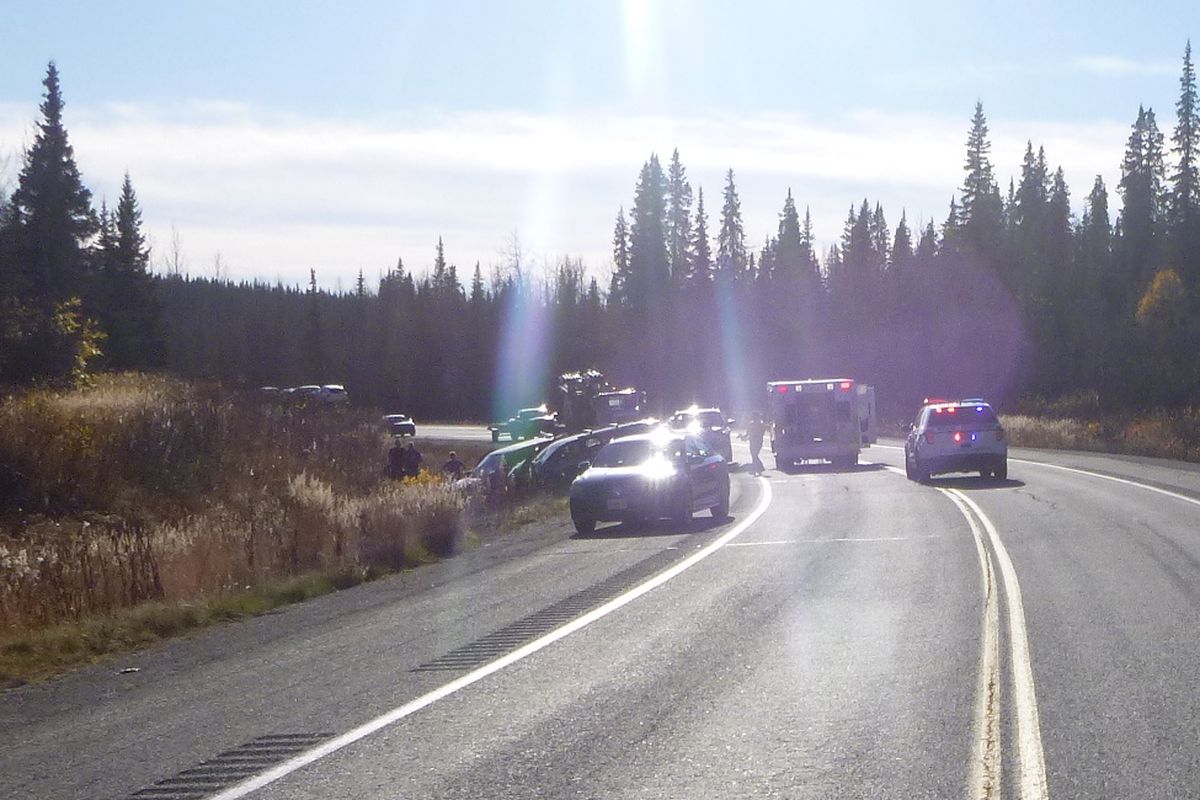 Four men died and a toddler was among the injured in a collision Monday afternoon on the Parks Highway about 25 miles south of Cantwell, according to Alaska State Troopers.

Troopers got word of the crash near Mile 185 just after 3 p.m., the agency said in a dispatch.

According to troopers, a 2017 Dodge van was passing a commercial vehicle in a no-passing zone when it collided with a 2007 Ford F-150 pickup in the opposite lane.

The van's driver, a 56-year-old man, and a passenger died in the collision. Two other men in the van died during transport to a hospital, troopers said late Monday.

A fifth person in the van was critically injured and was flown to an Anchorage hospital, troopers said.

The occupants of the pickup were family members, troopers said. A 23-year-old man was driving the truck, and the front-seat passenger was a 21-year-old woman. A 2-year-old boy in the truck was flown to an Anchorage hospital with serious injuries, troopers said.

The names of those involved were being withheld pending positive identification and notification of family, troopers said.

Check back for updates.