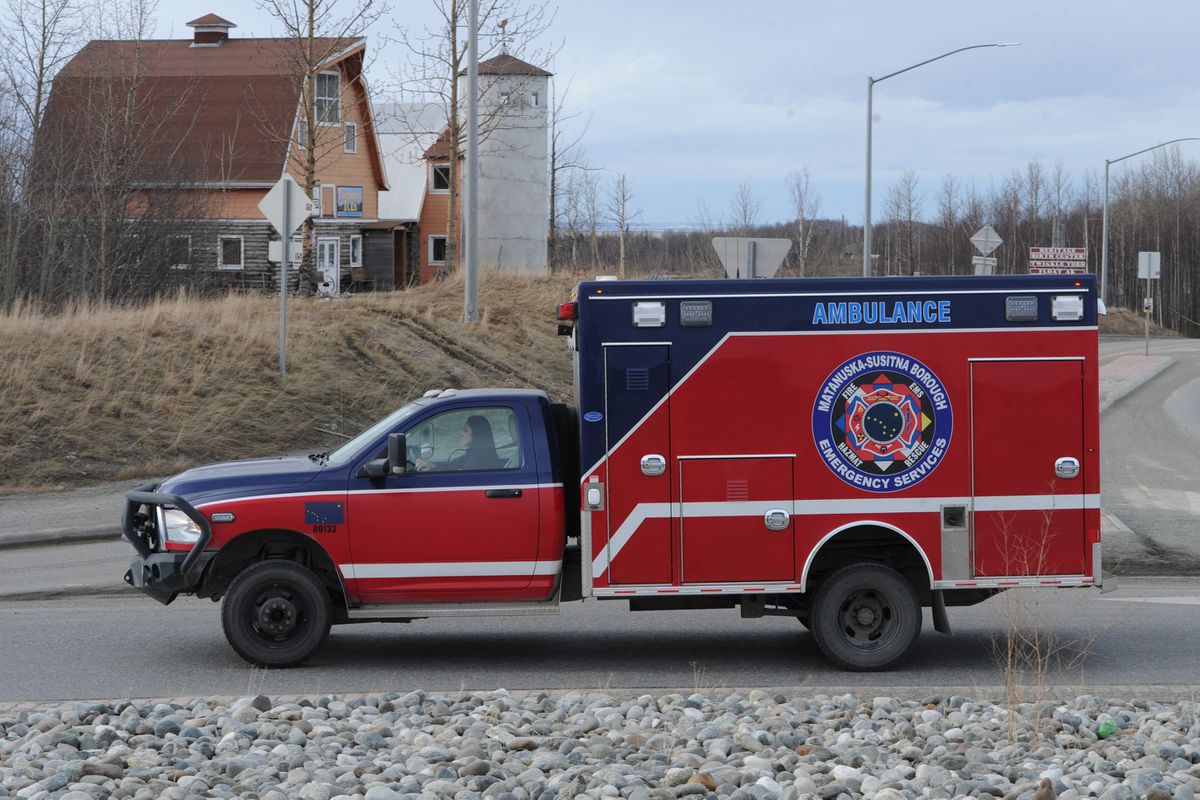 PALMER — Ambulance calls in Mat-Su are undergoing an upheaval as the fast-growing borough shifts to more full-time medics after relying on community members for decades.

Paramedic Ginny Jackson and her husband work on ambulances for a living, but when their daughter broke her skull, they drove her themselves from their Wasilla-area home to Mat-Su Regional Medical Center.

They couldn’t take the chance of a long wait for a borough medical crew, Jackson said at a meeting about changing the medic model earlier this month.

“We put her in our car and we drove her to the hospital,” she said. “Because we knew we’d get there faster than an ambulance.”

Right now, there are 18 ambulances stationed across a borough the size of Ireland, but only four that are always staffed: one in Palmer, two in Wasilla, and one in Meadow Lakes near Big Lake.

One new ambulance will be added at Sunshine, where the Talkeetna Spur Road meets the Parks Highway, officials say. Another will serve as a “floating” ambulance that serves different parts of the borough based on call volumes.

Borough emergency officials say they’re paying too much overtime now, and the paid on-call responders can’t be reliably scheduled the way full-timers can.

Money to make the change will come from a combination of on-call funds, overtime funds and changes that will provide savings in the operating budget, according to Ken Barkley, the borough’s acting emergency services director.

It will not cost extra money this budget cycle but will cost at least $200,000 annually in coming years, borough officials say. The borough’s current paid on-call medics will be offered the new jobs.

The number of calls in Mat-Su is maxing out the borough’s medical response system, officials say. On-call responders generally take longer to respond because they have to leave home or work first, sometimes waking in the middle of the night to drive to ambulance bays before heading out on calls.

But some critics of the new policy say the transition spells the end of an already dwindling corps of local responders, particularly in outlying areas from Sutton and Butte to Willow and Trapper Creek, who may be the first responders on calls. The borough’s on-call fire and medical force totals about 300, of which 55 serve in an emergency medical rather than fire or rescue capacity. Five years ago, the total was around 475.

Paid on-call responders are allowed to work at most 29.9 hours a week and without benefits.

They make 25 to 50 percent less than full-time counterparts yet must meet the same training standards, according to Sally Beach, an Emergency Medical Services captain in Butte.

“I am in total agreement that we need more full-time staffed ambulances,” she said. “But before you strip our budget to fund this, please take care of this issue of the pay disparity. On-call and part-time responders deserve an equal wage.”

Only one of the new ambulances will be dedicated to serve the more lightly populated Upper Susitna Valley and none are specifically dedicated to Butte, Sutton or the Glenn Highway toward Lake Louise, though the “floating” ambulance could provide service to those places.

Barkley in an email said the new positions will be based where they can most readily respond to areas where the call volume warrants the extra resource.

The most likely first step will be a crew at the new station in Sunshine, with the second crew being a more flexible asset based on historical norms for the time of year and time of day, and which on-call responders are available, he said.