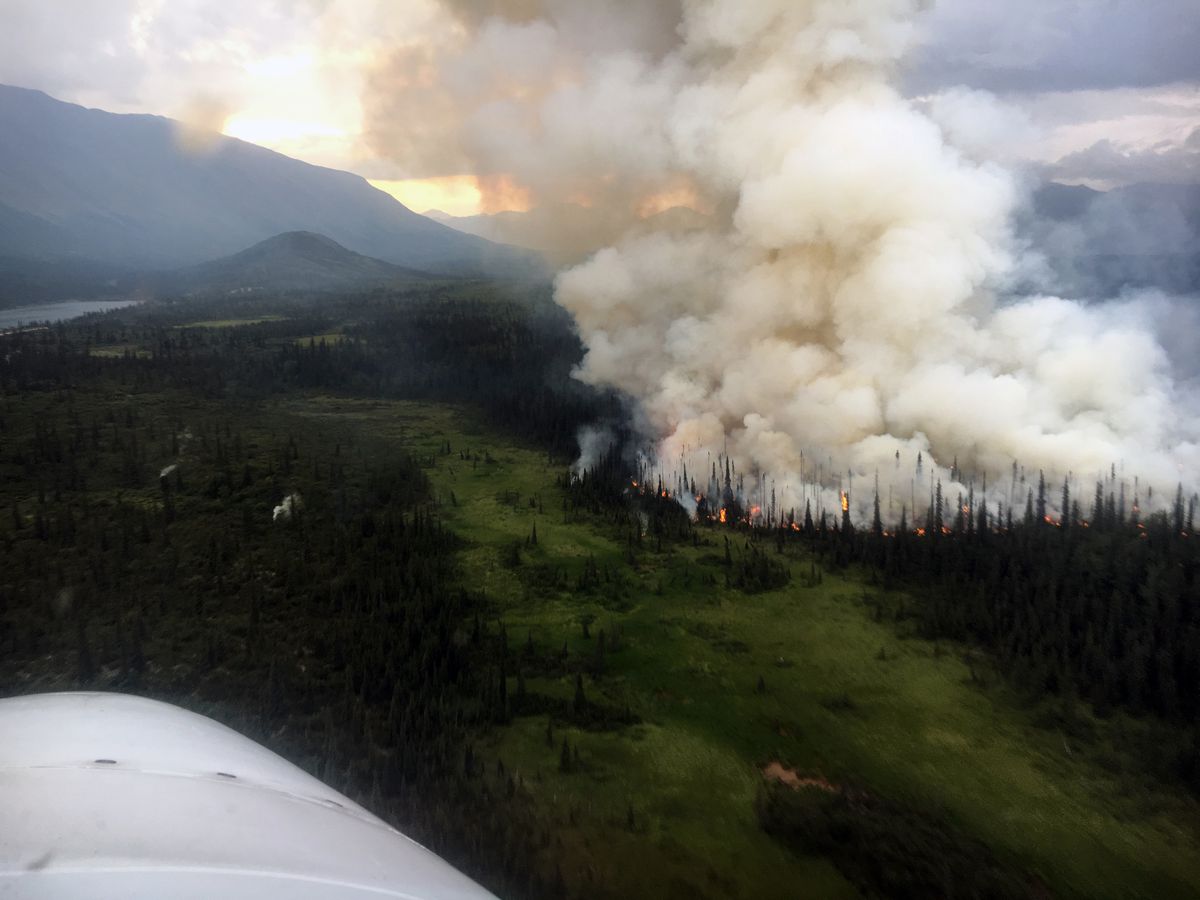 The fire was reported by a pilot just after 8 p.m. and grew from 3-5 acres to 120 acres Wednesday, according to the Alaska Division of Forestry. The fire was a half-mile from the lodge’s runway. People plus two dogs at the lodge were evacuated by Pave Hawk helicopter to Anchorage. A summer adventure camp was underway at the time.

Rainy Pass Lodge, located about 125 miles northwest of Anchorage and just south of the crest of the Alaska Range, is the oldest hunting lodge in Alaska and was founded in 1937. A museum at the lodge includes antique guns and fossils.

The lodge serves as a checkpoint on the Iditarod Trail Sled Dog Race. Along with the main building, there are 10 other cabins and structures in the area.

Twelve people from the lodge spent the night in a shelter at American Red Cross of Alaska headquarters in Anchorage, the Red Cross said.

Twenty horses at the lodge were released for their safety, fire officials said. They are currently on site.

Weather prevented air tankers requested from Palmer and Fairbanks from reaching the fire right away, officials said. A load of smoke jumpers en route from Fairbanks had to divert to McGrath.

Three state firefighters from Mat-Su flew by helicopter to the fire Tuesday night and worked late into the night to protect the lodge and a fuel cache located at the end of its runway, the Forestry update said.

By Wednesday afternoon, the weather cleared enough to allow crews into the fire including some smoke jumpers, according to public information officer Sarah Saarloos. A Mat-Su Area Type 2 hand crew was being shuttled in from the Talkeetna airport. A 14-person helitack squad from the Plumas National Forest in California was waiting to be transported to the fire Wednesday evening.

Light rain fell on the fire, which helped slow its spread, Saarloos said. It remained about a mile from the lodge by midafternoon Wednesday.

Correction: A previous version of this story incorrectly reported that people at Rainy Pass Lodge were evacuated by Black Hawk helicopter instead of a Pave Hawk.