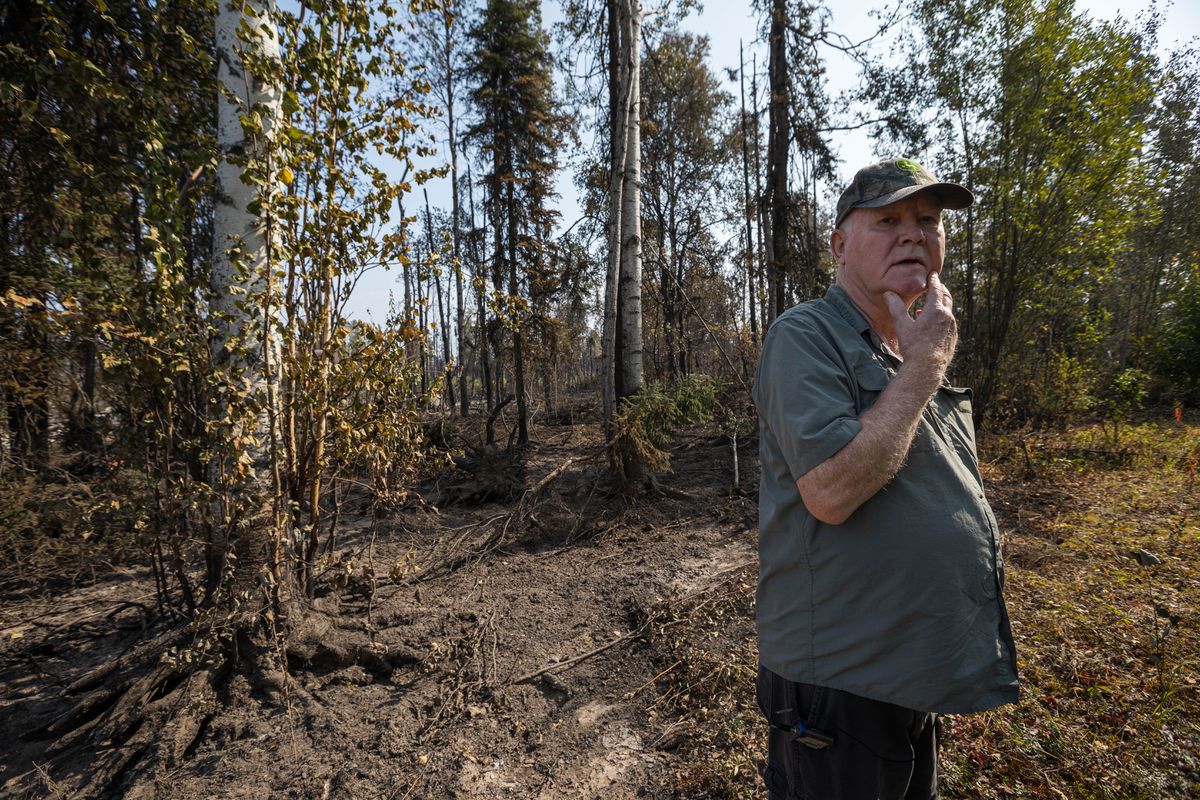 When Sandy Petram saw the dark red smoke from the McKinley fire blowing over her home near Sheep Creek Lodge last Sunday (Aug. 18), at first she wasn’t worried. “Looking at the flames and the red clouds, we knew it was close,” she said. She wasn’t yet concerned because she and her husband, Pete, had spent the last 20 years working to create defensible space around their home, which they had homesteaded in the late 1970s.

Taking a lesson from the devastating 1996 Millers Reach fire, which burned over 300 structures near Houston, the Petrams painstakingly cleared trees from around their property, even going as far as hiring a contractor to take out all but one spruce tree from their 20 acres. “It was kind of our Christmas tree,” said Pete.

When they finally evacuated on Sunday, Pete and Sandy had no idea if they would ever see their Christmas tree, or their house, again. “Around 4 p.m. or so, my wife heard a big explosion,” said Pete, “which was probably the propane tank at Camp Caswell exploding.”

They grabbed their dogs and loaded them into their car, which was already packed, and began to drive the third of a mile from their house to the highway. “By the time we got into the car and started down the driveway, the trees were already torching across the top of the driveway.”

Officials say the McKinley fire has destroyed 51 homes, three businesses and 84 outbuildings since it started last Saturday north of Wasilla. Gov. Dunleavy issued a disaster declaration Friday for the Matanuska-Susitna and Kenai Peninsula boroughs, a move that opens up aid to residents affected by the McKinley fire and others burning across Southcentral Alaska.

Driving back to their house Tuesday, Pete was relieved to see his home and outbuildings still standing. “It was a relief to realize that everything we had done paid dividends,” he said.

On Friday, Sandy was picking raspberries from her garden and weeding a row of rhodiola. A birch tree not far behind her was still smoldering at the roots. For her neighbors, it’s not all good news: Their neighbor to the east lost everything. Just 100 feet from Pete and Sandy’s property line, the fire burned so hot that it melted the windshield in a car.

“My neighbor to the north, his strawberries and raspberries have a coating of retardant on them,” Pete said. “But he is grateful for that.”