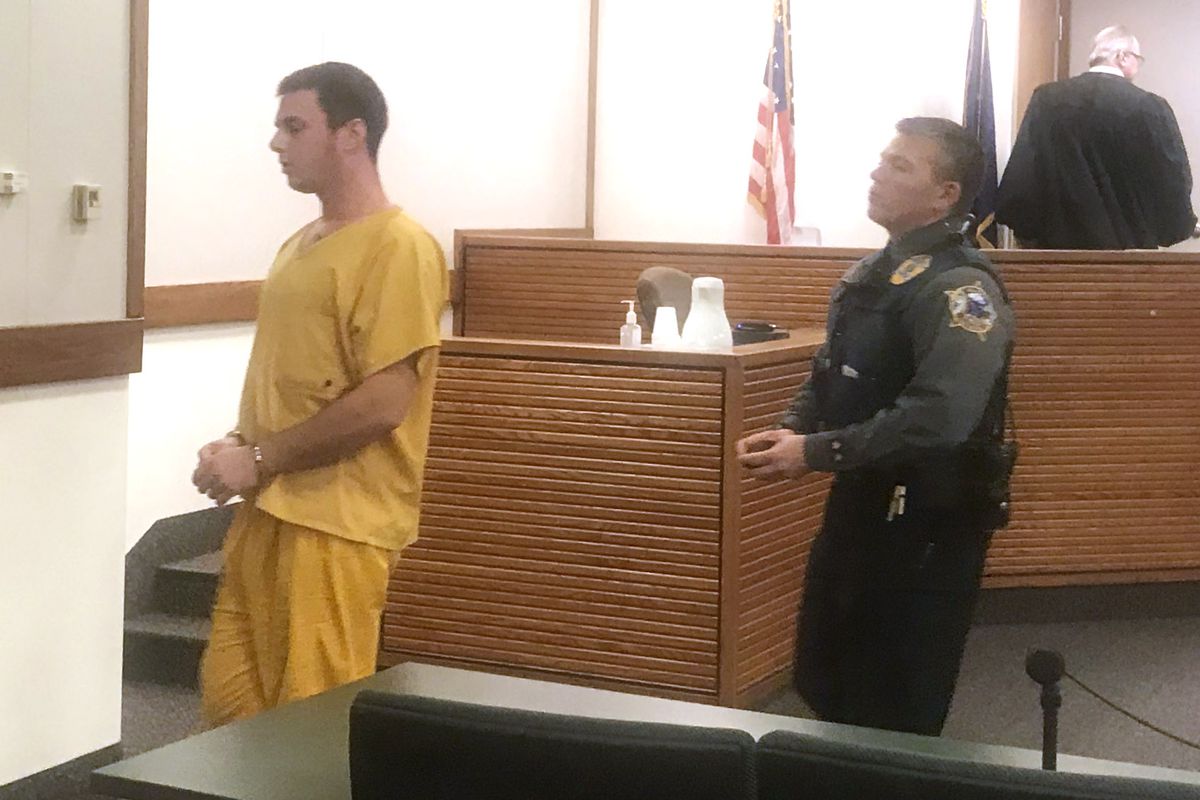 PALMER — The man accused of killing Alaska State Trooper Dallas Massie in a late September collision in Wasilla was estimated to be driving nearly 60 mph in a 25 mph residential area.

Jacob Moreland also had alcohol in his system at levels more than twice the legal limit for driving, according to testimony during a bail hearing in Palmer Superior Court Monday.

Moreland, 22, was indicted by a Palmer grand jury earlier this month on charges of criminally negligent manslaughter and driving under the influence.

Friends and family of both Massie and Moreland attended the hearing.

Massie’s son, Doug, said Moreland exhibited “extremely reckless behavior by any standard” and then did not turn himself in promptly once he was charged. When he was arrested at a Wasilla home Dec. 7, he smelled of alcohol and was belligerent, said Doug Massie, who serves as director of the Alaska Wildlife Troopers.

“We’re lucky he didn’t kill anyone else that day,” Massie said.

Moreland’s attorney, Joshua Fannon, questioned the validity of the accident reconstruction done for the fatal collision. Fannon said he had personal experience with several other similar cases in which the troopers’ reconstruction was later proved wrong or lacking.

He also said troopers, acting on an anonymous tip, arrested Moreland the night before he planned to turn himself in. Moreland, a cement mason with relatives who are longtime Mat-Su residents, has a clean criminal record.

If he makes bail, Moreland will be released on house arrest with electronic alcohol monitoring and controlled substance testing as recommended by the state Pretrial Enforcement Division.

Troopers in previous reports said Moreland was driving a 2005 Chevrolet pickup the evening of Sept. 26 when it hit the driver’s side of the 72-year-old Massie’s 2006 Dodge pickup. Massie had a stop sign but Moreland did not, Fannon noted Monday.

Both men were taken to the hospital. Massie, who lived in Wasilla, died of injuries he sustained in the crash. Moreland suffered injuries described as not life-threatening.

Massie served with the troopers for 26 years before retiring in 2004, and later served as Nome’s police chief.

His widow, Alice Massie, also addressed the judge during Monday’s hearing and urged him to set bail high enough that Moreland didn’t leave the state.

“I really hope that he will be accountable and responsible for his decisions,” she said.