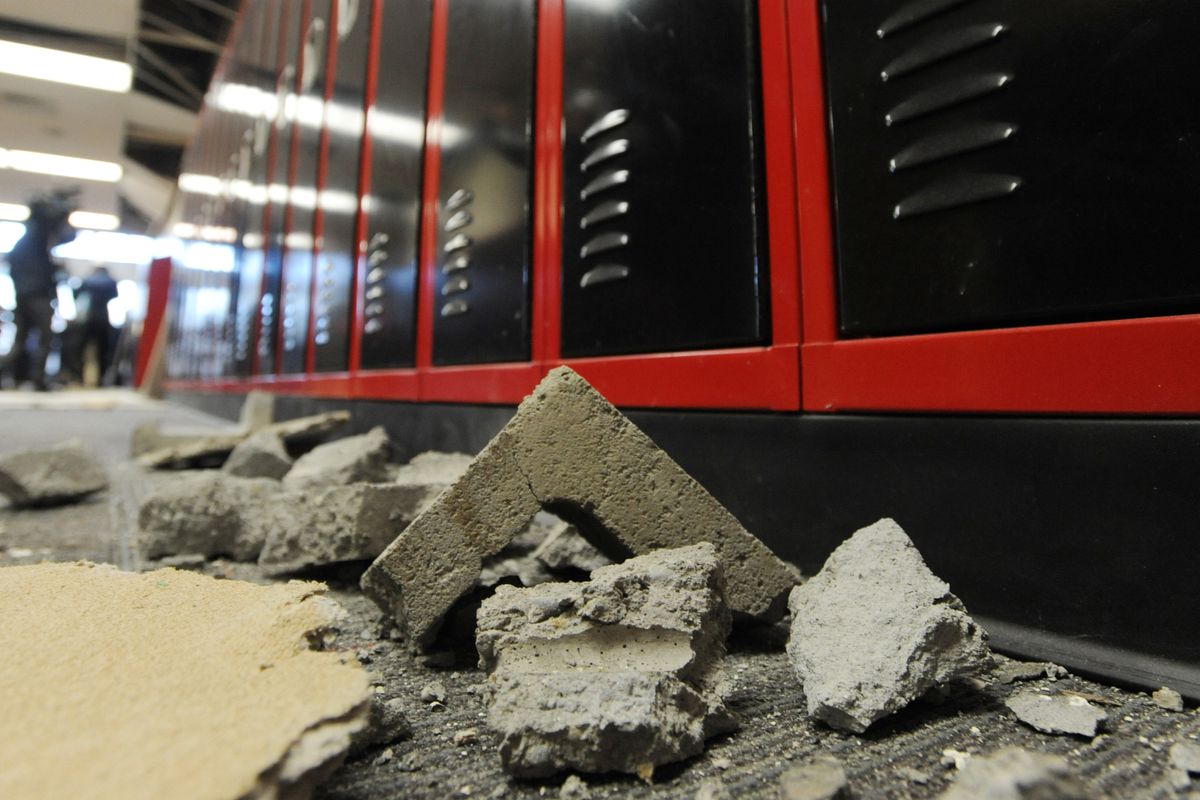 PALMER -- The Matanuska-Susitna Borough Assembly voted this week to move ahead on repairs to Houston Middle School, damaged in the November 2018 earthquake.

The 6-1 vote Tuesday night allows the start of design work on the reconstruction and repair of the facility, at an estimated cost of $29.9 million. Plans call for retrofitting the school for use as a high school.

Right now, middle schoolers are attending class at the current high school, where they contend with portable classrooms and restrooms, and not enough lockers for everyone.

During the magnitude 7.1 quake, the school was extensively damaged, including collapsed walls due to a construction technique involving stacked concrete blocks. The other two borough schools with the most damage, Colony middle and high schools, were built using the same technique. Students returned to those schools within weeks.

The assembly decision came after several officials, including Houston’s mayor, expressed dismay at the slow pace of action miles from the “core area” around Palmer and Wasilla, where most of the borough’s population lives.

Houston Mayor Virgie Thompson described sixth- and seventh-graders without lockers lugging their day’s worth of supplies from portable to portable in backpacks, and no running water in science labs. Thompson said repairs to a core-area school would have been prioritized.

Instead, she said, locals were getting “a total runaround with no answers.”

Borough officials had cited uncertainties about compensation from the Federal Emergency Management Agency, Mat-Su School District Superintendent Monica Goyette said during Tuesday night’s meeting. But there’s already enough insurance money -- $15 million -- to start design work on repairs to the gym and administration building, allowing the school to potentially open in August 2021 instead of waiting until 2022.

[SERIES | Shaky ground: A year after the 7.1 earthquake in Southcentral Alaska]

Houston had 383 middle school students last year who are now considered “unhoused,” Goyette said. They come in from the portable classrooms for lunch, music and gym.

But despite the school’s best efforts, she said, “they are still guests on the campus.”

The borough did select a design company in October, but then delayed progress based on concerns about a “gap of funding, and it’s not a small gap of funding," said Borough Manager John Moosey. The process of getting FEMA funds is slow, Moosey said.

Assembly member Dan Mayfield, from Big Lake, made the motion to direct Moosey to move ahead with the design phase.

“If this had been Colony or if it had been Palmer High School, this repair would have been done very expeditiously,” Mayfield said. “And the fact that it’s in Houston ... has not given it as much political importance.”

Jesse Sumner, an assembly member from the core area, bristled at that contention, saying he went to Colony and attended class in portables there too.

“It’s not an untenable situation for some period of time,” Sumner said. He said he supported moving forward with repairs provided there’s funding.

Assembly member George McKee voted against the design approval over his opposition to moving ahead on a project without having all the funding in place.