‘The failure is catastrophic’: Drivers fault delayed fixes for dangerous road near Wasilla 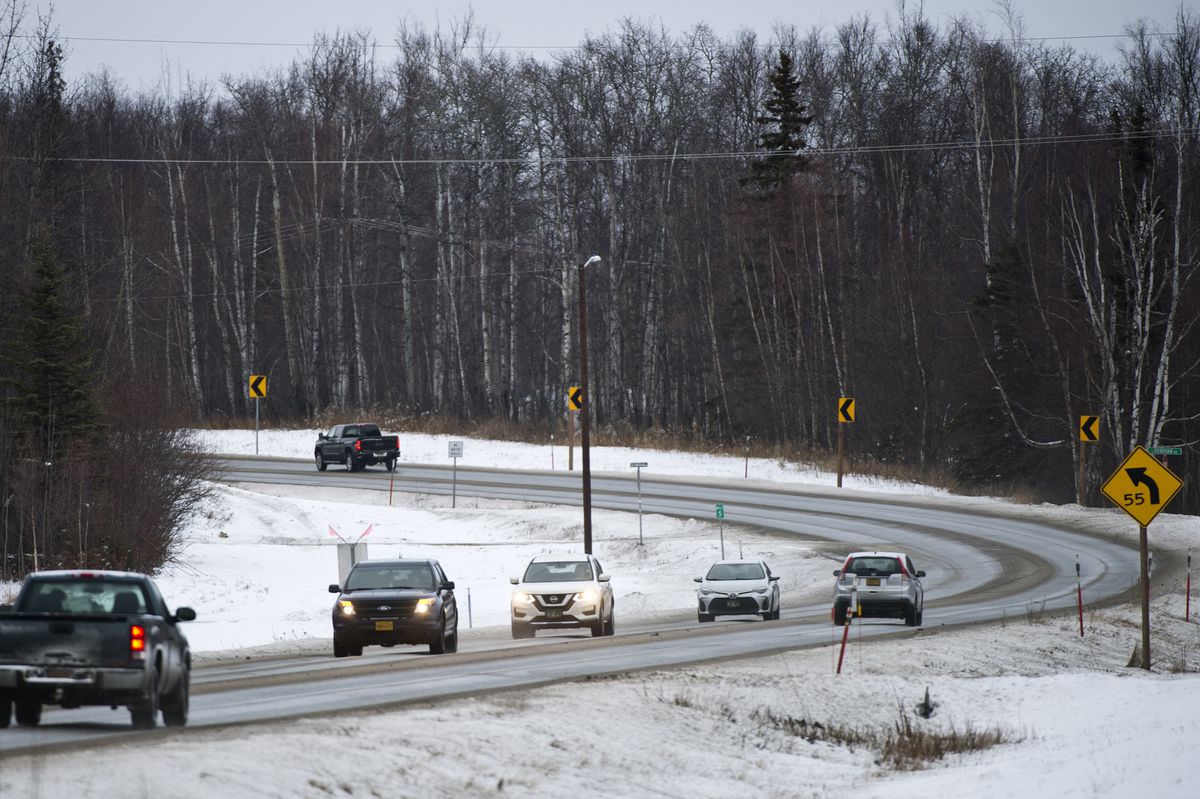 Arndt’s husband, Bill, was killed Dec. 9 when a pickup veered into his lane. Alaska State Troopers are investigating the cause of the accident.

Arndt spoke up at a town hall meeting Saturday in Wasilla convened to talk about public safety on the road known as “KGB” with a fatal crash rate four times the national average. People are blaming all kinds of factors — including ruts in the road — for her husband’s death.

Arndt pointed to the “sheer volume of drivers” along the narrow, rutted, dark and curving road.

“When it comes to keeping the residents who live off this road safe, the failure is catastrophic," she told a row of state officials and lawmakers, including Gov. Mike Dunleavy. “I don’t know how else to say it to you.”

More than 19,000 vehicles travel this road that leads from Wasilla to scores of subdivisions springing up west of town and four schools. In the last five years, it’s seen 250 accidents and 16 fatalities.

State transportation officials plan a $160 million project to create a four-lane highway for 8 miles from the Palmer-Wasilla Highway to Settlers Bay — plans that were delayed in 2016 by budget concerns.

People who drive Knik-Goose Bay Road say they face daily battles just to make a left turn onto a road choked with ever-increasing traffic as the area just west of Wasilla continues to be one of the fastest-growing parts of the Mat-Su Borough, which is the fastest-growing region of the state.

But it will be next year before work begins on substantive fixes, Alaska Department of Transportation and Public Facilities officials say. In the meantime, they say they’re trying to get funding to at least fill in ruts this summer and add reflectors to help visibility.

Dunleavy, who said he made Knik-Goose Bay Road upgrades a priority of his administration, promised to keep area residents in the loop.

The state’s project manager, Tom Schmidt, said his staff is working on road design as well as acquiring rights-of-way and moving utilities. Design work is about three-quarters finished, but the state still needs to acquire some or all of 200 properties along the route.

Construction on the first phase of the project out to Fairview Loop Road is planned to start in 2021, Schmidt said. Federal funding brings specific prescriptions that take time, he said. Work on the second phase, to Settlers Bay, is expected to start in 2023.

Numerous people who live along the road described personal hardships: getting rear-ended, watching someone else hit a moose, losing someone who had a dozen children. They also talked about adding troopers or reducing the speed limit to address fast drivers and dangerous passing.

Troopers a few days after the town hall announced they would increase patrols on Knik-Goose Bay Road through January to target speeding, aggressive driving, distracted driving including texting, impaired driving, and drivers who fail to stop at lights and signs.

Susan Curry, who owns the Iditacup coffee stand at Knik-Goose Bay Road and Vine Road, said Saturday that the lack of shoulder makes that stretch narrow and dark in winter. Summer brings truck and construction traffic. People drive on a bike trail to avoid traffic.

Curry said she started negotiating with the state in 2015 for right-of-way acquisition of her property. She was bought out in January 2017, but nothing has moved ahead. Now she’s waiting to see what the future holds.

“It’s just something we need to get done,” Curry said.