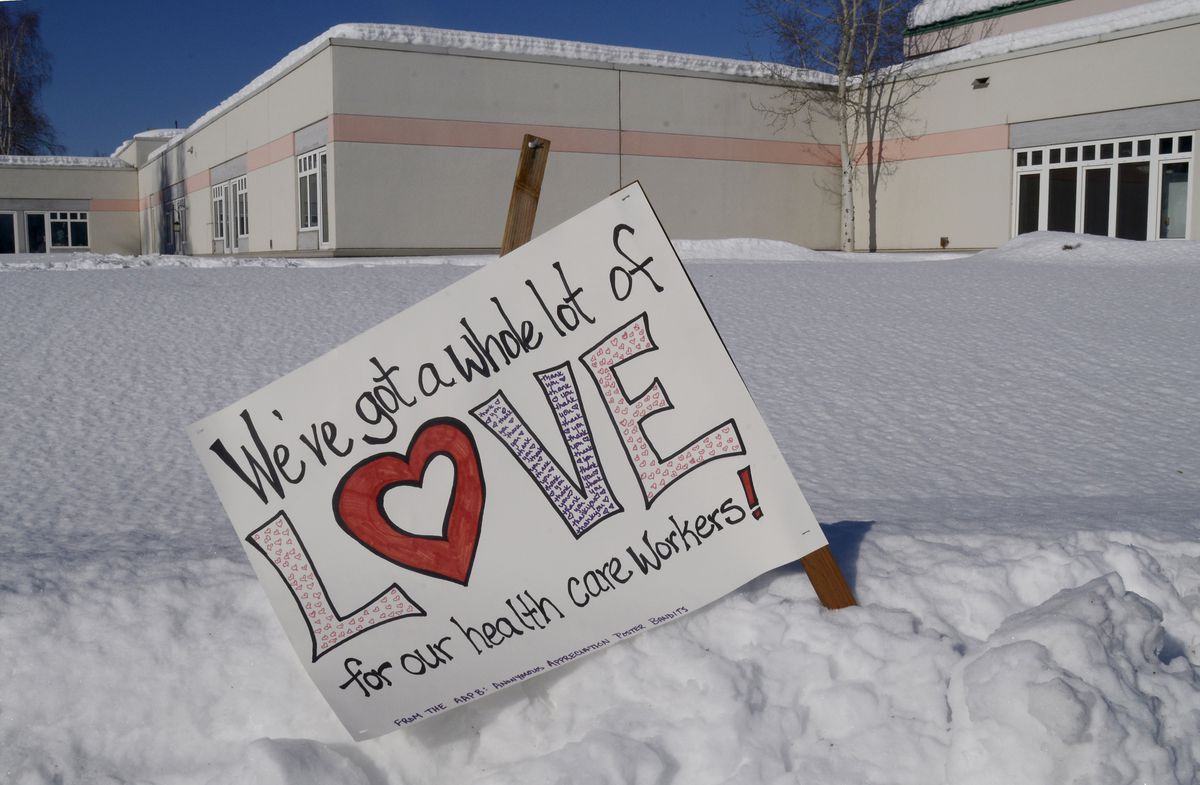 Fairbanks has seen its second death tied to COVID-19 as Alaska’s count is now at 246 confirmed cases of the infectious disease caused by the novel coronavirus.

A 73-year-old woman with underlying health conditions died Friday morning at Fairbanks Memorial Hospital, said officials with Foundation Health Partners, which operates the hospital. Her death marks the second tied to COVID-19 in Interior Alaska and the eighth Alaskan death overall, including two residents who were out of state at the time.

Eleven more Alaskans tested positive for the virus, including two in Mat-Su — the state’s fastest-growing region that has reported relatively few cases. A Palmer resident and a Wasilla resident are among the new cases. Mat-Su now has nine confirmed cases.

Three of the new cases are Anchorage residents, state officials said, bringing the municipality’s total to 112. Three more Fairbanks residents and one more in North Pole tested positive, bringing the total cases in the Fairbanks area to 76.

There are 219 inmates at Lemon Creek and 85 staffers working four different shifts, city and borough of Juneau officials said Friday. The corrections department told them two inmates have been tested for COVID-19; one test came back negative and one is pending. All inmates and staff have been issued cloth face coverings.

“The source of the virus is pending investigation,” Juneau officials said Friday.

A total of 17 inmates within the Department of Corrections system have been tested for COVID-19, according to Alaska Department of Health and Social Services commissioner Adam Crum. Of those tests, 11 have come back negative while six were still pending on Friday, Crum said.

In Anchorage, a person who tested positive for COVID-19 is staying in isolation at the Dempsey Anderson Ice Arena on West Northern Lights Boulevard, said Carolyn Hall, spokeswoman for Mayor Ethan Berkowitz.

The arena, which contains two ice rinks, was recently converted into an isolation and quarantine medical site for people sick with COVID-19 who do not have anywhere else to recover, including people experiencing homelessness. City manager Bill Falsey said earlier this week that the rinks can handle at least 70 people and could be outfitted to accommodate more if need be.

Hall said the city couldn’t disclose any information about the person in isolation at the ice arena.

The state reports case numbers each day based on the 24-hour time period for the previous day. For example, Friday’s updated numbers reflect results confirmed from midnight to 11:59 p.m. Thursday. Cases are reported by the state based on where someone lives, and they do not necessarily reflect where someone fell ill or where they were tested for COVID-19.

Gov. Mike Dunleavy on Thursday announced the state would suspend in-school K-12 classes for the remainder of the school year. The administration also pushed back a deadline to re-evaluate social distancing and in-state travel restrictions from April 11 until April 21.

The state’s economy is staggering amid business closures both permanent and temporary, and record numbers of Alaskans have filed for unemployment.

On Friday, the state of Alaska also announced it was suspending several fees and recertification deadlines statewide, including emergency medical technician recertification deadlines and the suspension of “fees for restaurants that have closed or are operating at reduced capacity due to the virus and the health mandates,” the governor said, adding that more information was available at akgov.us/economy.

The first, Onders said, was testing within local communities.

“The more locally based testing that we can quickly apply, the more likely we can control the spread in these communities,” Onders said.

ANTHC received 40 ID NOW testing machines from Abbott Laboratories and has distributed them around the state, Onders said. Additionally, both the state of Alaska and the Indian Health Service are moving their shipments of the ID Now tests to rural communities, Onders said.

“We need to have it well-stocked and pre-positioned,” Onders said.

Over 3,000 households in Alaska have either minimal or no running water, Onders said, and need certain supplies as a way to locally prevent any spread of the illness.

“Those products aren’t readily available in rural communities and we need to get them out there and pre-positioned,” Onders said.

Onders said that although Alaska has been disproportionately affected by epidemics in the past, there is still a “window of opportunity” to change that and be a model for the rest of the nation during the COVID-19 pandemic.

“I think the strengths of the rural communities will shine through in this,” Onders said. “I think if given the right tools, they can provide care that is critical for rural Alaska.”

Looking toward the future

Zink, the chief medical officer, on Friday referenced three possibilities for how the future of the virus might look. The first possibility is that with a total shutdown of life, the virus just dies out, similar to how China dealt with the virus. Another possibility is the virus blows through a community that doesn’t have the resources to stop it.

Another possibility is what’s playing out in the U.S., where communities are figuring out where cases occur and trying to reduce the illness’s spread to others, Znik said.

“We’re trying to quickly identify and mitigate the cases as quickly as possible to allow as much of life to continue,” Zink said.

To be sure, there will always be the question of whether the illness will end up spreading everywhere, Zink said. She said that she hopes the state can ward off the virus long enough to get a vaccine and protect the state’s most vulnerable. Zink also highlighted the importance of testing in allowing officials to see early on where the spread of COVID-19 is happening, so it can be contained.

“I think that we just see really promising things on the horizon, both for testing and for treatment options,” Zink said.

At Friday’s press conference, Zink displayed a graph that showed an initially sharp uptick in cases of COVID-19 in Alaska that then appears to flatten out after a period of days.

#alaksa the work you are doing is essential - #FlattenTheCurve! Every day you push this down is more testing, more #PPE, more lives saved and closer we get to opening things back up! Keep testing, keep wearing #facemasks, keep #SocialDistancing! #StrongerTogether pic.twitter.com/mWe2sFe3Xv

“A lot of the actions that people have taken have really been flattening that curve,” Zink said, praising the sacrifices people statewide have made in order to contain the spread of the illness.

Ahead of the Easter weekend, Dunleavy hosted a livestreamed half-hour prayer session Friday, dubbed a statewide day of prayer and hope, which included prayers by the governor as well as video prayers from Christian evangelist Franklin Graham and broad array of people of faith around Alaska.

Zink cautioned against large gatherings and noted that groups of people can be an easy way to spread the disease.

“Finding ways to show love and kindness and caring without gathering in person can make a big difference and can potentially mean the difference between someone getting very sick or dying,” Zink said.