Wildfire north of Wasilla grows to more than 40 acres 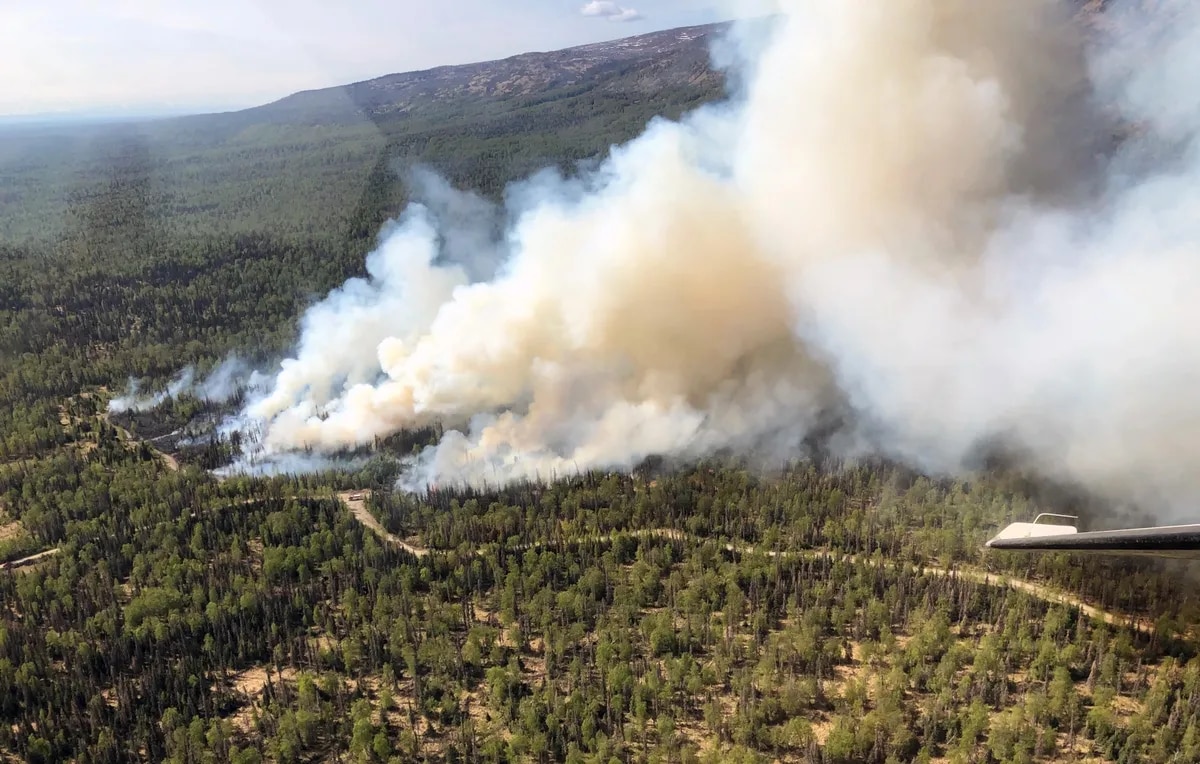 An aerial view of the initial stages of the Moose Meadows Fire that was reported at 2:23 p.m. on Saturday, May 16, 2020. (Photo by Duane Morris/Alaska Division of Forestry)

An aerial view of the initial stages of the Moose Meadows Fire that was reported at 2:23 p.m. on Saturday, May 16, 2020. (Photo by Duane Morris/Alaska Division of Forestry)

Crews were battling a wildfire north of Wasilla that quickly grew to more than 40 acres Saturday. Two homes in the area were evacuated as a precaution but were not considered to be in immediate danger, authorities said.

More than 60 firefighters were working to contain the fire, near Moose Meadows Road, according to the Alaska Division of Forestry. Two helicopters, two tanker planes and two air attack planes were also involved, the agency said.

It was estimated at 42 acres as of Saturday night, and as of 9:30 p.m. was considered to be about 40 percent contained, the forestry division said. The fire was first reported at 2:23 p.m., the agency said.

“Firefighters are getting a good handle on containment despite the increase in size,” the division wrote.

The area is about six miles north of Wasilla, near the base of the Talkeetna Mountains. The area is heavily wooded.

The cause of the fire wasn’t immediately clear, though “fire managers said it is a human-caused fire, given the fact that no lightning was reported in the area,” the division said. Moose Meadows Road turns into a high-use recreation trail that leads to Mount Baldy, the forestry division said.

A burn ban is in effect in the region.

“The two air tankers working on the fire have made 11 retardant drops to ‘box in’ the fire on all four sides and burnout operations have been utilized to provide a buffer between retardant lines and the main fire where possible,” the forestry division reported. “Two helicopters have been making strategic water drops to support firefighters on the ground who are working to get a hose line around the fire.”

The public is being asked to avoid the area.