Houston Middle School building condemned because of damage from 2018 earthquake 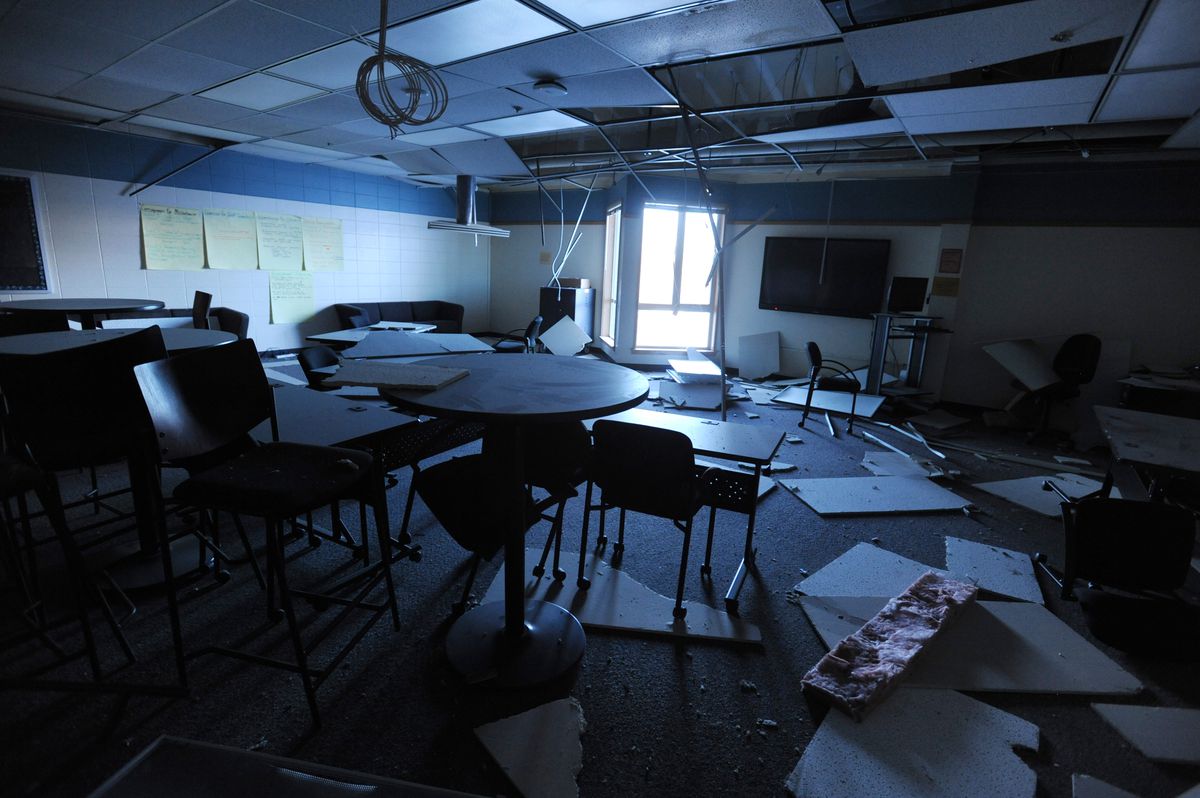 The Matanuska-Susitna Borough Assembly on Tuesday approved the condemnation of Houston Middle School as a fire and health hazard due to extensive earthquake damage.

The building had suffered considerable damage during the magnitude 7.1 earthquake in November 2018. Damage included collapsed walls, a result of a construction technique that involves stacked concrete blocks.

The school district had previously passed a resolution to repair parts of the 93,152-square-foot school and replace others, including replacing the badly damaged two-story classroom wing. It had estimated that would cost about $28 million.

Instead, the borough will seek to replace the entire facility after an analysis revealed that the school was more damaged than previously thought.

Jude Bilafer, capital projects director for the borough, told the Assembly that in January the borough awarded a $2.4 million contract to an architectural firm to do an analysis to investigate the damage.

Once that analysis was underway, and when workers "actually could get into the walls a little bit, we found significantly more damage than anyone anticipated or found,” Bilafer said.

The professional cost estimator in July found that the original plan to repair would cost much more — about $34.9 million, Bilafer said.

“And that is without complete knowledge of everything that was inside those walls,” Bilafer said.

The total cost of demolishing and rebuilding is estimated to be in the range of $34 million to $35 million. That is far lower than an initial estimate by the school district of $48 million.

“It is in the best interest, the safety, the health of everyone surrounding Huston Middle School — be it inside the school as students, faculty or parents, or even the construction workers — to start from ground zero on this building,” he said.

The ordinance to condemn the school building passed on a 6-1 vote. Assemblyman George McKee voted against it.

Bilafer also said that condemning the building could help speed the process to get federal funds through the Federal Emergency Management Agency.

McKee during the meeting noted that there is no guarantee that the borough will get federal funds and that it is short about $9 million for the rebuilding project.

The borough’s finance director, Cheyenne Heindel, told the Assembly that the borough has about $25 million in funding approved for the project comprised of insurance money, interest in school bonds and money from the school district.

Houston Middle School was built in 1985, and just over 380 students attended before the earthquake struck. After the school’s closure, its students began attending school at Houston High School and in portable classrooms.