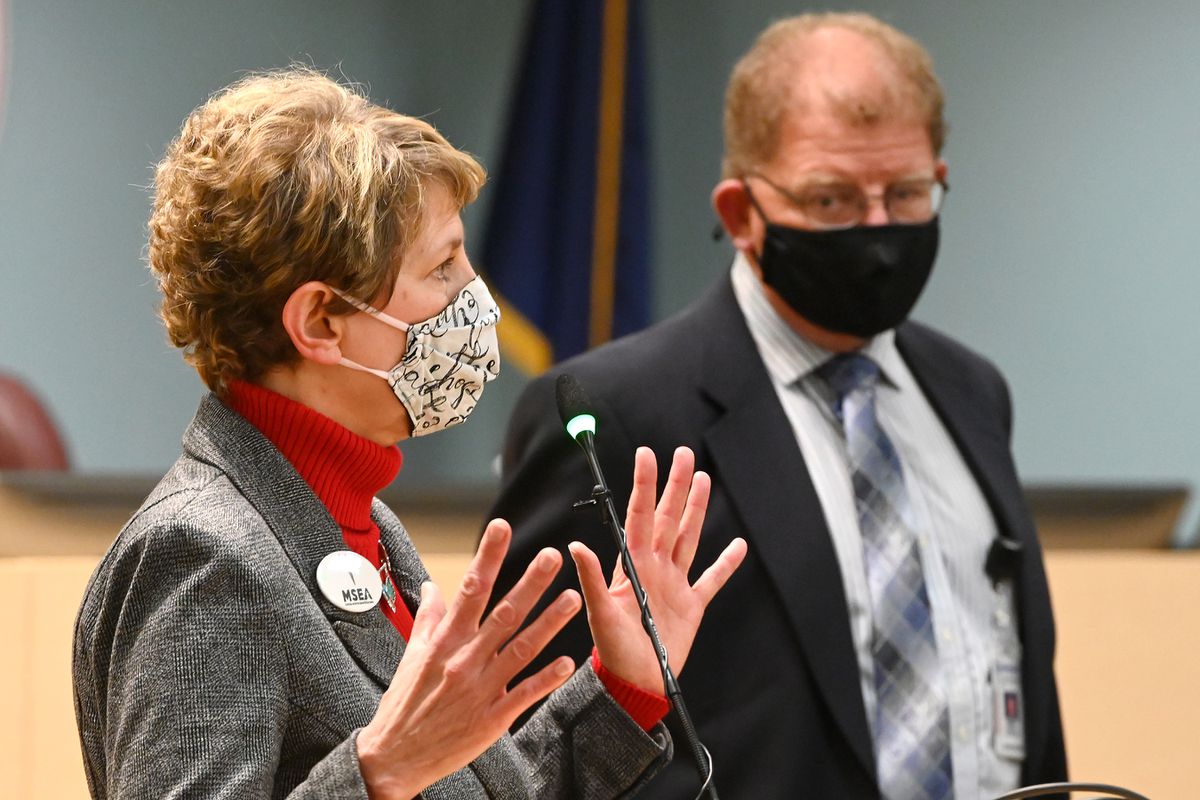 The Matanuska-Susitna Borough School District and its teachers union have reached a tentative contract agreement, days after union members voted to authorize a possible strike.

The possible contract was announced during a joint news conference Thursday and still needs to be approved by a vote from both the union members and the school district’s board.

“The district and the teachers all have this shared need of getting back in front of the students, teaching the students and not having this lurking in the background,” superintendent Randy Trani said.

The contract includes a 2% increase in pay for teachers each year over its three-year period, which will begin retroactively in 2019, covering the time teachers had been working without a contract, Trani said.

The Mat-Su Education Association, which represents more than 1,200 educators in the district, will put the tentative contract agreement to a ratification vote next week, said its president, Dianne Shibe. Shibe said she expects the results late next week.

The school board would then also hold a ratification vote after further examining the details of the contract that the union ratifies, Trani said.

A strike will be averted if the new agreement is ratified.

“We will put this agreement out to all of our members to see if they will ratify it. I believe that they will be pleased when they see it,” Shibe said.

Negotiations for a new contract between teachers and the district fell apart at the end of August, after negotiation teams struggled for more than 18 months. Teachers in the district had been working without a contract.

Last week, the union held a strike vote and on Monday received the results. The union said that 85% of eligible members voted in favor of a strike.

That gave the union the legal authority to strike if an agreement was not reached with the district bargaining team, but did not necessarily mean a strike would be held, Shibe said.

Bargaining between the union and district then resumed Monday.

Shibe said the strike vote allowed members to get involved, unite and show the district that they are serious about being respected, valued and compensated.

Trani said that negotiations over the last four weeks opened up an important conversation about health care. The district wanted to include new language giving it more choice in the district’s health insurance provider; that was a sticking point in a new contract.

Trani and Shibe did not describe what is in the contract related to health care and Shibe said that she preferred to wait to release details until more information could be given to union members.

“Both sides were very generous with each other in compromising,” Shibe said. “We are very pleased with the district and their willingness to work with us.”