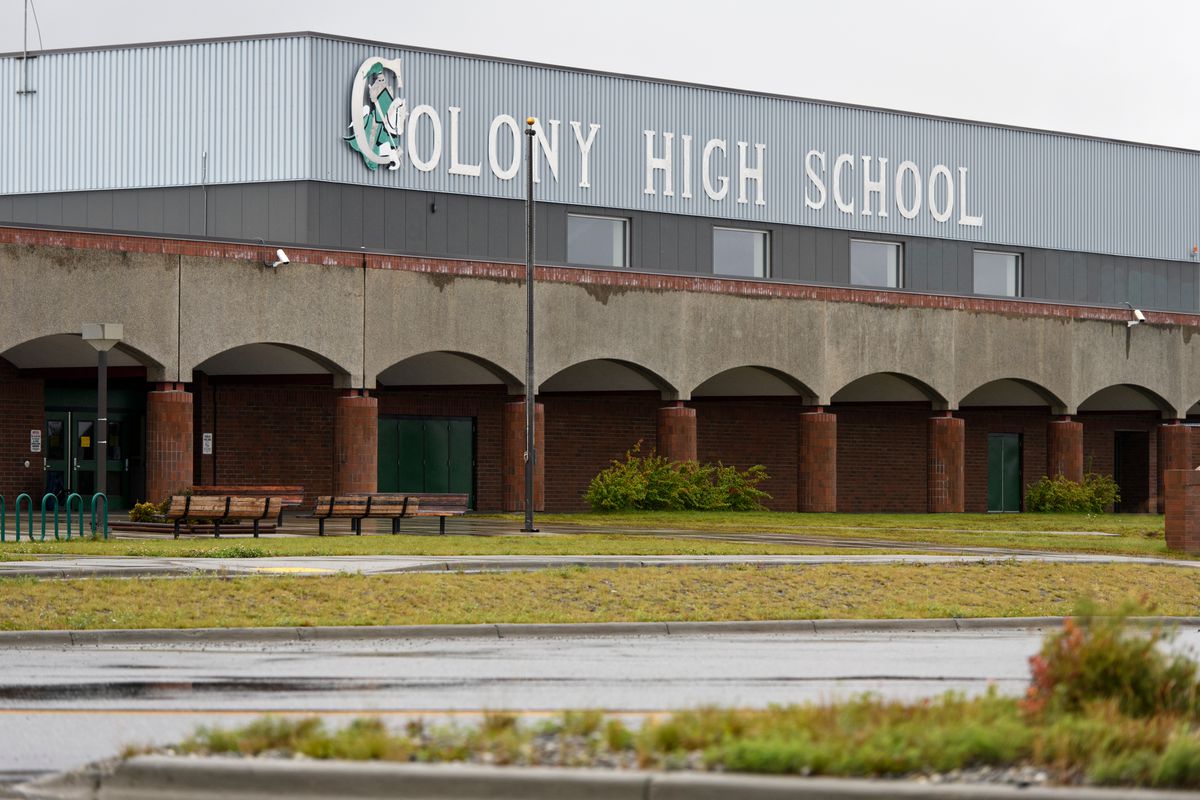 Colony High School on September 1, 2020. The school near Palmer was closed Monday and Tuesday due to a COVID-10 case. (Marc Lester / ADN)

Colony High School on September 1, 2020. The school near Palmer was closed Monday and Tuesday due to a COVID-10 case. (Marc Lester / ADN)

That’s more than three times the number of cases reported three weeks ago. There have been 25 cases confirmed in the last 10 days at 19 charter, elementary, middle and high schools from Palmer to Talkeetna, according to a district list.

Additionally, public health workers have identified a total of about 300 students or staff considered “close contacts” to the 45 cases identified since August, according to district spokeswoman Jillian Morrissey. Generally, close contacts are told to quarantine for 14 days to prevent additional spread of the virus.

It’s not clear how many of the school contacts did so.

The Mat-Su Borough School District described itself as one of the largest districts on the West Coast to open for in-school learning when the year began. Other districts are watching the results as they make their own decisions about in-person classes.

Mat-Su opened in late August offering in-school learning, with options for online or home school classes. The district has required students in grades three through 12 to wear masks while in school, and implemented other mitigation techniques like reducing the number of classes for middle and high school students per day and using seating charts to make contact tracing easier.

The district has experienced a flurry of coronavirus cases, usually just one or two, that prompt temporary closures and a shift to online-only learning.

The district on Sunday also postponed indoor sports until the end of the month.

Most Kenai Peninsula schools have shifted to remote learning due to rising case levels there.

The Matanuska-Susitna Borough is also experiencing a broader increase in positive COVID-19 test results. Mat-Su hit a “high” alert level over the weekend for its growing daily average per capita case rates.

The district’s health advisory team makes school closure decisions based on virus transmission within communities, Morrissey said. The definition of community can change, however.