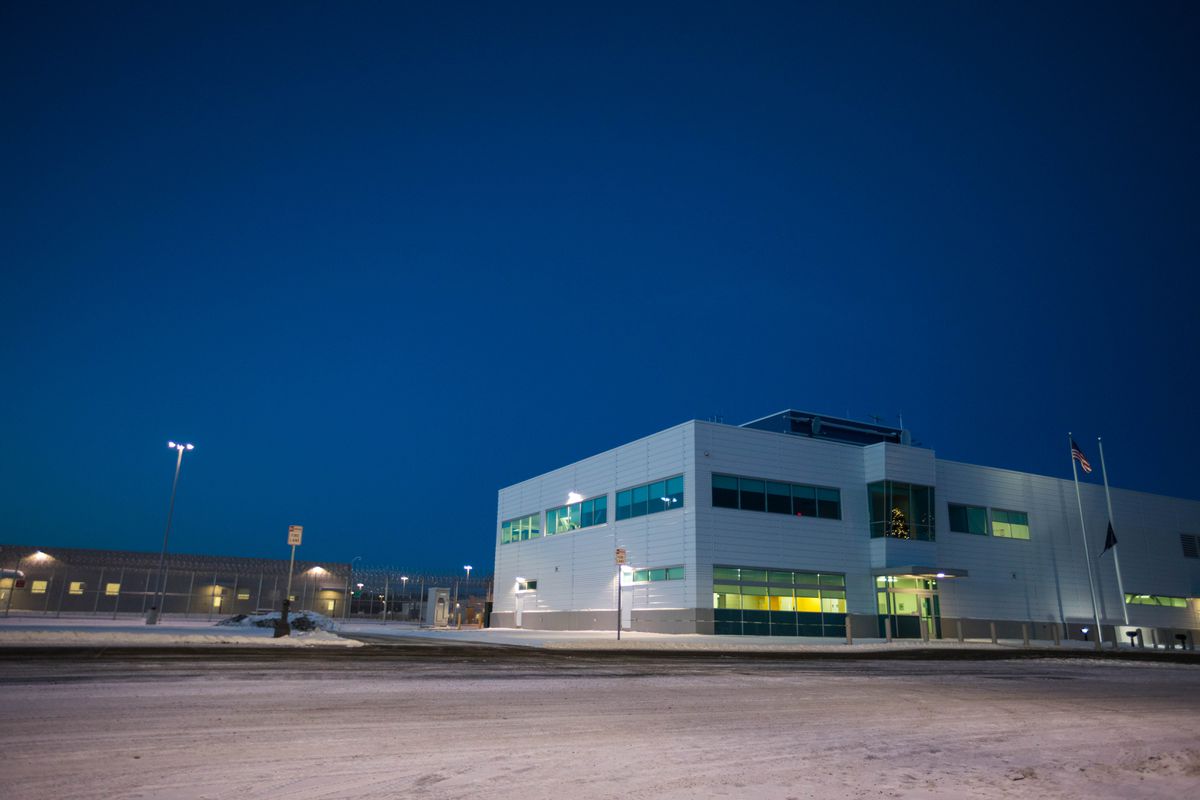 A coronavirus outbreak at Goose Creek Correctional Center in the Matanuska-Susitna Borough has grown this week, with 204 inmates testing positive as of Wednesday — nearly double the cases that had been identified there a week earlier.

The outbreak was first reported Nov. 2, when the Alaska Department of Corrections announced that 22 inmates and five staff members had tested positive. By last week, that number had grown to 110.

Goose Creek, Alaska’s largest prison, typically houses more than 1,000 pretrial and sentenced inmates. The outbreak began in one housing unit and has spread to a second unit; both are now in isolation.

Department of Corrections spokeswoman Sarah Gallagher has said that inmates positive for COVID-19 or those who are showing symptoms are isolated and monitored twice daily by medical staff.

“Staff are required to wear masks in the facility, and inmates are strongly encouraged to do so. Each housing unit continues to operate as a ‘family unit’ in order to minimize the risk of transmission between mods,” she said.

Transfers in and out of the prison have been suspended.

Gallagher also confirmed on Wednesday a new outbreak at the Anchorage Correctional Complex, where there were 18 confirmed infections.

The total stated capacity on the campus is 863, although as of Wednesday, there were 937 inmates housed there, Gallagher said.

The initial positive test result was identified during routine testing prior to an inmate transfer.

“Following that positive result, the decision was made to test the entire housing unit where that individual lived, resulting in 17 additional positives,” Gallagher said.

At that point, inmates classified as “high risk” were put into isolation separate from their unit, which is quarantined with inmates being regularly tested, she said.

New cases have also been identified since last week at Fairbanks Correctional Center, where an outbreak has grown to 158 infections, up 54 from last week.

Numbers provided by the DOC about COVID-19 cases in Alaska facilities represent cases to date and do not necessarily indicate active cases, according to Gallagher.

Two inmates have so far been hospitalized with the virus, Gallagher said.

Nationwide, virus outbreaks in prisons have risen sharply in recent weeks, with at least 182,776 inmates testing positive as of Nov. 10, according to The Marshall Project.

Alaska currently has the sixth-lowest number of inmate coronavirus cases among the states.