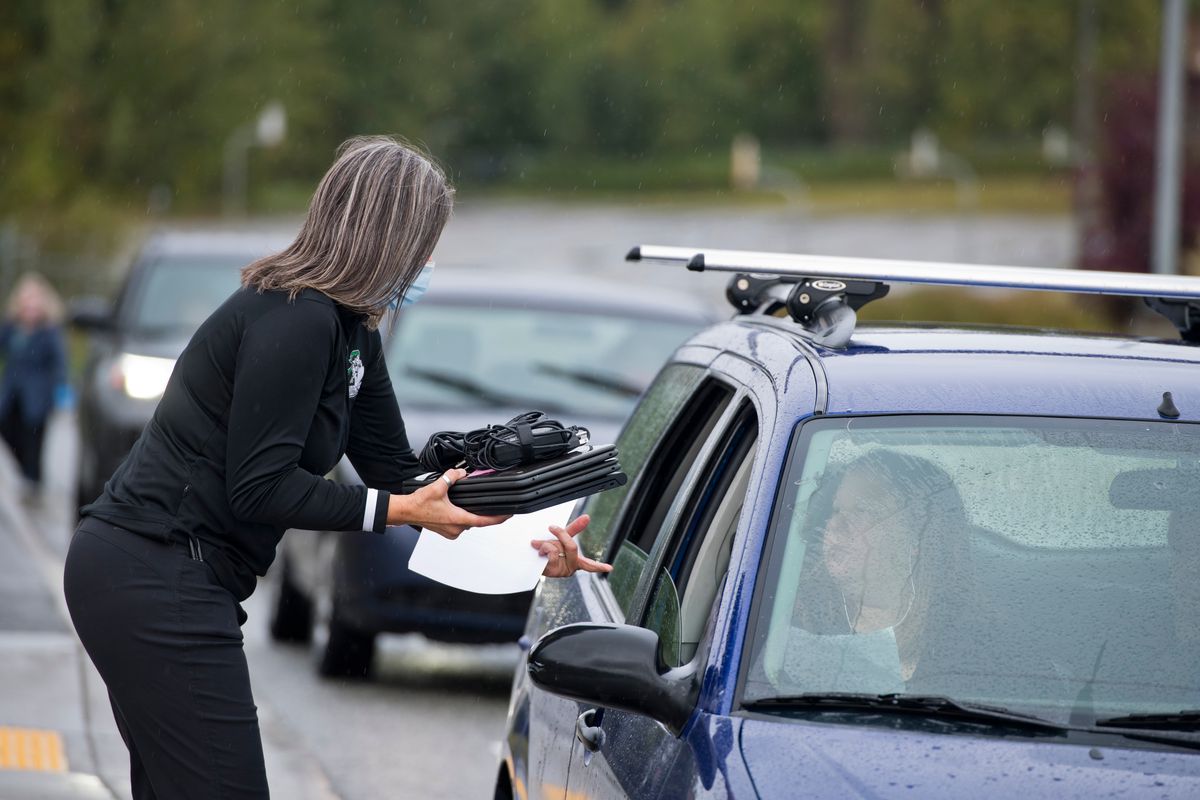 PALMER — For the first time since the school year began in August, all Mat-Su schools will shift to remote learning next week amid what district officials called the exponential spread of COVID-19 in the community.

The Matanuska-Susitna Borough School District describes itself as the largest on the West Coast to start the year offering roughly 19,000 students the option of in-school learning at its more than four dozen schools. Anchorage schools remain in remote learning mode.

Mat-Su schools will close to in-person learning Monday through Wednesday, before the Thanksgiving holiday. They are expected to reopen Nov. 30.

School officials made that decision Thursday based on two factors: teacher shortages and the inability of state public health contact tracers to keep up with the number of positive cases.

“We simply cannot keep up with the demand for substitutes right now,” Superintendent Randy Trani said during a briefing Thursday. “That really is one of the drivers on why we have to have this shutdown.”

[For months, the Mat-Su avoided the COVID-19 spikes hitting other regions of Alaska. Now it’s a hotspot.]

Mat-Su is in the midst of a surge of coronavirus cases.

The only hospital in the borough, Mat-Su Regional Medical Center, is seeing rising numbers of COVID-19 patients to the extent the hospital has opened additional ICU beds, according to Dr. Thomas Quimby, medical director of the emergency department and chair of the hospital COVID-19 task force.

The hospital is seeing many COVID-19 patients a day, of all ages, and usually several are sick enough to be admitted, Quimby said. The early months of Alaska’s pandemic helped buy some time, but now there are concerns the ongoing surge will jeopardize care not only for COVID-19 patients but others too.

“A lot of the younger people that come in are fine and we get to send them home. We are seeing some very old people that end up fine,” he said, but other cases are humbling and surprising like young people with long-term cognitive problems or a 31-year-old “thin healthy young man who had extremely low oxygen levels and we had to put him in the hospital.”

Borough emergency responders are treating every call like a possible COVID-19 case after seeing an 11% rise in COVID-19 responses, according to borough emergency services director Ken Barkley.

Despite the rising urgency, restrictions and school closures aren’t popular with many.

Palmer’s city council is considering a mask mandate. Most of the more than 500 comments received are from people opposed, officials there say.

As Thursday’s borough briefing continued in a Facebook livestream, some commenters said they supported the district’s actions. But others encouraged people to “live life” as they do during any flu season.

Now the elevated level of community spread is trickling into the schools. District and health officials say they aren’t finding clusters within schools — though sports involving unmasked students have led to some — but instead the cases are mostly in people who get the virus at home.

The majority of students within the district go to school in person: As of late October, a little over 12,000 students were enrolled in at-school learning, nearly 3,500 were involved in correspondence learning and 2,335 were involved in at-home learning.

Of all the school-associated cases reported, 42% have come in the past 10 days. The district reported 195 COVID-19 cases confirmed in students and staff in the past two weeks. There have been 358 cases in the district since school started, a spokeswoman said Thursday. Twenty-six came in the first quarter.

Mat-Su schools have averaged 330 employees out sick every day for the past two weeks, Trani said. There were nearly 60 substitute jobs unfilled as he spoke Thursday. The shortages are prompting more frequent and longer school shutdowns. As of Thursday, there were seven schools in remote learning out of 47 schools in the district.

Meanwhile, state health workers are falling behind as they try to locate anyone considered a close contact of a student or staffer who tests positive, a step considered crucial to slowing the spread of the virus. Close contacts are instructed to quarantine for two weeks.

The temporary “strategic closure” will allow public health officials — with the help of school nurses, once they’re trained — to catch up on contact tracing of current COVID-positive students and staff, he said. It will also allow staff and bus operators to update school mitigation plans and give students and staff considered close contacts time to complete two-week quarantines.

The district hopes to reopen again after the closure and continue to respond to COVID-19 case levels in a school by school strategy, rather than viewing the entire sprawling borough as one zone, the superintendent said.

That strategy has been working, Trani said: Probably 90% of the time, through the first 63 days of school, students who wanted to do in-person school were able to. He joined others imploring residents to wear masks, practice social distancing and good hygiene to reverse the trends.

“Right now at this point in time it’s difficult for us to stay open given our resources,” he said.