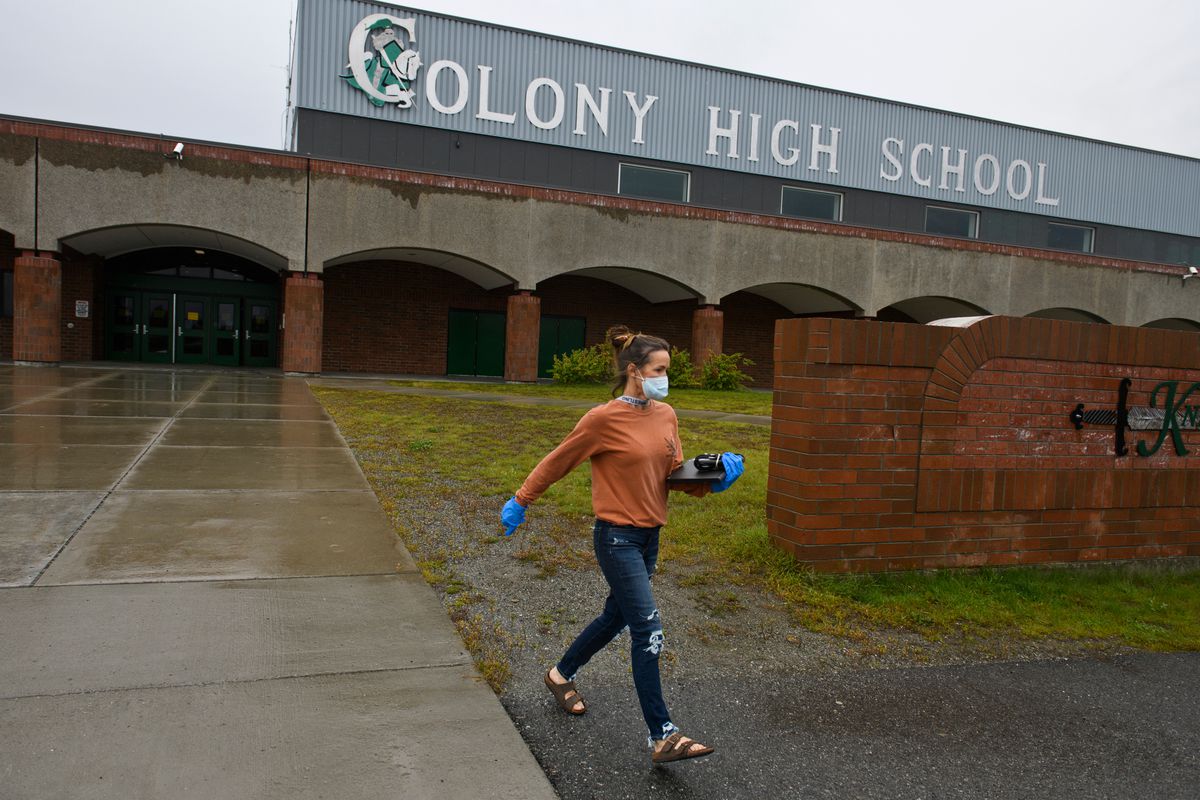 Mat-Su schools are pausing all activities through Sunday due to rapidly accelerating numbers of COVID-19 cases linked to sports and other events.

At one school alone, officials say, public health workers have identified 180 people as potential close contacts, all linked to athletics.

Mat-Su was the state’s largest district to start the year offering in-person learning for all but a two-week period in November, when officials shifted to online only due to high teacher absence rates and overwhelmed contact tracers.

As of Thursday, the district was reporting 114 cases in the past 14 days at schools throughout the borough from Talkeetna to Butte, including 27 at Pioneer Peak Elementary School, 14 at Colony Middle School and 14 at Palmer High School.

The recent spike in cases is linked to activities and people not wearing masks, officials say.

This week, district officials reported cases among a total of 746 staff and students since August, including 329 since Thanksgiving. Of that, 179 were considered infectious while in school — with almost all the activity-related cases infectious at school, according to district superintendent Randy Trani.

At a Mat-Su school board meeting Wednesday night, Trani said district case numbers are suddenly soaring, raising concerns about the possibility for a parallel surge in Mat-Su communities in general and halting early discussions of resuming out-of-district sports travel, plans being discussed as recently as Monday or Tuesday.

Activities like basketball, where players take off masks during vigorous games, are the main cause of the increase. There are athletic-specific masks that can be worn, officials say.

“Very rapidly since last week, we’ve seen huge changes. Our phones have been exploding with the number of cases,” Trani said. “It feels really similar to November, except in November we didn’t see it being passed from student to student to coach to coach to spouse who works in another school ... We’re tracking it right now and it makes us wonder — is this at least partially our problem? Have we shot ourselves in the foot?”

Since Sunday, 61 of 101 cases reported in the borough were associated with schools, he said.

[Did 5 people really die from COVID-19 vaccines in Alaska? No, state officials say. None did.]

School board member Jeff Taylor pointed out that of the roughly 7,500 cases in Mat-Su, 29 people have died with the virus, and from his understanding none of them were students. Taylor urged officials not to temporarily shut down schools or limit activities when students aren’t facing “the worst case” scenario from the virus.

“I just beg that we don’t let our kids suffer because of the fear of something that’s really not hurting them,” he said.

“Our intention is to try to keep schools and athletics open,” Trani said. “Hopefully we can try to find a solution for athletics now. I’m not sure what it is.”

The Pioneer Peak cases are associated with a nonathletic event, according to district spokeswoman Jillian Morrissey. The other cases are linked to sports, including basketball.

The closures reflect the sheer number of possible close contacts involved at different schools and an effort to give state public health workers time to reach out to everyone involved, Morrissey said.

Separately, a late January basketball tournament between two high schools in Juneau led to numerous players quarantined as of this week.

The City and Borough of Juneau on Thursday said someone at Juneau-Douglas High School who tested positive participated in a boys basketball series between the high school and Thunder Mountain High School.