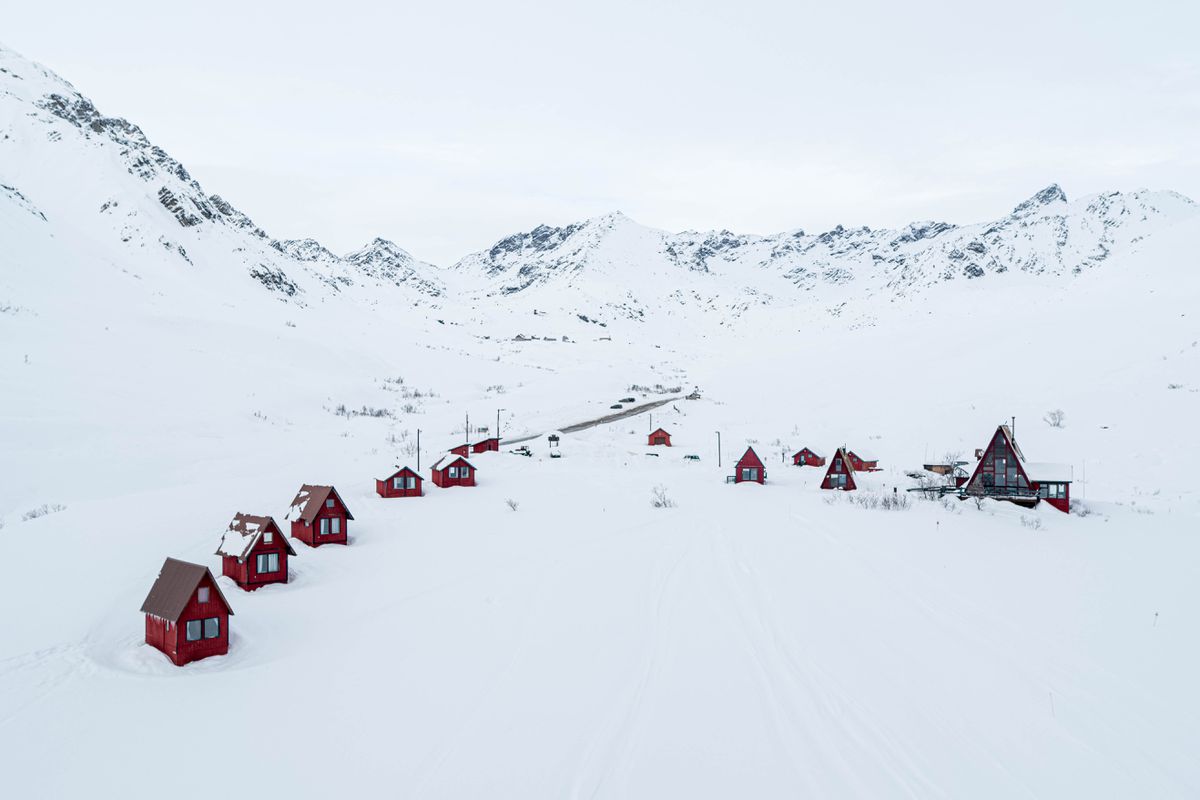 Hatcher Pass Lodge, photographed on Wednesday. The lodge closed after its founder, Karl Albert “Hap” Wurlitzer, died in October, but has since reopened. (Loren Holmes / ADN)

Hatcher Pass Lodge, photographed on Wednesday. The lodge closed after its founder, Karl Albert “Hap” Wurlitzer, died in October, but has since reopened. (Loren Holmes / ADN)

The last time the former owner and founder of Hatcher Pass Lodge walked out the door, his right-hand man, Jeff Polk, made him a promise.

But Karl Albert “Hap” Wurlitzer never did return to the lodge from the hospital. And after his death in October, the iconic lodge — nestled in a mountain bowl just below Independence Mine State Historical Park — temporarily closed.

For a while, it was unclear what would happen to the lodge. Polk, the lodge manager, said some of the details are still being ironed out, but he felt relieved to reopen the doors last weekend. He said he knows it’s what Wurlitzer would have wanted.

Wurlitzer opened the lodge in 1967 and over the years built guest cabins and expanded the original A-frame lodge, which now accommodates a bar and dining area looking out into the scenic Talkeetna Mountains. For decades, the nine rustic cabins surrounding the lodge have hosted guests drawn to the allure of the mountains year-round.

Polk joined the Hatcher Pass Lodge crew more than a decade ago mostly by happenstance.

He stopped in at the lodge one day while recreating in the pass and struck up a conversation with Wurlitzer. When the lodge owner mentioned he needed to fix up a few things around the property, Polk offered a hand. Wurlitzer pointed him in the direction of an old vehicle that had stopped running.

“I looked at it, gave it a couple of love taps with a hammer — my favorite tool — and the next thing you know, it was running,” Polk said “He looked at me and said, ‘Boy, you’re hired if you want a job.’

It is with great respect for Hap that we are now able to reopen the Hatcher Pass Lodge for business. Overnight cabin...

For Polk, the best part of the lodge is the people. Visitors from around the world are drawn to the area for skiing, snowmachining and the overall beauty of the Talkeetnas.

“They’re all in a similar headspace,” Polk said about the lodge’s guests. “They’re up here, they’re seeking nature, a little solitude and just respectively hanging out in one of the most beautiful places in the world and appreciating it.”

Polk said he’s worn nearly every hat during his time working at the lodge and was lucky to learn the ins and outs of the business from Wurlitzer.

“I have a pretty good grip on what what it takes to keep this thing alive, so I’m going to give it my best shot and I hope I can do him justice,” Polk said.

Although Polk knew Wurlitzer’s health was declining, his death still came as a shock. “I thought Hap was going to live forever,” he said.

Since Wurlitzer died, Polk said he’s been maintaining the lodge and doing a few repairs. He repainted some things and gave the kitchen a much-needed facelift, and he’s been tinkering with the generators and keeping them polished, which was Wurlitzer’s last request and parting words to him.

For the most part, Polk said he doesn’t want anything to change at the lodge. He likes the way Wurlitzer kept it — a kind of “old-fashioned flavor” that focuses on simplicity and lets nature take the stage as the main attraction.

Since the lodge announced on Facebook over the weekend that it has reopened, Polk said the phone has been ringing off the hook. The cabins are already booked for the upcoming weekend and Polk said he’s been overjoyed to see future reservations marked out in the calendar.

But more than anything, Polk said he’s been happy to hear excitement from the community and people who love the lodge as much as he does.

“It really pays off because it just makes me want to strive that much more for them, because I know these kids love it up here,” he said. “You see them coming in from sledding and coming in for the hot chocolate, and there’s the biggest smiles on everybody’s face now. It’s wonderful to see again.”