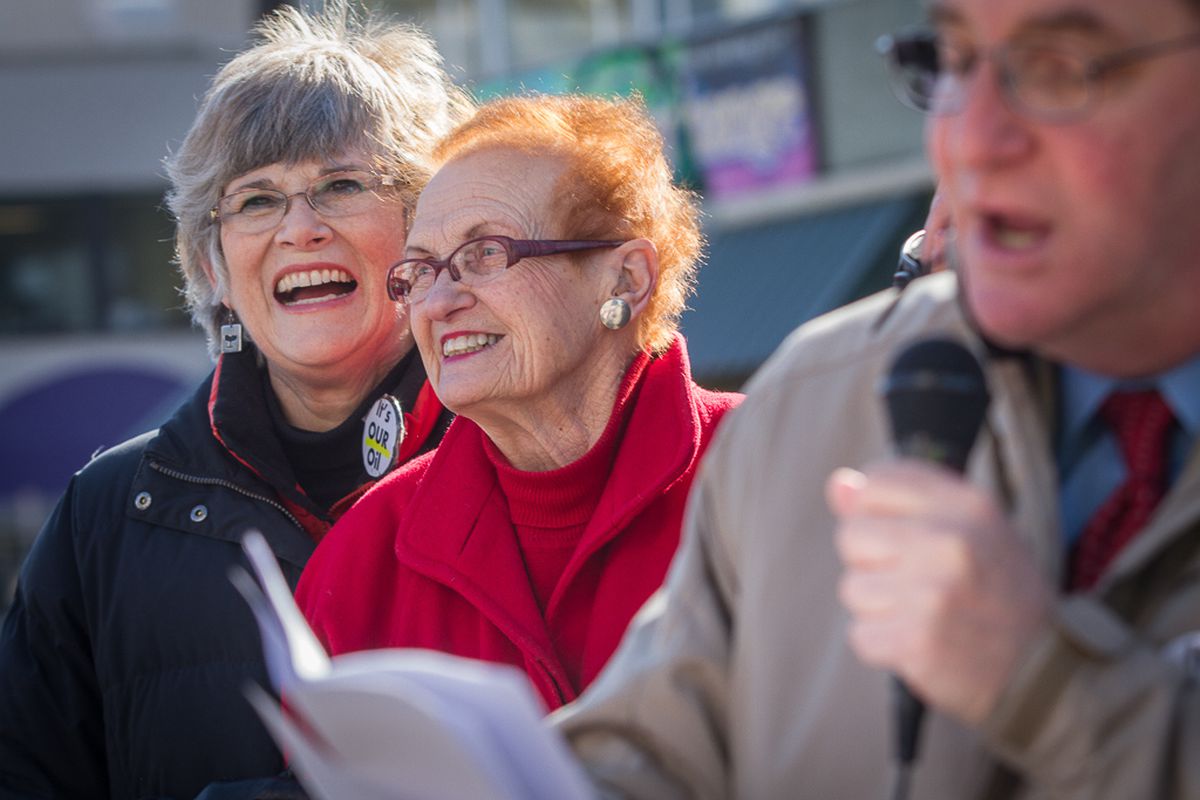 Katie Hurley, a longtime Mat-Su political figure and a participant in the drafting of Alaska’s Constitution, died Sunday in Portland, Oregon, at age 99, her daughter said.

Hurley got her start in politics when she joined the office of Territorial Governor Ernest Gruening in 1940. She became secretary of the territorial state and was chief clerk to the Alaska Constitutional Convention in 1955 and 1956.

Hurley served as president of the Alaska Board of Education, executive director of the state Women’s Commission, state Senate secretary for five sessions and on Gov. William Egan’s statehood transitional staff.

She was the first woman to win a statewide election in Alaska when she was victorious in the Democratic primary for lieutenant governor in 1978. In 1984, she was elected to the state House of Representatives representing Matanuska Valley.

On Monday, Alaska Gov. Mike Dunleavy ordered U.S. and state flags to fly at half-staff on March 30, which would have been Hurley’s 100th birthday.

Hurley was a trailblazer for women and a mentor to many, said her close friend Kathy Wisthoff, who worked for Hurley at the Women’s Commission.

“What kept her so involved in the Democratic party was just her drive and her fight to take care of people and to make sure that as a government we did that,” Wisthoff said.

Her daughters, Susan Derrera and Mary Hilowitz, remember that she would always say in her speeches that there were three things to know about her — she was a Norwegian, an Alaskan and a Democrat.

Hurley was passionate about politics and involved for as long as was possible, Derrera said. She remembered Hurley broke her pelvis on a snowdrift outside of her home when she was in her 70s, but Hurley crawled inside and waited to call for help until after she had been scheduled to testify for a legislative hearing.

“Those were her priorities,” Derrera said with a laugh.

Hurley lived in Wasilla and had three children, and said in a Mat-Su Valley Frontiersman article in 2011 that she worked while pregnant, even though it was nearly unheard of at the time. Hurley loved music and always ended a visit with company in song around the piano, Derrera said.

Hurley’s health had declined in recent years and she had been living in a long-term care facility in Oregon, according to an online fundraiser started by her daughters. Derrera said she died while in the company of family members.