Anchorage COVID-19 numbers are down. Now it’s neighboring Mat-Su that has officials worried. 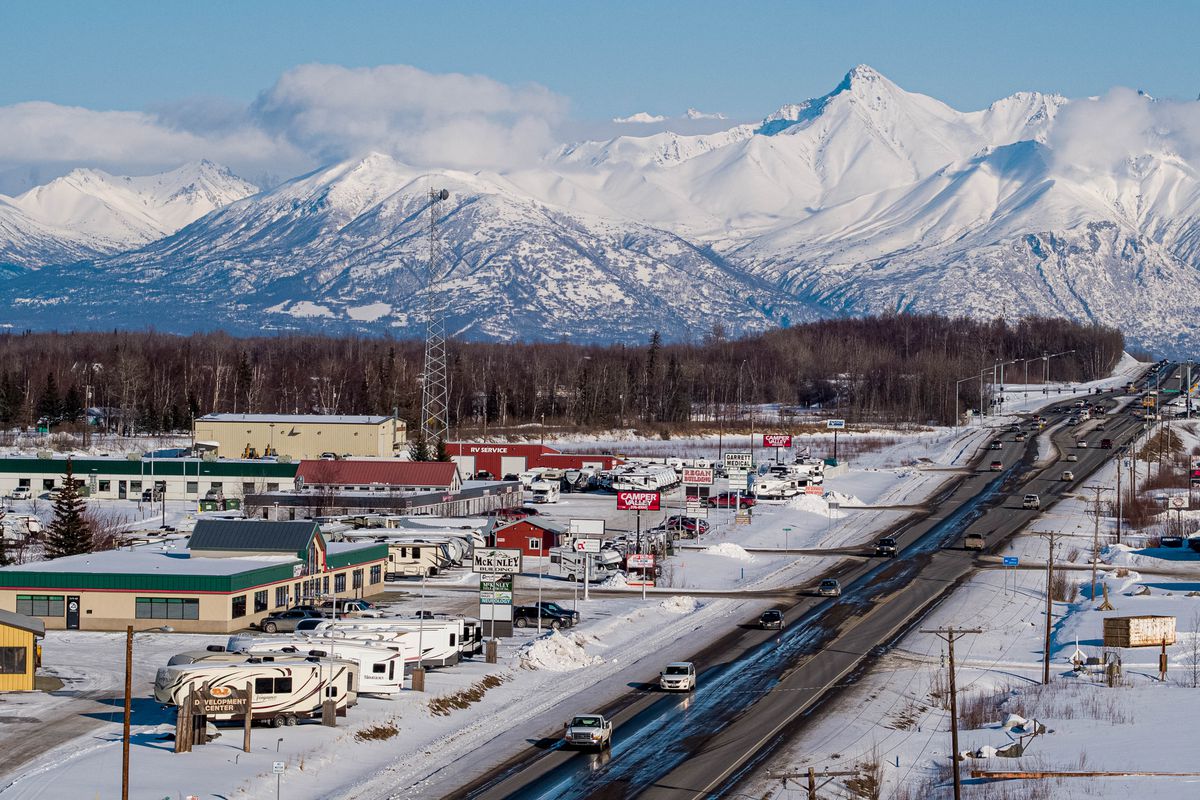 PALMER — Health officials in Anchorage say they’re worried about a COVID-19 transmission source that could delay efforts to move past the pandemic’s human toll and crippling economic effects.

That source is the Matanuska-Susitna Borough, the city’s government-wary neighbor to the north where some residents balk at public health recommendations for mask-wearing and vaccination.

“The large number of people who travel between the two communities daily makes high levels of disease transmission ... a concern,” Anchorage health officials warned in a recent update to assembly members.

Mat-Su, a region the size of West Virginia with more than 107,000 people mostly clustered around the cities of Palmer and Wasilla, had new daily case counts per 100,000 residents that were 2 1/2 times higher than Anchorage at the start of the week. Test positivity was more than three times higher.

The region is the least vaccinated in the state.

“We’re just hoping that something will change there,” Dr. Janet Johnston, epidemiologist for the Anchorage Health Department, said Tuesday.

People from Mat-Su work in the municipality: Before the pandemic, analysts estimated about a third of the adults in the Valley commuted to Anchorage. Thousands hit the Glenn Highway every hour during rush hour. Borough residents come to the city for shopping, meals, visits with friends.

“I’m very concerned we’re going to reach the point where we have 50, 60% vaccinated but we keep having these outbreaks,” Johnston said, numbers heading for herd immunity. “The rates will come down but it won’t go away because we’ll still have these pockets.”

That decision was based on Centers for Disease Control and Prevention guidelines, Johnston said. “But then as we see higher rates in Mat-Su and now lots of competition between us and them, that certainly reinforced our feeling that was important.”

Officials in Mat-Su, a second-class borough, say they lack the health authority to require masks. A proposal to require them within the city of Palmer late last year failed amid vocal opposition from hundreds of people.

Still, apart from a spike in late November and early December, the numbers here stayed fairly low while Anchorage’s soared.

Then as other regions saw declining numbers, the borough hit the state’s highest case rates in late February.

Mat-Su this week remained Alaska’s region with the highest number of COVID-19 cases per 100,000, according to the Alaska Department of Health and Social Services.

Case counts in Mat-Su rose last month, when outbreaks linked to school activities without masks surfaced. Now the region continues to see relatively high rates of transmission linked mostly to family and friends getting together without masks on, especially at meals, or work-related outbreaks, health officials say.

The numbers in Mat-Su are up, though not remarkably so, said Rene Dillow, the state’s Wasilla-based public health nurse manager. The borough’s standing is relative: Case counts are declining everywhere else — and vaccine rates are rising.

“Probably behavior in the Mat-Su hasn’t changed a whole lot,” Dillow said Wednesday, referring to the local mask aversion. “It doesn’t escape me that our numbers are the highest in the state and our vaccine rates are the lowest.”

Mat-Su residents are different politically from their urban neighbor to the south. More than 70% of Mat-Su voters backed former President Donald Trump. Republicans and supporters of the former president are the least likely to seek a vaccine for the coronavirus, an NPR/PBS NewsHour/Marist survey found last week.

Generally, people in Mat-Su are also just vaccine-leery, Dillow said. The state is working with schools and providers to encourage more people to get COVID-19 shots.

The local steering committee for vaccine distribution has known since December that interest might lag, and they’re seeing that now, she said. “There’s a lot of people on the fence. There are still a lot of people that want it but it’s slowing down a little bit. We’re reaching that group that isn’t really sure.”

A clinic at the Alaska State Fairgrounds ended Tuesday. There were enough doses for another 350 people, though none were wasted.

Dillow said she tries to tell reluctant vaccine recipients that any risks from a shot are outweighed by the dangers of the virus.

She has personal points of reference like a 30-year-old woman she knows who contracted COVID-19, then had a stroke.

“My daughter works at Alaska Regional and she can go up to the ICU any day and see people laying on their stomachs and trying to breathe easier on ventilators,” Dillow said. “And she’s like, ‘Yeah, get the vaccine please.’ But everyone doesn’t see that.”