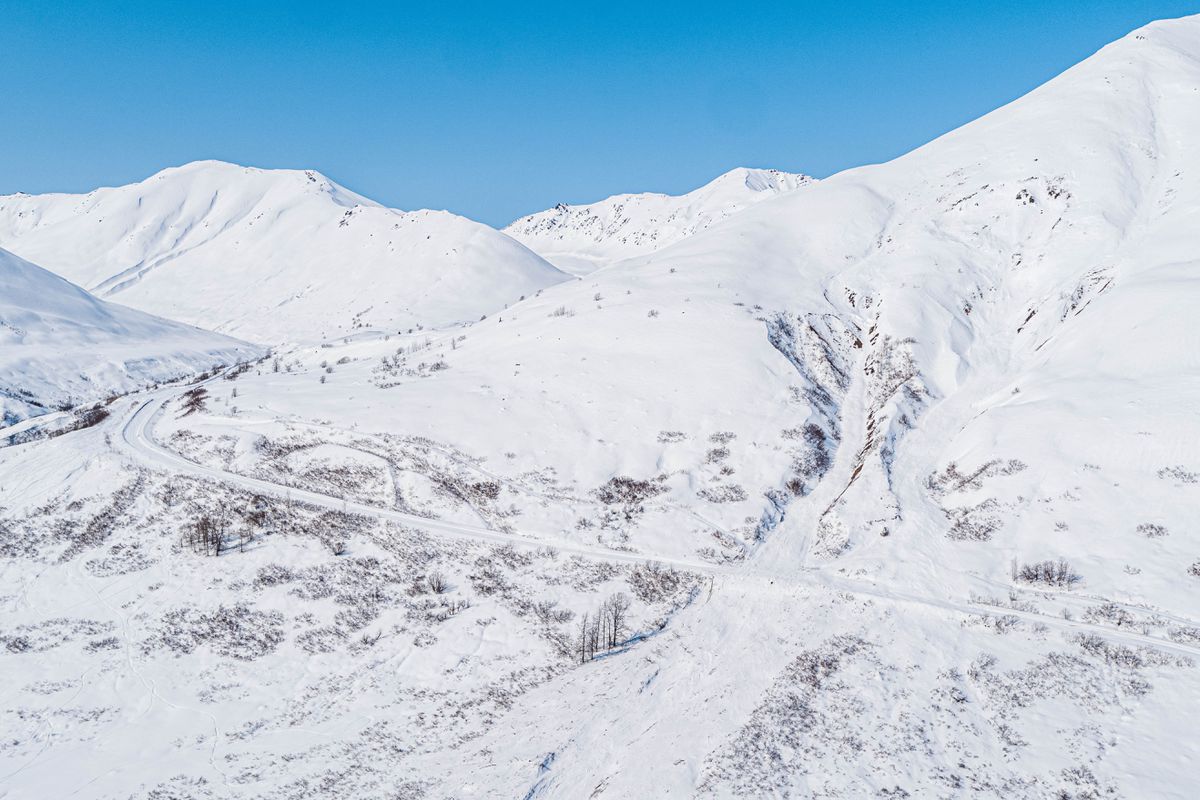 The remains of one of several avalanches crosses Hatcher Pass Road on Friday, April 16, 2021. The road was reopened late Tuesday. (Loren Holmes / ADN)

The remains of one of several avalanches crosses Hatcher Pass Road on Friday, April 16, 2021. The road was reopened late Tuesday. (Loren Holmes / ADN)

Hatcher Pass Road reopened Tuesday night after crews from the Alaska Department of Transportation and Public Facilities finished clearing heavy snow and debris from a series of avalanches more than two weeks ago.

Five avalanches on Easter covered a 2,400-foot stretch of the road in the Matanuska-Susitna Borough north of Anchorage that provides access to terrain for skiing, snowboarding and snowmachining. Avalanches of that magnitude had not hit the area in roughly 40 years, DOT said.

Dangerous avalanche conditions that persisted in the area for more than a week prevented immediate road clearing. On Friday, a helicopter crew dropped 15 charges to trigger any potential remaining avalanches so the area would be safe for ground crews, DOT spokeswoman Shannon McCarthy said.

Heavy machinery was staged at the site, and crews were able to start working immediately when the area was declared safe on Friday, she said.

DOT&PF Maintenance crews have completed #HatcherPass Road clean up and are demobilizing equipment from the area. The road will reopen to the public this evening around 7 p.m. #Alaska #Avalanche

The debris was so dense that normal snowplows and blowers couldn’t be used, McCarthy said.

“You can really only move this kind of avalanche debris with loaders,” she said. “They’re basically pushing the snow and then hauling it away — it’s so dense, it’s like concrete.”

Officials initially estimated the debris to be about 6 feet deep, but McCarthy said they discovered it was up to 20 feet deep in some places. Crews finished removing the debris from Hatcher Pass Road by about 4 p.m. Tuesday and the road was reopened that evening, McCarthy said.