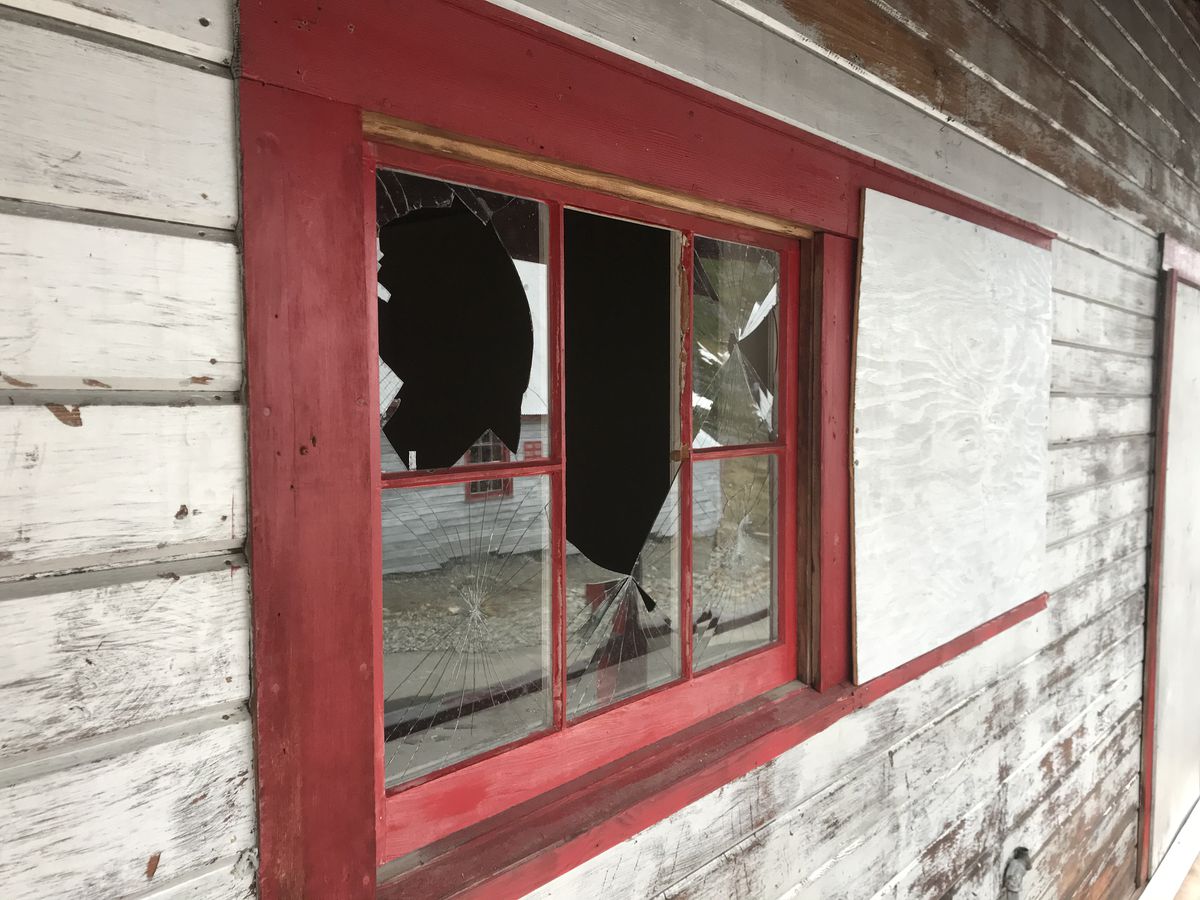 ”They will have it secured in time to open, but I don’t know how long the repairs are going to take … I think there’s a presumption that the (vandalism) done could not have been done by one person,” Saddler said.

The park will still open as scheduled Friday, officials said in the statement.

Stuart Leidner, superintendent of Alaska State Parks’ Mat-Su and Cooper River Basin region, said in an email that the mess hall, commissary, apartment complex and bunkhouse No. 1 had been damaged. The assay office had some damage, but was mostly usable after it had been cleaned up, he said. The bunkhouse that serves as the visitor center was not damaged, he said.

“The challenge is as these are all craftsman made windows and are historic properties, we have a lot more work to do,” Leidner said. “We can’t simply buy new windows and install them. Historic renovations are simply more costly.”

Leidner said in the statement there is no estimate yet on the cost of the damage.

Salmon Berry Travel & Tours is the private concessionaire that operates the historical site and offers tours there, and co-owner Mandy Garcia said she was “devastated” when she saw the vandalism.

Evidence left behind at the scene may help park law enforcement rangers identify who is responsible, officials said in the statement.

Anyone with information about the vandalism can call Alaska State Parks’ regional office for the Mat-Su and Copper River Basin at 907-745-8935.