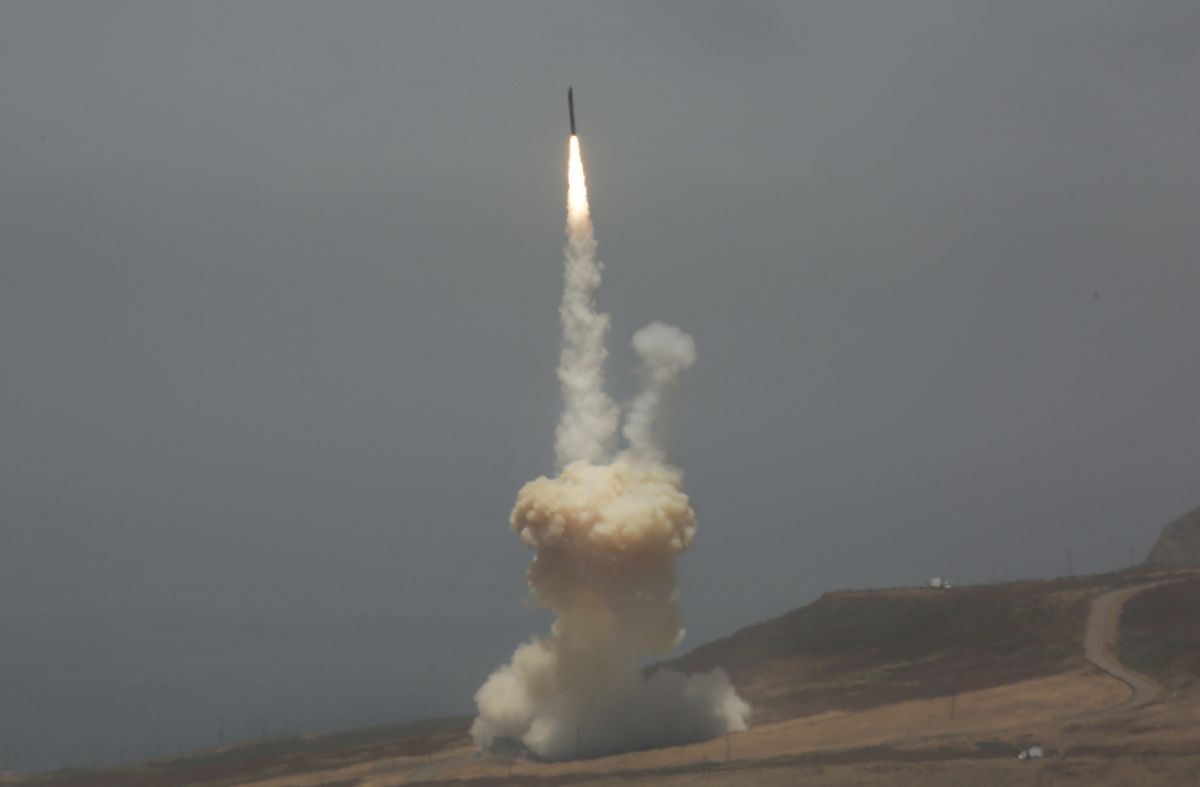 A ground-based interceptor missile is launched from Vandenberg Air Force Base, California, on May 30, 2017. (Al Seib/Los Angeles Times/TNS)

A ground-based interceptor missile is launched from Vandenberg Air Force Base, California, on May 30, 2017. (Al Seib/Los Angeles Times/TNS)

WASHINGTON — In the first test of its kind, the Pentagon on Monday carried out a “salvo” intercept of an unarmed missile soaring over the Pacific, using two interceptor missiles launched from underground silos in southern California.

The interceptors were launched from Vandenberg Air Force Base in California. The target missile was launched from the Reagan Test Site in the Marshall Islands.

"The system worked exactly as it was designed to do," said Air Force Lt. Gen. Samuel A. Greaves, director of the Missile Defense Agency. He said the test result "demonstrates that we have a capable, credible deterrent against a very real threat."

Even though the missile defense system has been operating for more than a decade, this was the first time it had attempted a "salvo" intercept in which more than one interceptor missile is launched at a single target missile. The salvo concept is meant to improve the chances of hitting an incoming missile, which in actual combat could contain decoys and other measures designed to make it difficult for an interceptor to find and hit the target.

Laura Grego, a senior scientist at the Union of Concerned Scientists, said before Greaves' announcement that a successful intercept did not mean the missile defense system is fully ready to defend the U.S. in combat. She noted that the test was carried out under an unusually thick veil of secrecy.

"Success is better than failure, but because of the secrecy I have no idea how high the bar was set," she said. "How realistic was the test? The Pentagon had a very long way to go to demonstrate the system works in a real-world situation."

The Pentagon is putting additional billions of dollars into expanding its arsenal of missile interceptors, which are based mainly at Fort Greely in Alaska. In the 2020 defense budget request sent to Congress earlier this month, the Pentagon asked for $9.4 billion for missile defense, including the system based in Alaska.

“If we are to adequately protect our homeland, it is critical that the United States support and expand our ground-based missile defense infrastructure,” Young said. "Today’s successful test over the Pacific by MDA further emphasizes the value of missile defense interceptors to our national security, and I will continue advocating for our nation’s missile defense sites.”