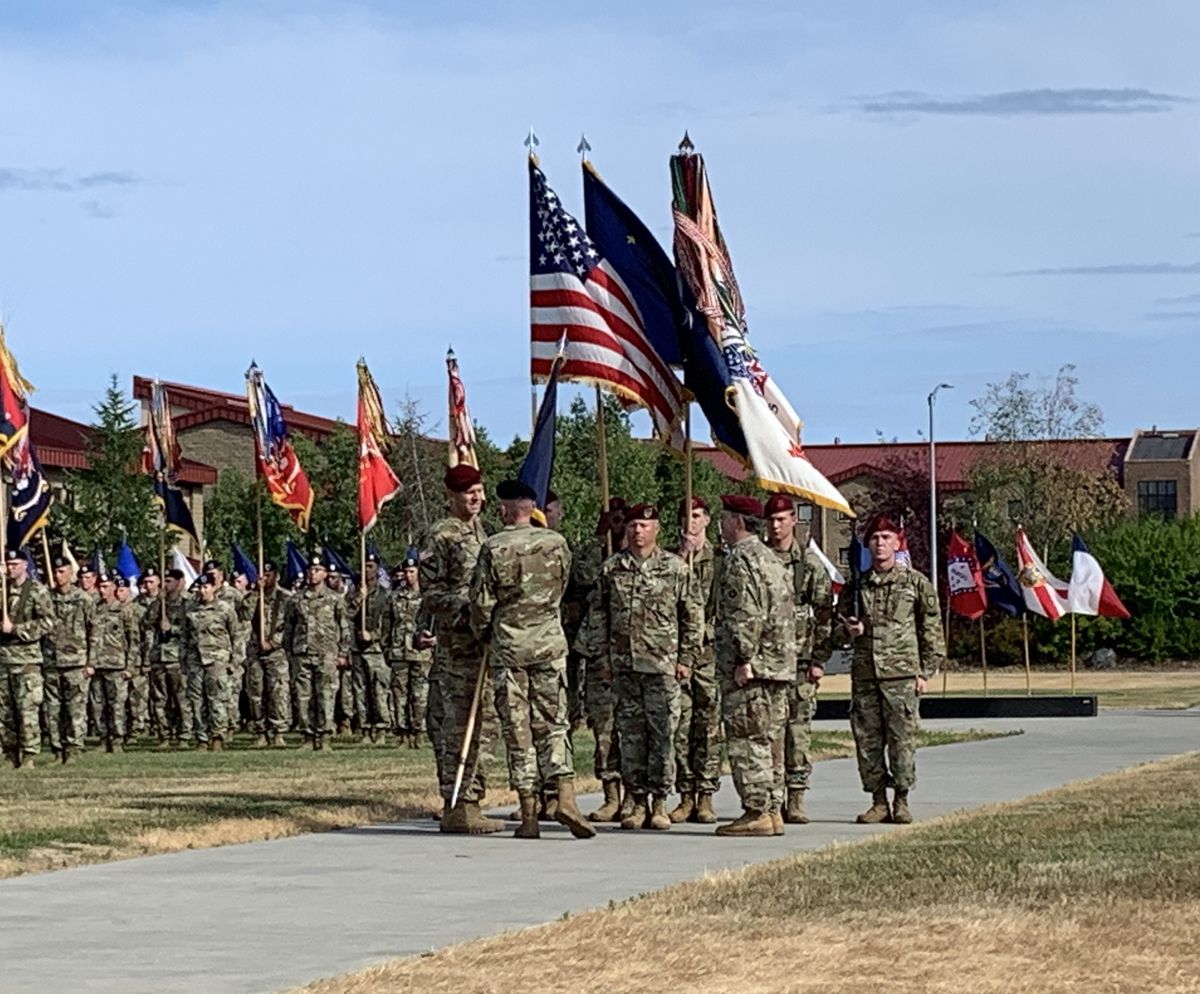 Soldiers from the U.S. Army Alaska welcomed a new commander Tuesday morning in a ceremony at Joint Base Elmendorf-Richardson in Anchorage.

In front of a crowd of senior military leaders, family and friends, Maj. Gen. Peter B. Andrysiak Jr. accepted the U.S. Army Alaska flag and responsibility for the soldiers under his new command from Lt. Gen. Gary J. Volesky, commanding general of I Corps at Joint Base Lewis-McChord in Washington state.

Incoming commander Andrysiak is a U.S. Military Academy graduate and has been in the Army for more than 29 years. He has led soldiers at nearly every stage of his career, and his previous deployments include Rwanda, Kuwait, two tours to Iraq and three tours to Afghanistan.

A previous commander of the 2nd Engineer Brigade at JBER, Andrysiak returns to Alaska with his wife, Casey, and their two children, MacKenzie and Max. The family was last stationed in Hawaii, where he served as the U.S. Army Pacific chief of staff.

“I can’t tell you how good it is to be back in Alaska,” Andrysiak, addressing the crowd, said of his return.

“Alaska is a very special place, and your warmth and support to the military is unrivaled.”

As the U.S. Army Alaska commander, Andrysiak will supervise units located at JBER and Fort Wainwright, to include two brigade combat teams, several battalions and the Northern Warfare Training Center.

“We look forward to renewing old friendships and making new ones,” Andrysiak said. "We are deeply honored to be rejoining this amazing team in the land of the midnight sun.”

The outgoing commander, Maj. Gen. Mark J. O’Neil, is retiring after more than three decades of service. O’Neil has served in a variety of leadership positions — including in special operations — since joining the military in 1986. He has deployed to peacekeeping operations in Bosnia and deployed 15 times in support of operations in Iraq and Afghanistan.

Addressing the soldiers he led for the last two years for a final time, O’Neil said, “Today’s ceremony is about you.”

“I am grateful to have served with each of you,” he said, looking out to the formation.

“I challenge each and every one of you in this formation, and beyond, to never stop investing in each other," he said. “Own your responsibility to improve and continue to take care of each other, that’s what it means to be an Arctic warrior."