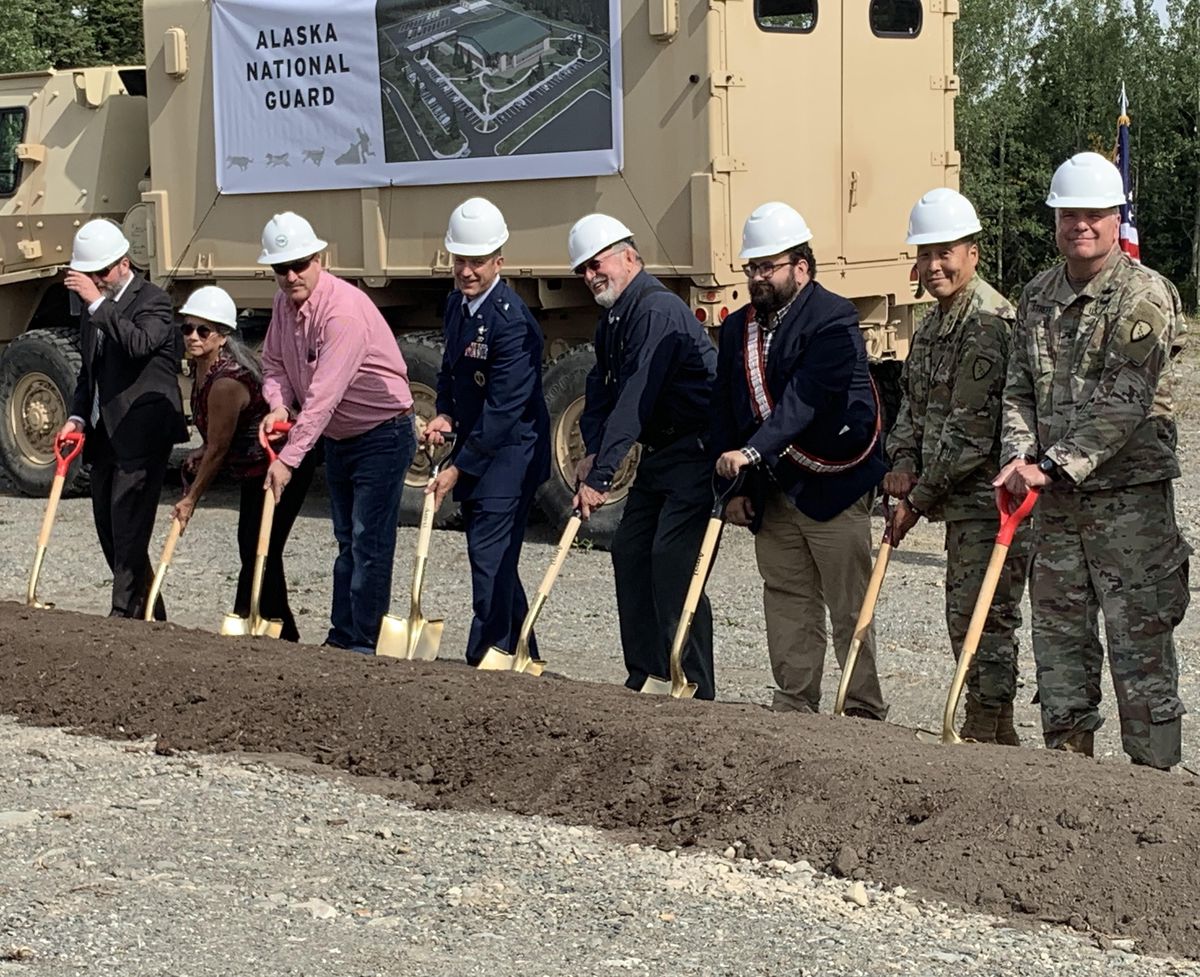 Members of the Alaska National Guard broke ground Thursday afternoon on a new $24 million administrative and logistics building in a ceremony at Joint Base Elmendorf-Richardson.

The building will be home to PFO staff — who are currently “spread over several buildings," DeMers said — and will host training rooms and the Alaska Army National Guard Central Issue Facility, where incoming or deploying soldiers will be issued the equipment they need.

Brig. Gen. Torrence Saxe, the adjutant general of the Alaska National Guard, spoke to a crowd of around 70 attendees at the beginning of the ceremony.

“It’s going to be an incredibly efficient building,” Saxe said.

Saxe extended his appreciation to U.S. Rep. Don Young, who attended the ceremony as a guest speaker, as a “driving force behind what we’re doing today.”

“The Guard has been very important in this great state of ours for many, many years," Young told the crowd.

The facility is scheduled to be completed in February 2021.

Correction: A previous version of this story incorrectly reported the size of the new building as 4,600 square feet.