Unalaska prepares for visit by 1,000 Navy sailors and Marines 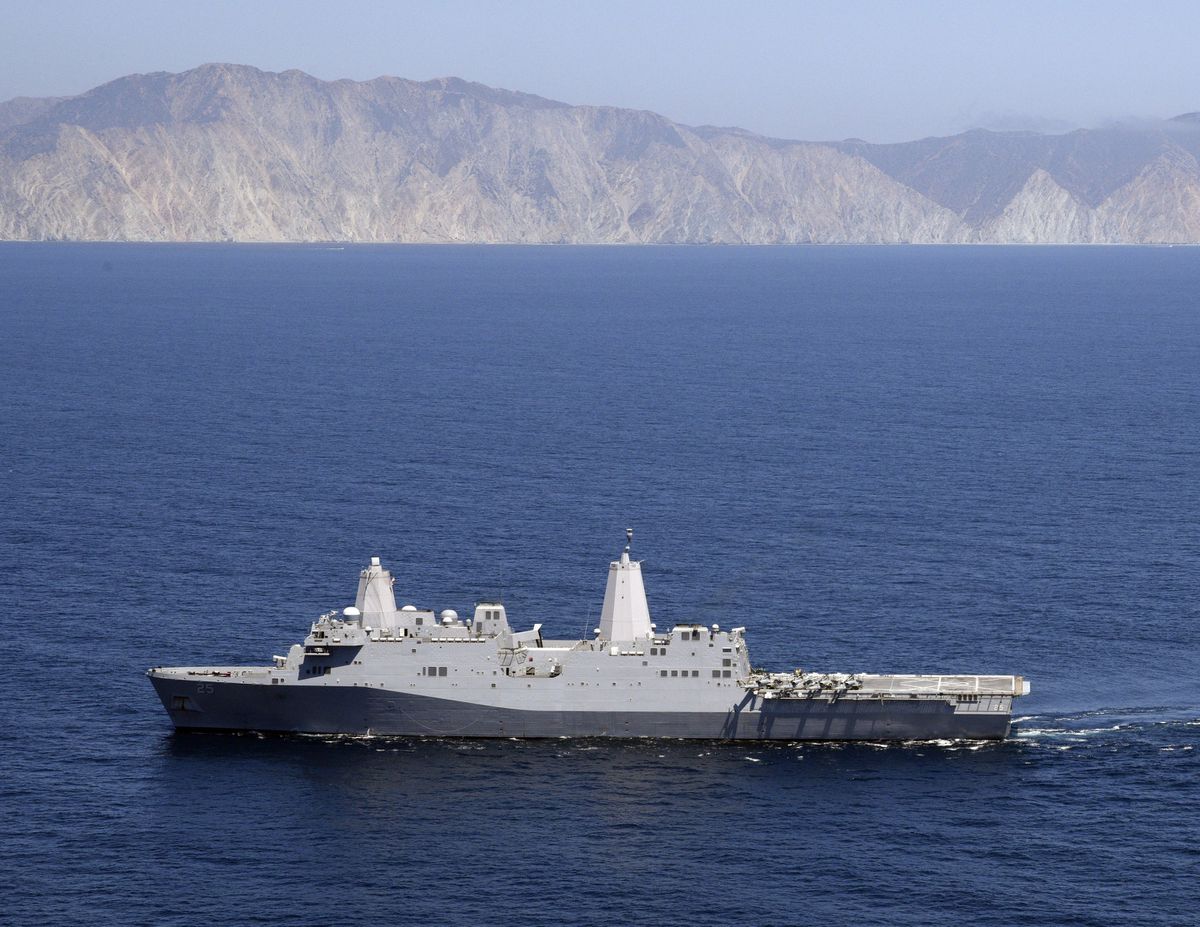 The USS Somerset is shown in the Pacific Ocean in this undated photo. (U.S. Navy photo by Spc. 1st Class Larry S. Carlson)

The USS Somerset is shown in the Pacific Ocean in this undated photo. (U.S. Navy photo by Spc. 1st Class Larry S. Carlson)

A Navy ship with about 1,000 sailors and Marines will spend a few days in Unalaska this week following storm-the-beach exercises in Adak, and local police may have a Navy shore patrol along for the ride.

Naval vessels are a rare sight in Unalaska, with the most common occurrence in recent years being the unscheduled arrivals of submarines dropping off crew members needing to fly home fast because of family emergencies.

The U.S.S. Somerset will make its second refueling trip in a month, after having stopped over last weekend with some but not all the crew going into town. This weekend, the whole crew will visit.

“This is a more leisurely stop,” said Navy spokesman Brandon Raile, and will provide the crew a chance “to see a little bit more of Alaska other than Adak.”

Raile said the purpose of the visit is largely recreational, especially for the sailors who stayed on the ship in Adak while the Marines went ashore in the amphibious landing exercise. He said the exercise’s purpose was to assess “our ability to take a beach in this environment, which is not something we’ve done in some time.”

The Somerset is an amphibious transport dock ship homeported in San Diego.

The ship will dock in Unalaska from Thursday through Sunday, according to the city ports department.

Navy visits may become more common as military activities increase in the North Pacific and melting sea ice brings more international traffic along polar routes, the Northwest Passage across the Canadian Arctic, and the Northern Sea Route across the top of Asia.

Raile said Navy surface vessels probably last called in Unalaska in the early 1990s, while Adak was still an active Navy facility. The Navy pulled out around 1997, with Cold War tensions easing following the collapse of the former Soviet Union.

But now the region is drawing greater military interest, with melting sea ice providing greater maritime access, and the Navy is in the “very early stages” of researching a place in Alaska for a base or another permanent facility, Raile said.

Raile said the Adak exercise was a valuable learning experience despite some tough weather.

The weather did prevent one planned Adak project for the Marines: a search-and-rescue mission on the mountainous, tundra-covered island, according to Marc Webber, deputy manager of the Alaska Maritime National Wildlife Refuge.

Webber said the U.S. Fish and Wildlife Service gave the Marines permission to conduct the mission on refuge land on the island, but extreme rain and wind led to the project’s cancellation. The amphibious landing exercises were conducted with the consent of The Aleut Corp., he said.

Webber said he attended a community planning meeting in Adak in August with the Navy, the city government and the regional Native corporation that took over the ownership of the former naval air station, where around 7,500 military and dependents lived in now mostly abandoned suburban-style housing.

An extra 1,000 people in town presents challenges to the local police department, and Lucking expects the Navy will help out by allowing shore patrol officers to ride in the department’s patrol vehicles.

“We’d love to have their guys with us,” Lucking said.

Lucking said that same system has been employed in the past when large contingents from Coast Guard vessels were in town.

Raile said plans for a community open house aboard the warship have been canceled because the vessel is short on space, being loaded with equipment from the Adak exercise. But smaller groups of school students and community members will tour the ship, he said..

Raile said the Adak exercise was part of a two-part training project in Alaska, the Arctic Expeditionary Capabilities Exercise. In Seward, the U.S.S. Comstock practiced resupplying the town with fuel, simulating a situation in which local docks were destroyed by a tsunami or earthquake.