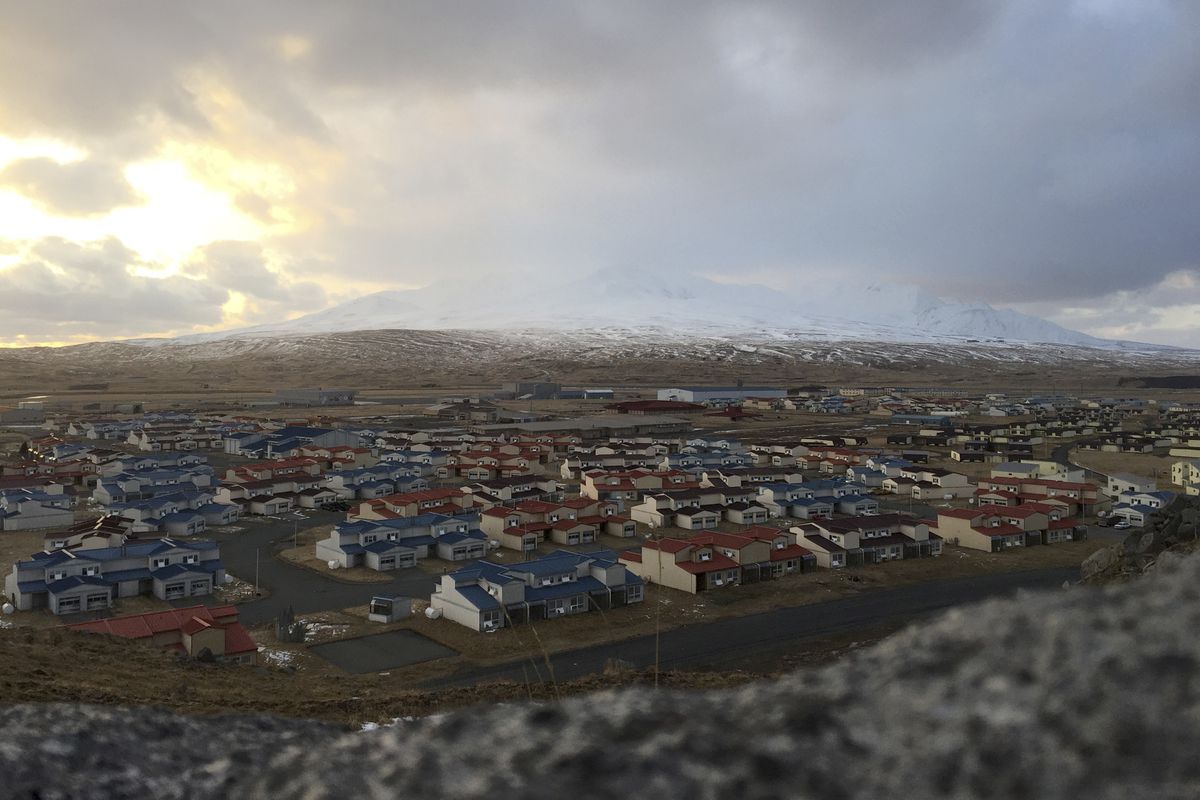 In this April 2015 photo, the buildings of the former Adak Naval Air Facility sit vacant in the Aleutians. (Julia O'Malley/ADN)

In this April 2015 photo, the buildings of the former Adak Naval Air Facility sit vacant in the Aleutians. (Julia O'Malley/ADN)

The Native regional Aleut Corporation owns much of the land on Adak Island and is promoting a military return to the Aleutian Islands, Alaska Public Media reported Thursday.

A potential permanent base in Alaska is under consideration, but no decisions have been made, said Navy spokesperson Lt. Rochelle Rieger.

The Pentagon closed a large naval air base on Adak in the 1990s, but the Navy and Marine Corps recently held large-scale exercises there to test cold-climate capabilities.

The conditions allowed military personnel to practice maneuvers used during missions including moving large numbers of troops and supplies from a warship onto shore, said Navy Rear Admiral Cedric Pringle.

Adak is 444 miles from the nearest population hub, Unalaska, and more than 1,200 miles from Anchorage. As ice melts in the Arctic, Aleut Corp. envisions a cargo shipping hub on Adak serving vessels using the Northern Sea and Trans-Polar routes.

The Navy's return would also contribute to the revival of the small civilian community on the island, which has a population varying between 100 and 300 throughout the year, said Paul Fuhs, corporation military liaison.

“When you’re in a war you don’t get to pick your weather,” Fuhs said. “They like it, it’s a challenge. They want to challenge their troops.”