Sen. Sullivan says he told Trump there may be a way to defuse hostilities with Iran 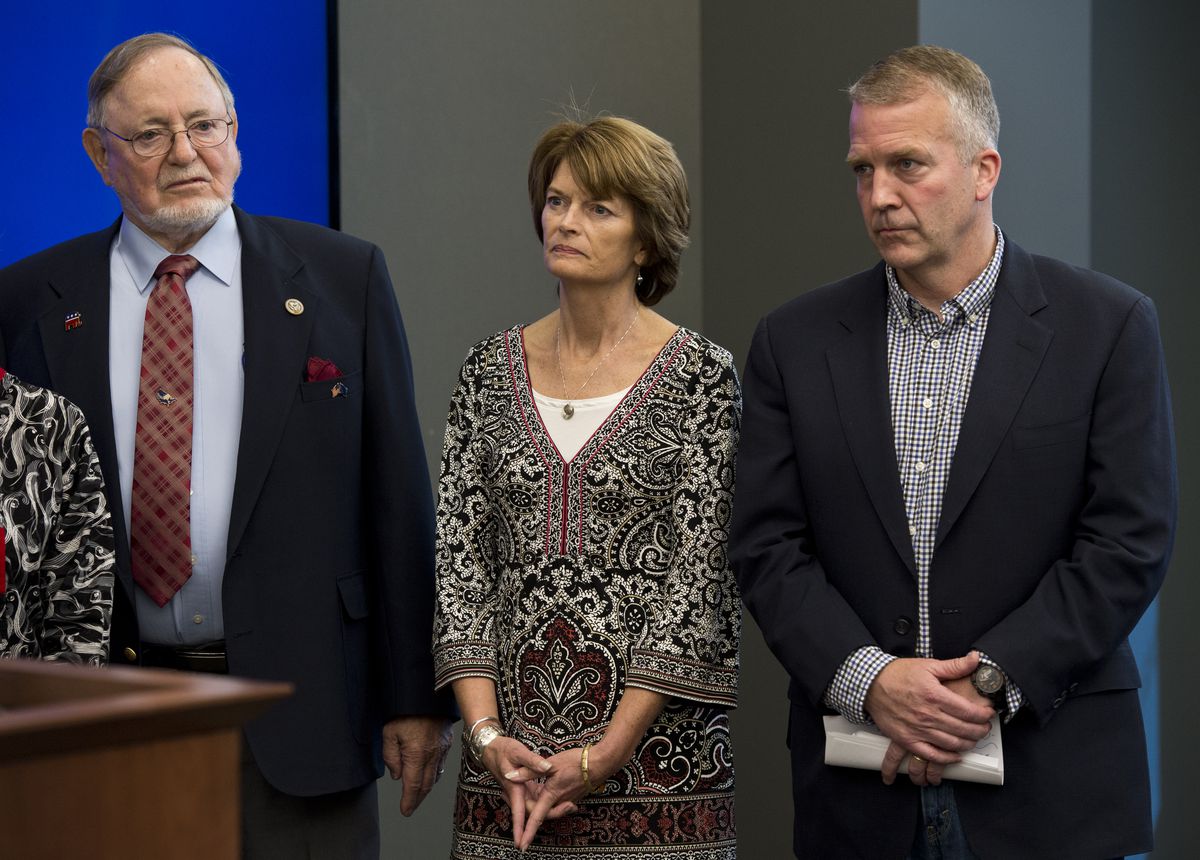 Sen. Dan Sullivan said he called President Donald J. Trump early Wednesday morning and advised the president that Iran might be looking for a way to ratchet down the tension.

Sullivan said he pointed out that after the attack, Iran foreign minister Javad Zarif said in a tweet that Iran does not want “escalation or war." That might be a chance to work toward a resolution with Iran, he said.

“It was my advice that we seek that opportunity,” said Sullivan, who served as a U.S. Marine Corps staff officer to Gen. John Abizaid, former U.S. Central Command commander, in 2005 and 2006.

Iran on Tuesday launched at least a dozen ballistic missiles against U.S. military and coalition forces in Iraq, targeting at least two Iraqi military bases at Al-Assad and Irbil, the Department of Defense said. The attacks came in response to the U.S. drone strike killing of Iranian Gen. Qassem Soleimani on Friday.

No U.S. soldiers were harmed in the attack. Some 2,000 soldiers from the 1st Stryker Brigade Combat Team, 25th Infantry Division based at Fort Wainwright are serving in Iraq, officials said. Some members of the Alaska Air Guard are also serving in the Middle East, at undisclosed locations.

Speaking with a reporter Wednesday, Sullivan said Trump’s decision to kill Soleimani was appropriate, given the future threat the Iranian general presented to Americans and allies.

Sullivan, now a colonel in the U.S. Marine Corps Reserves, said he was often in the Middle East when he worked for Abizaid. Sullivan was familiar with the problems caused by Soleimani, he said.

Soleimani oversaw the use of lethal improvised explosive devices that were spreading across Iraq at the time, Sullivan said. Soleimani is responsible for the deaths of more than 600 American soldiers and more than 2,000 injuries from those bombs, according to the senator.

“And what was pretty remarkable was that the U.S. never held him responsible,” Sullivan said — until now.

“I certainly believe the (drone killing) was justified, constitutionally, strategically, and most importantly from the standpoint of re-establishing a deterrence in the region,” Sullivan said.

Rep. Don Young said in a statement Wednesday that he was "especially thankful that our Alaska-based soldiers serving in Iraq are safe and accounted for following the strike, and pray for their continued safety,”

He called Iran the “world’s largest state sponsor of terrorism” and said Soleimani was a terrorist “who committed heinous atrocities and facilitated human rights abuses against the oppressed people of Iran.”

He said he was grateful for Trump’s “strong leadership.”

Trump, in an address to the nation Wednesday, said he ordered the drone attack to eliminate the world’s “top terrorist.” He said he would boost sanctions against Iran.

Sen. Lisa Murkowski on Twitter said she was closely monitoring the situation. She said her heart “is with all of the brave Americans, in Iraq and deployed elsewhere abroad, as well as their families and our allies.”

She also said she supported a resolution from Sen. Ted Cruz, R-Texas, to be introduced this week, that commends the president, military and intelligence community for the operation against Soleimani.

“For decades the U.S. attempted to dissuade Soleimani and the Quds Force from continued aggression against the U.S. and our allies," Murkowski said in a statement. "They are responsible for the deaths of hundreds of American service members and repeated attacks on American facilities, including the horrible and unacceptable attacks on the U.S. Embassy in Baghdad that recently took place.”

My statement on @SenTedCruz's resolution honoring the members of the military and intelligence community who carried out the mission that killed Qasem Soleimani: pic.twitter.com/agmhcA1Q7b