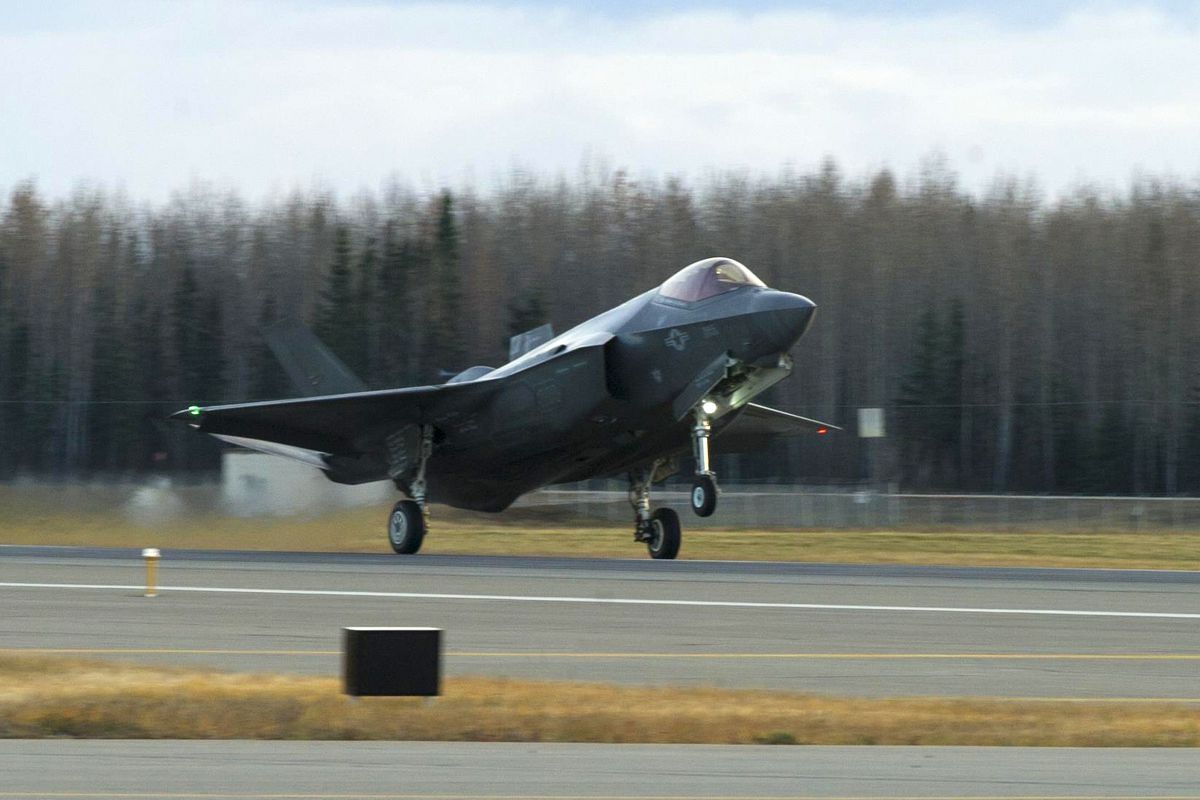 FAIRBANKS — The first aircraft in a large group of F-35A Joint Strike Fighter jets have embarked on a transfer to Eielson Air Force Base.

The base expects to receive 54 jets and an additional 1,300 personnel by December 2021. Two aircraft per month are scheduled to arrive after the initial group of jets.

Two squadrons of F-35As will join the reactivated 356th Fighter Squadron with the 18th Aggressor Squadron of F-16s and the 168th Air Refueling Wing.

Alaska's congressional delegation including Republican U.S. Sens. Lisa Murkowski and Dan Sullivan and Republican U.S. Rep. Don Young welcomed the arrival of the jets, which Murkowski said strengthens the nation's defense capabilities and is a "milestone" for the Arctic region.

"This has been a long time effort by the Alaska Congressional Delegation, the Tiger Team, and the military, and I congratulate everyone who played a part in making this a reality," Murkowski said in a statement.

She added: "The importance these squadrons of F-35s will play in our national defense, while also providing our airmen with incredible, real-world training is unparalleled."

Alaska will soon be home to "more than 100 fifth-generation fighters" and the arrival will secure Alaska's position as "the most strategic place in the world," Sullivan said in a statement.

"The arrival of the first F-35As today is a bright spot in the middle of a challenging time — for Alaska, for Fairbanks and North Pole, for the U.S. Air Force and, most importantly, for our nation's security," Sullivan said.

The transfer of the jets to Eielson was announced in 2016. The arrival of the aircraft will bring pilots, maintenance personnel and their families to Fairbanks, Young said in a statement.

“Years ago, Eielson Air Force base was facing closure” Young said. “We not only prevented that, but with the delivery of the F-35, Eielson has come back even stronger.”