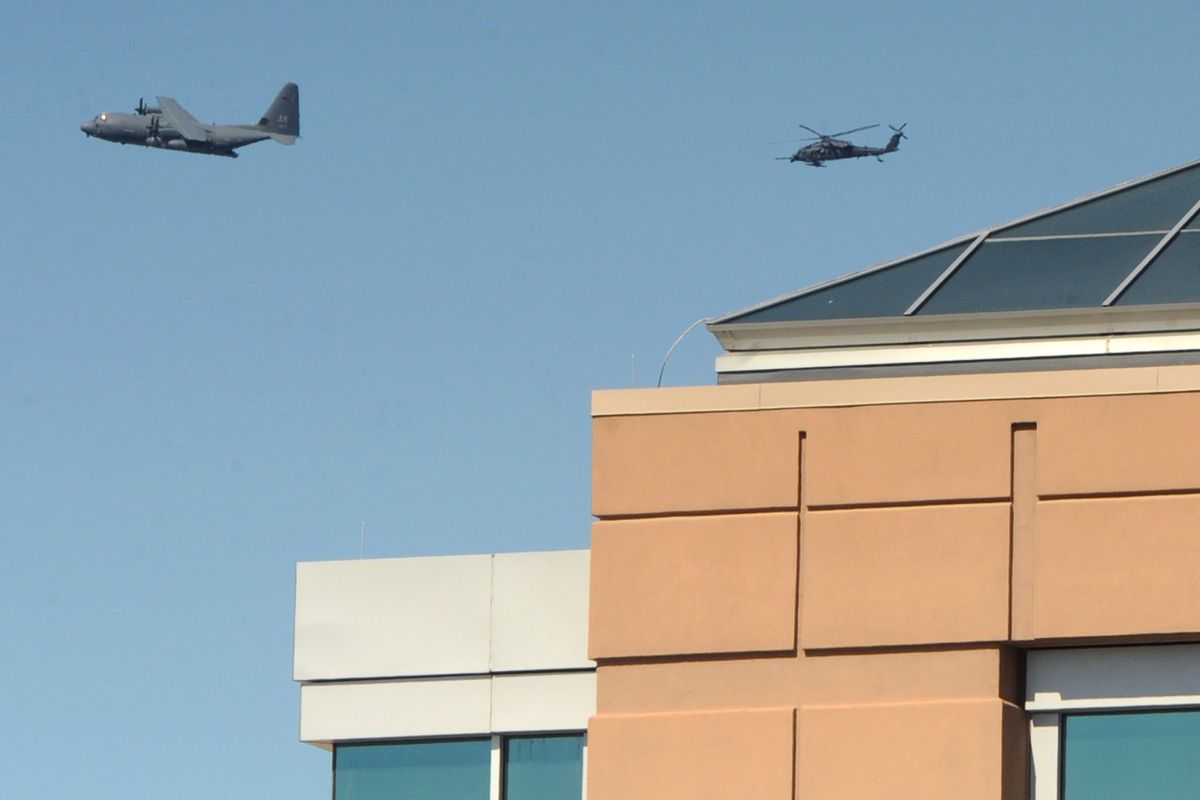 U.S. military aircraft will rip over the Alaska sky this week to show support for first responders and essential workers remaining on the job during the COVID-19 pandemic.

Flyovers will take place Tuesday, Wednesday and Friday, and will consist of planes from the U.S. Air Force and Air National Guard.

“The flyovers, allowed as part of an approved training mission, are part of the Air Force Salutes initiative designed to show appreciation to the countless heroes around the world battling the pandemic, and to lift morale in communities across America,” said a statement posted on the Joint Base Elmendorf-Richardson Facebook page.

The showing will start with flyovers in Bethel, Nome and Kotzebue on Tuesday as an HC-130J Combat King II will streak across the sky, followed by a KC-135 Stratotanker 25 minutes later.

On Wednesday, an HH-60G Pave Hawk and HC-130J Combat King II will fly over Eagle River, Palmer and Wasilla.

F-16 Fighting Falcon and F-35 Lightning II aircraft assigned to the 354th Fighter Wing will fly over of Fairbanks Memorial Hospital and downtown Fairbanks between 10 a.m. and noon Friday.

“Residents in the area are advised to adhere to all social distancing guidelines during this event, to include refraining from gathering in large groups to view the flyover,” a bulletin from 354th Fighter Wing noted.

Statewide, the flights are expected to take place in late morning to the early afternoon. Time estimates of the flyovers will be posted on the Joint Base Elmendorf-Richardson Facebook page the day before the flights. The exact flight time could vary by about a half-hour due to weather, according to the military base’s announcement.

The show of support comes as the Blue Angels have performed flyovers around the country, also in support of front-line responders and essential workers during the COVID-19 crisis.

While many appreciate the gesture, there has been some criticism of the flights, as some have questioned devoting resources to them amid shortages of other supplies needed to respond to the pandemic.