Federal court backs rules treating internet as a utility, not a luxury 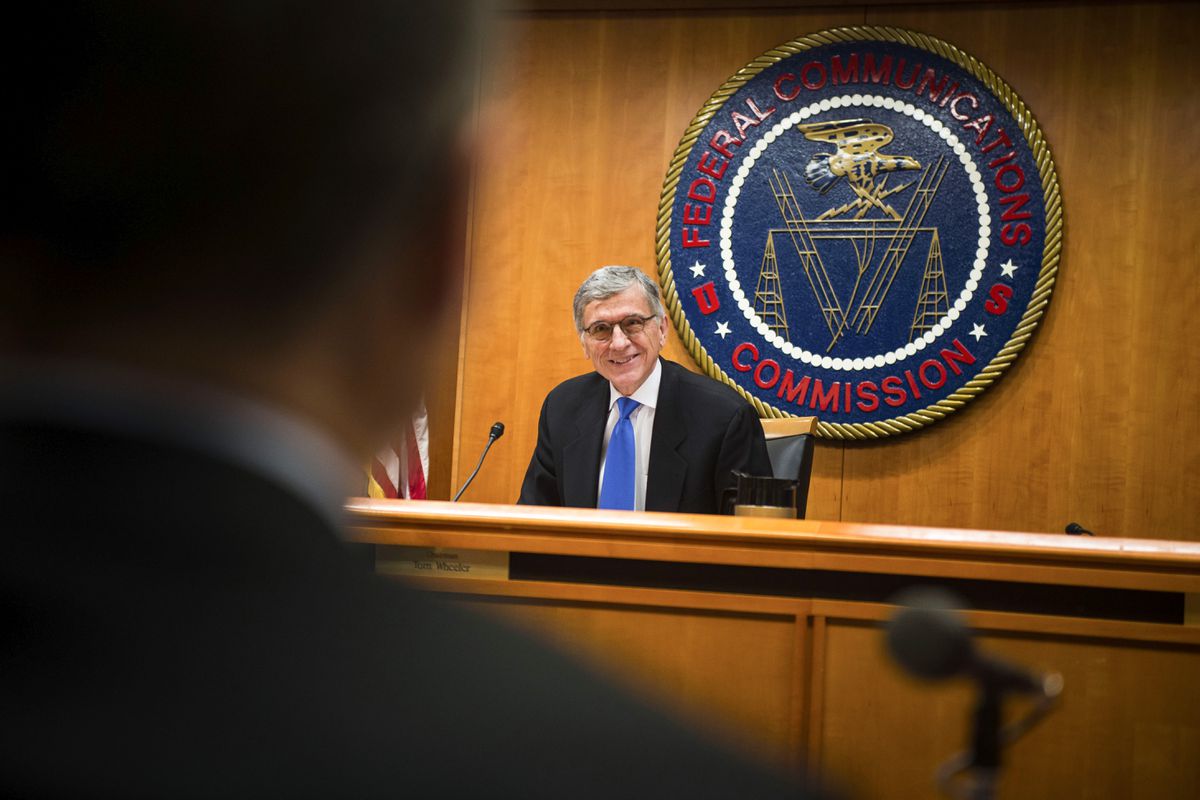 WASHINGTON — High-speed internet service can be defined as a utility, a federal court has ruled in a sweeping decision clearing the way for more rigorous policing of broadband providers and greater protections for web users.

The decision affirmed the government's view that broadband is as essential as the phone and power and should be available to all Americans, rather than a luxury that does not need close government supervision.

The 2-1 decision from a three-judge panel at the U.S. Court of Appeals for the District of Columbia Circuit on Tuesday came in a case about rules applying to a doctrine known as net neutrality, which prohibit broadband companies from blocking or slowing the delivery of internet content to consumers.

Those rules, created by the Federal Communications Commission in early 2015, started a huge legal battle as cable, telecom and wireless internet providers sued to overturn regulations that they said went far beyond the FCC's authority and would hurt their businesses. On the other side, millions of consumers and giant tech firms rallied in favor of the regulations. President Barack Obama also called for the strictest possible mandates on broadband providers.

The court's decision upheld the FCC on the declaration of broadband as a utility, which was the most significant aspect of the rules. That has broad-reaching implications for web and telecommunications companies that have battled for nearly a decade over the need for regulation to ensure web users get full and equal access to all content online.

[Project to deliver high-speed internet to Alaska Arctic ramps up]

"After a decade of debate and legal battles, today's ruling affirms the commission's ability to enforce the strongest possible internet protections — both on fixed and mobile networks — that will ensure the internet remains open, now and in the future," Tom Wheeler, chairman of the FCC, said in a statement.

The two judges who ruled in favor of the FCC emphasized the importance of the internet as an essential communications and information platform for consumers.

"Over the past two decades, this content has transformed nearly every aspect of our lives, from profound actions like choosing a leader, building a career, and falling in love to more quotidian ones like hailing a cab and watching a movie," wrote David Tatel and Sri Srinivasan, the judges who wrote the opinion.

But the legal battle over the regulations is most likely far from over. The cable and telecom industries have signaled their intent to challenge any unfavorable decision, possibly taking the case to the Supreme Court.

AT&T immediately said it would continue to fight.

"We have always expected this issue to be decided by the Supreme Court, and we look forward to participating in that appeal," said David McAtee II, senior executive vice president and general counsel for AT&T.

For now, the decision limits the ability of broadband providers like Comcast and Verizon to shape the experience of internet users. Without net neutrality rules, the broadband providers could be inclined to deliver certain content on the web at slower speeds, for example, making the streams on Netflix or YouTube buffer or shut down. Such business decisions by broadband providers would have created fast and slow lanes on the internet, subjecting businesses and consumers to extra charges and limited access to content online, the FCC has argued.

"This is an enormous win for consumers," said Gene Kimmelman, president of the public interest group Public Knowledge. "It ensures the right to an open internet with no gatekeepers."

The 184-page ruling also opens a path for new limits on broadband providers beyond net neutrality. Already, the FCC has proposed privacy rules for broadband providers, curbing the ability of companies like Verizon and AT&T to collect and share data about broadband subscribers.

Google and Netflix support net neutrality rules and have warned government officials that without regulatory limits, broadband providers will have an incentive to create business models that could harm consumers. They argue that broadband providers could degrade the quality of downloads and streams of online services to extract tolls from web companies or to promote unfairly their own competing services or the content of partners.

The court's ruling was a certainty for the FCC. Two of the three judges who heard the case late last year agreed that wireless broadband services were also common carrier utility services that were subject to anti-blocking and discrimination rules, a decision protested by wireless carriers including AT&T and Verizon Wireless.

In the opinion, the two judges in favor of the rules said internet users don't feel the difference between fixed-wire broadband and mobile service. To an iPad user, whose device switches automatically between Wi-Fi and wireless networks, the government's oversight of those technologies should not differ, they said.

Tech firms cheered the decision, which they said would be particularly helpful to startups that did not have the resources to fight gatekeepers of the web.

"Today marks a huge victory for the millions of microbusinesses who depend on the open internet to reach consumers and compete in the global marketplace," said Althea Erickson, senior director of global policy at the online crafts marketplace Etsy.

In a statement, the cable industry's biggest lobbying group highlighted the comments of the dissenting judge, Stephen Williams, and said that its members were reviewing the opinion. The group also said broadband legislation by Congress was a better alternative to the FCC's classification of internet business as a utility.

"While this is unlikely the last step in this decade-long debate over internet regulation, we urge bipartisan leaders in Congress to renew their efforts to craft meaningful legislation that can end ongoing uncertainty, promote network investment and protect consumers," the National Cable and Telecommunications Association said in a statement.