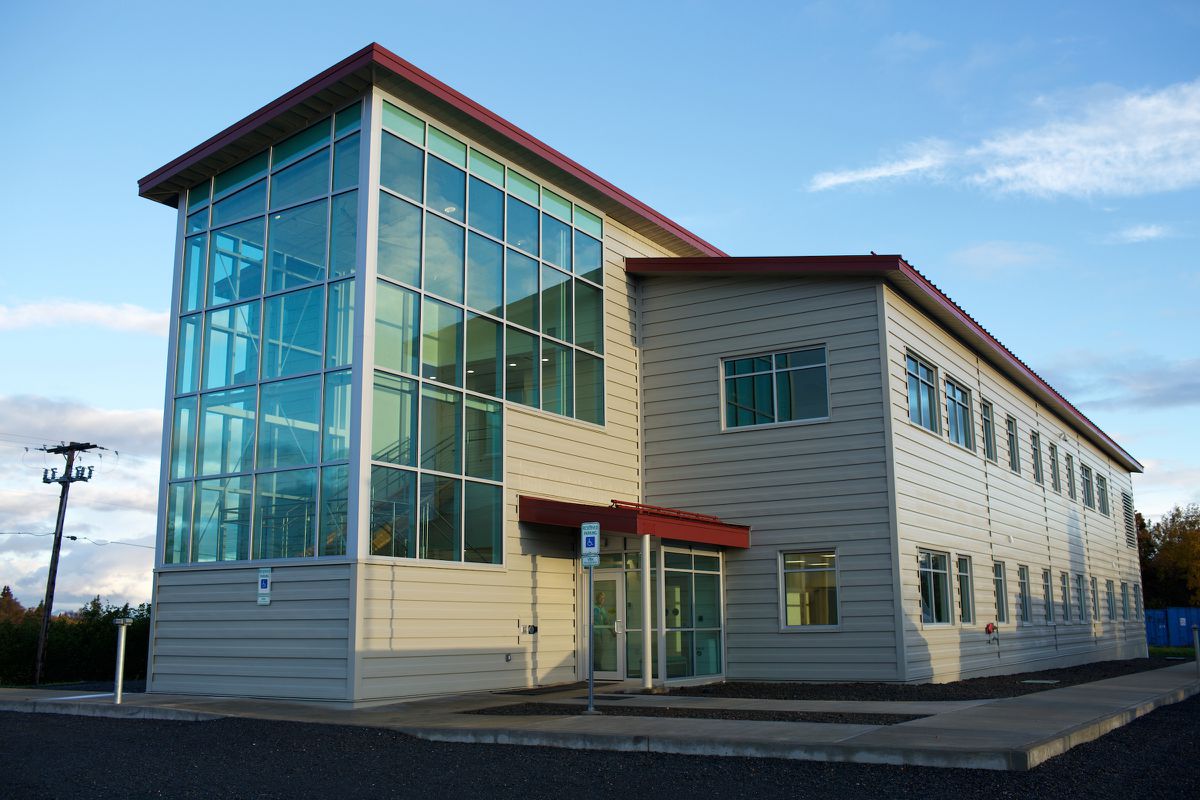 A new state-of-the-art dental clinic opened this week in Dillingham to provide expanded care in the Bristol Bay region, replacing a small clinic in which dental chairs were scattered between two places, including a tattered old trailer.

The Bristol Bay Area Health Corp.'s clinic is the newest building in Dillingham. It features 12 dental chairs, digital equipment and space for administrative staff for the Alaska Native-run health corporation, which serves 28 villages. The $13 million, 15,531-square-foot building was designed to be energy efficient under Leadership in Energy and Environmental Design guidelines.

It's the first building owned by Bristol Bay Area Health Corp. on the Kanakanak Hospital campus. Everything else is under the Indian Health Service but run by the Bristol Bay corporation.

"This is our building now," said Robert Clark, president and chief executive of the Bristol Bay Area Health Corp. "There is a lot of pride and self-determination in owning this building."

The money came from part of Bristol Bay's share of a settlement with the Indian Health Service for years of underpayments to tribal health agencies.

The region, like other parts of rural Alaska, has struggled with poor dental health because of a lack of care providers as well as a change from a diet made up largely of wild fish and game, berries and greens to one high in sugary and starchy foods.

With the new clinic, the health agency will double the size of its dental team, adding about a dozen more employees including three dentists, a dental health aide therapist, a hygienist, seven assistants and more office staff. The expansion also will allow more visits to the region's village clinics for emergency care and checkups, Clark said.

The clinic opened Thursday. A celebration was held Friday.

The old dental clinic, owned by the Indian Health Service, included seven chairs split between the hospital and a separate annex dating to 1973 — really, two converted trailers put together, Clark said. The floor sometimes fell in, the walls were thin and the building was hard to heat, he said.

"It has more than outlived its life," he said.