Mountainside plane crash site near Togiak is a challenge for investigators 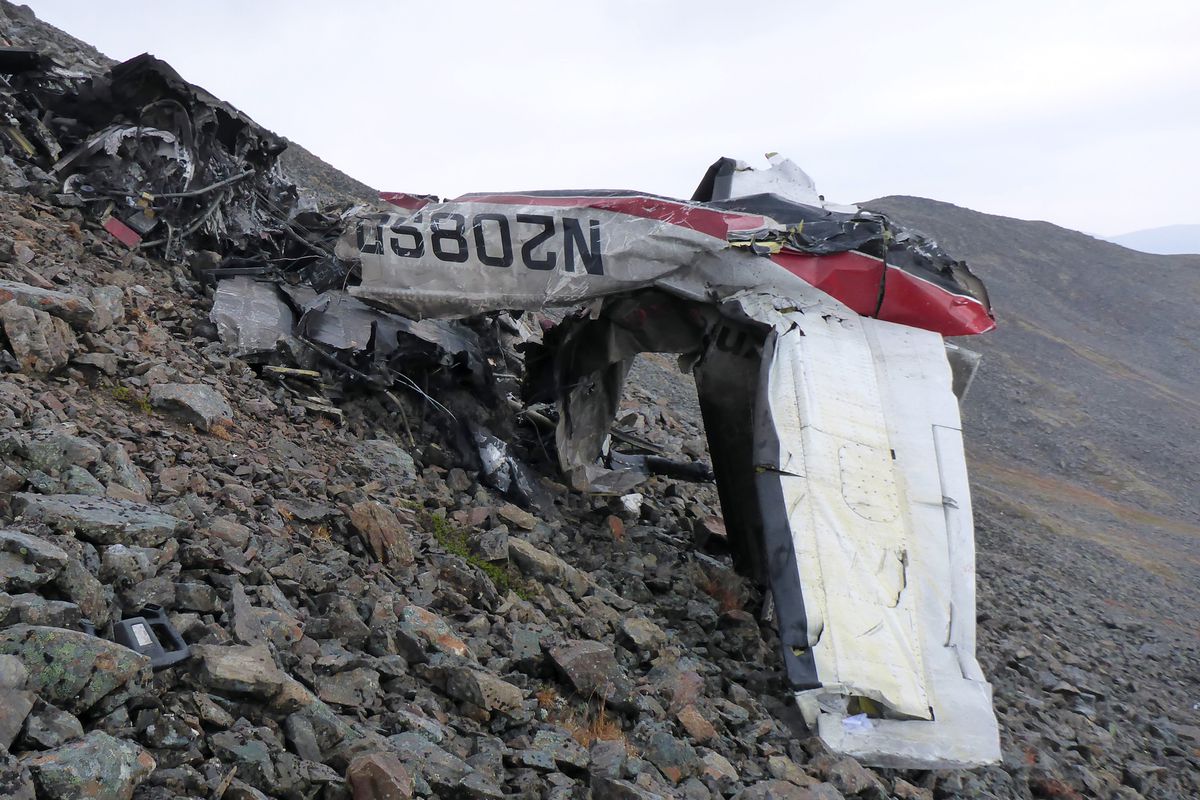 BETHEL – The Ravn Connect plane with two pilots and one passenger aboard that crashed Sunday afternoon near a Southwest Alaska village slammed into a mountainside and caught fire.

Two investigators with the National Transportation Safety Board hiked down a mountain ridge Monday afternoon to reach the crash site of what the agency's Alaska chief called "highly fragmented" wreckage. The Federal Aviation Administration was trying to get investigators to the remote site as well.

The crash near Togiak is the second fatal one for Ravn in just over a month and the fourth in three years under what is now the Ravn brand. All were in Southwest Alaska. In all, 12 people were killed on Ravn planes in those crashes, plus two more on another operator's plane in an August midair collision. Each time, Ravn lost one of its workhorses, the nine-passenger Cessna 208 Caravan.

Ravn Alaska officials on Monday did not respond to multiple telephone calls and emails seeking information.

A search for the cause of Sunday's crash is only beginning. Did something go wrong with the plane in the air? Did heavy fog hide the mountain?

Investigators on Monday documented the parts and pieces of the airplane at the crash site, said Clint Johnson, NTSB chief for Alaska. The wreckage then will be collected for more study.

"The analysis takes place after the recovery," Johnson said. "Everything is on the table at this point."

Alaska State Troopers on Monday delivered NTSB investigators Shaun Williams and Noreen Price by helicopter to a ridge above the crash. Troopers determined Sunday that no one survived the impact.

"That was a pretty violent impact," Megan Peters, troopers spokeswoman, said Monday. Troopers were working to notify next of kin but until then couldn't release the names of those who died, she said.

A contracted helicopter with a sling was needed to recover the bodies, she said.

The remote site, 12 miles northwest of Togiak, is challenging.

"Basically the conditions there are very, very rough," Johnson said. He talked to investigators on scene by cellphone, which was possible because of a GCI tower nearby. "It's huge boulders. It's very rough, unstable mountainous terrain."

The latest crash comes about four months after the FAA issued an unprecedented warning to Alaska air carriers following a yearlong spike in crash injuries and deaths from what it calls "controlled flight into terrain."

In May, the FAA's Alaska flight standards manager sent a letter to more than 200 air charter and commuter operators asking them to review operations and recalibrate their safety culture. The letter came after a series of crashes in the prior 12 months that resulted in 24 serious injuries or deaths.

The Cessna 208B, operated by Hageland Aviation under the Ravn umbrella, left the Bering Sea village of Quinhagak Sunday afternoon headed for Togiak with a pilot, co-pilot and passenger. Along the way, ground controllers for Hageland lost contact. An emergency locator transmitter was activated just before 1:30 p.m., according to troopers.

Heavy fog Sunday afternoon made the wreckage hard to find, said spokeswoman Peters. Until the fog lifted, they could only see a wing, she said.

Ravn operates more than 1,000 commuter flights a week through its Hageland commuter airline.

The string of recent crashes started in November 2013 when a Hageland plane went down near the village of St. Marys, killing four people including a baby and the pilot and seriously injuring six more. The pilot had diverted to St. Marys because of deteriorating weather but didn't have the right setting for the airstrip's pilot-activated lighting. He missed the runway and crashed. In April 2014, two pilots on a training flight crashed near Bethel when they couldn't right the plane after an exercise intended to simulate a disaster.

In August, a Ravn Cessna Caravan and a Piper Super Cub operated by Renfro's Alaskan Adventures collided in the air near Russian Mission. That crash, in which five people were killed, remains under investigation.

The wreckage of both planes in the midair crash is being brought to a hangar in Southcentral Alaska to reconstruct how they came together, Johnson said.

Beyond that, investigators want to figure out whether the pilots could see each other and if not, why not.

The NTSB has the lead in the investigations while the FAA looks for any anomalies in the flight as well as the role of other factors, such as weather.

As to Sunday's crash, NTSB investigators based in Washington, D.C., are collecting radar and radio data from the fatal flight, including Automatic Dependent Surveillance-Broadcast or ADS-B tracking information being transmitted by the aircraft.

Both the NTSB and FAA will be looking for ways "to prevent events like this from occurring in the future," FAA spokesman Allen Kenitzer said in an emailed statement Monday.

The FAA says that 15 people died in Alaska aviation crashes in its 2016 fiscal year, which ended Sept 30.

That "is one less than our not to exceed number of 16," Kenitzer said in an email.

For record keeping, the latest crash will count for the new fiscal year.