Sun sets in Barrow for the last time till Jan. 22 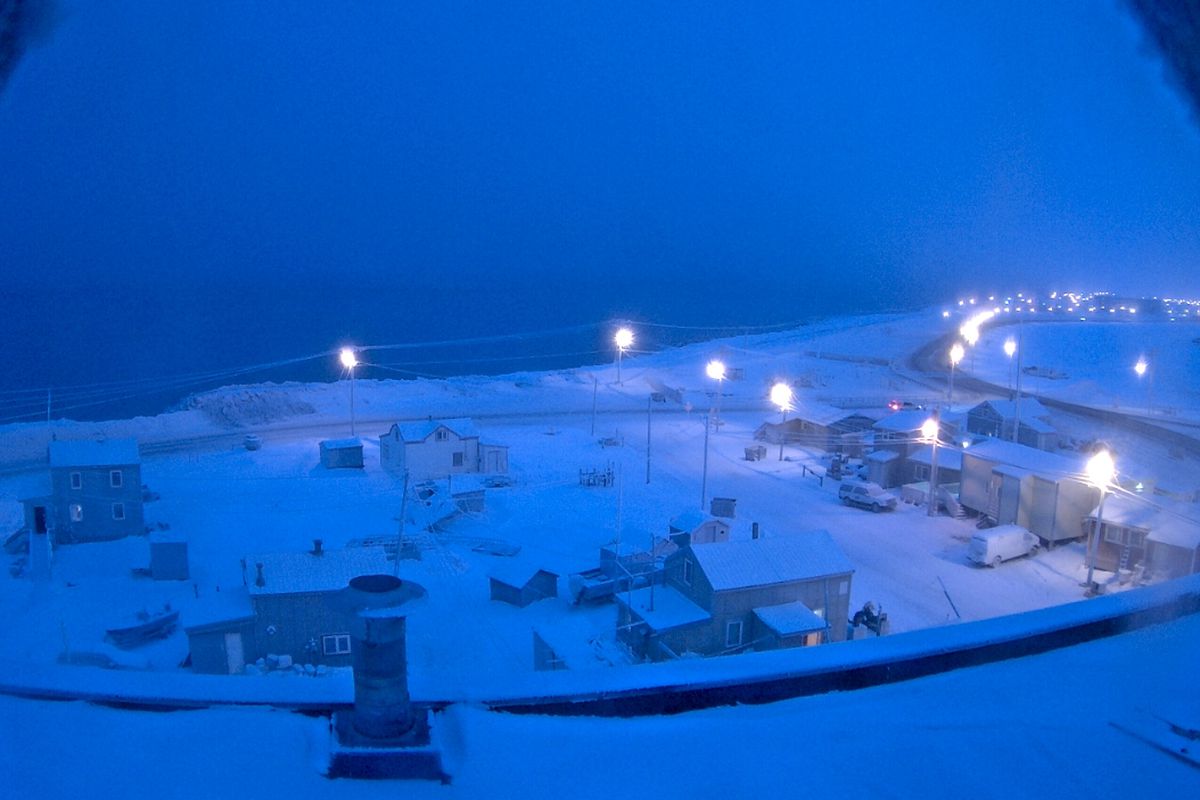 Twilight descends upon Barrow after its last sunset of the year, November 18, 2016. The view is looking approximately north, from atop the bank building in downtown Barrow. (UAF Ice Cam)

Twilight descends upon Barrow after its last sunset of the year, November 18, 2016. The view is looking approximately north, from atop the bank building in downtown Barrow. (UAF Ice Cam)

Or at least, it set for the last time while the city is named Barrow. The sun won't rise again until 1:17 p.m. Jan. 22, 2017, when the city will be operating under its new name, Utqiaġvik.

The name change will take effect Dec. 1. In October, residents of Barrow voted narrowly in favor of changing the name. Utqiaġvik is an Inupiaq word that means a place for gathering wild roots. It has long been used to describe the greater Barrow community.

[Related: Barrow's new name is its old one, Utqiaġvik. Local Iñupiaq leaders hope its use heals as it teaches.]

Until Jan. 22, the nation's northernmost city won't get more than a few hours of twilight each day, when the sun rise won't clear the horizon.

Qaiyaan Harcharek, the Barrow City Council member who sponsored the ordinance to change the name, said he didn't think much of the fact that it was the last official sunset while the city was still "Barrow." He said in a phone interview Friday that he's always thought of the city as Utqiaġvik anyway.

Plus, there were overcast skies with some snow flurries Friday afternoon. The sun was nowhere to be seen.

"So no, I didn't put much thought to it," Harcharek said.