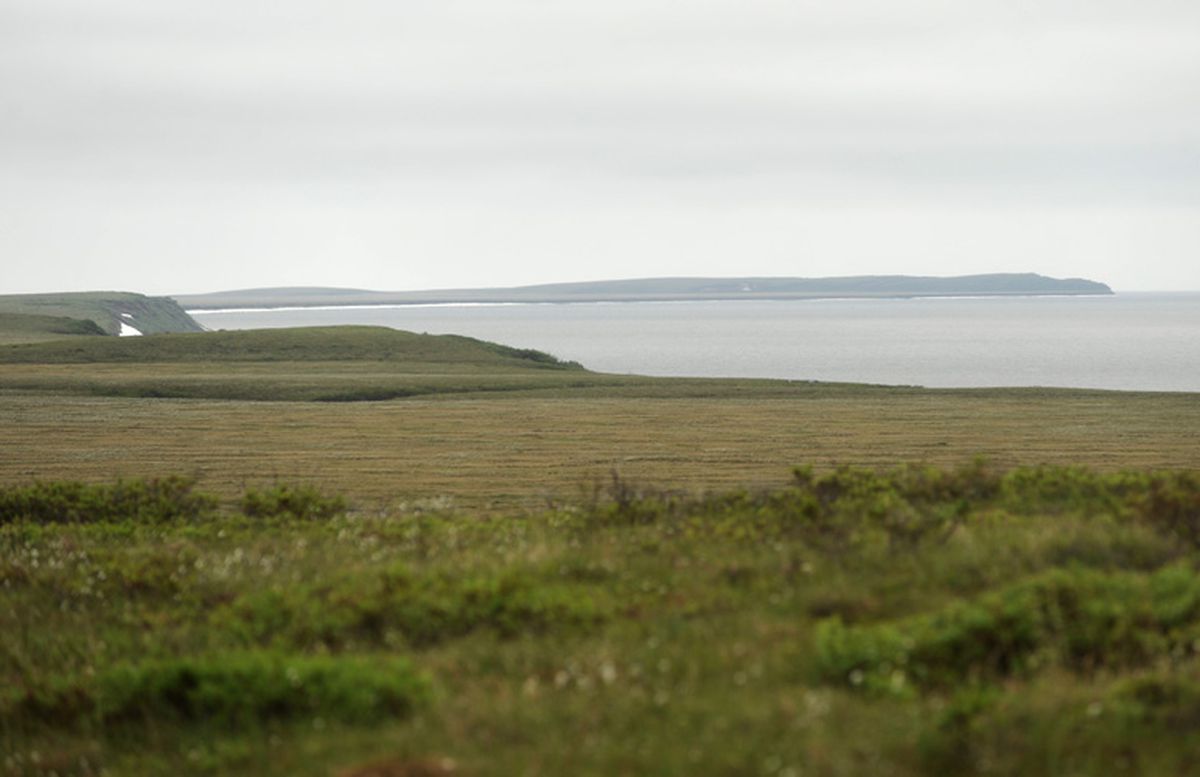 Cape Blossom, outside Kotzebue, shown in an undated file photo, could be the site of a deepwater port for Kotzebue. (Stephen Nowers / ADN archive)

Cape Blossom, outside Kotzebue, shown in an undated file photo, could be the site of a deepwater port for Kotzebue. (Stephen Nowers / ADN archive)

Arctic infrastructure development is front and center in a new resolution before the House Special Committee on Arctic Policy, Economic Development and Tourism.

The resolution calls on Alaska's Congressional delegation to recognize economic potential in the Arctic and prioritize developing infrastructure and defense capabilities like a port and Coast Guard base in the region.

"The primary challenge that we face is getting the rest of the nation to embrace its role as an Arctic nation. As we know, Alaska is the reason the United States is an Arctic nation, but it's not in the consciousness of everyday Americans that we are an Arctic nation and that we need to protect our interests and provide emergency response capabilities to the Arctic region," said Michael Lowe, an intern for Rep. Chris Tuck (D-Anchorage), who presented background to the committee.

He called for unanimous bipartisan support for it, saying that resolutions like this one can be used as talking points for the state's representatives when they meet with their colleagues and want to lay out Alaska's priorities.

"Although the feds do own about 60 percent of Alaska and we do get a lot of federal money up here, I think the federal government is overlooking the economic potential and overlooking some national security needs because Alaska makes us an Arctic nation," said Rep. Tuck, who is sponsoring the legislation.

In Lowe's presentation, he outlined why it might be advantageous to develop an Arctic port, with a year-round Coast Guard base, at this point in time.

"The crux of the issue in the Arctic is the receding sea ice there. The seasonal recession of the sea ice has been happening, of course, since we can remember, but it's the extent to which it's receding and the amount of time that it's staying in that recession state that is expanding," said Lowe. "This has opened up new sea lanes for transcontinental vessels. It stands to shorten routes by as much as 5,000 miles or 40 percent, depending on the route and depending on the destination if the ship were to use the Suez Canal or the Panama Canal. The basis for the U.S. Coast Guard port stems from the opening of sea lanes in the Arctic."

The potential mineral and natural resources in the Arctic also make having a deepwater port north of the Aleutians or Kodiak beneficial to the state, he said. It could also provide additional emergency response capacity for the entire northern part of the state.

He also covered the economic potential of a military base, citing other hubs as examples of potential.

"Pretty much every occupation can be found if you go to JBER (Joint Base Elmendorf-Richardson) or Fort Wainwright," he said. "It's a very diversified workforce and it's pretty much an economy within itself that comes with military installations."

After Lowe concluded his overview, Lincoln asked: "Have you evaluated, or do you have an opinion on, the location for a port in Alaska or a Coast Guard station?"

Howe responded: "There has been speculation of — it's not technically, I don't believe, in the Arctic — but, Nome."

While there has been past support for any type of deepwater port north of Fairbanks, many people who actually live above the Arctic Circle have called for a port to be located there — potentially off the coast of Kotzebue. However, Nome often ends up in the spotlight during deepwater port conversations, given that it already has much more infrastructure that could be expanded upon though a new project.

Lowe said none of the resolution's sponsors were specifically advocating for the Nome option, but he had heard it discussed in other forums.

The public can provide comment on House Joint Resolution 33 when it's next before the committee.

More information, including the full text of HJR 33, can be found online.

This article was republished with permission from thearcticsounder.com.