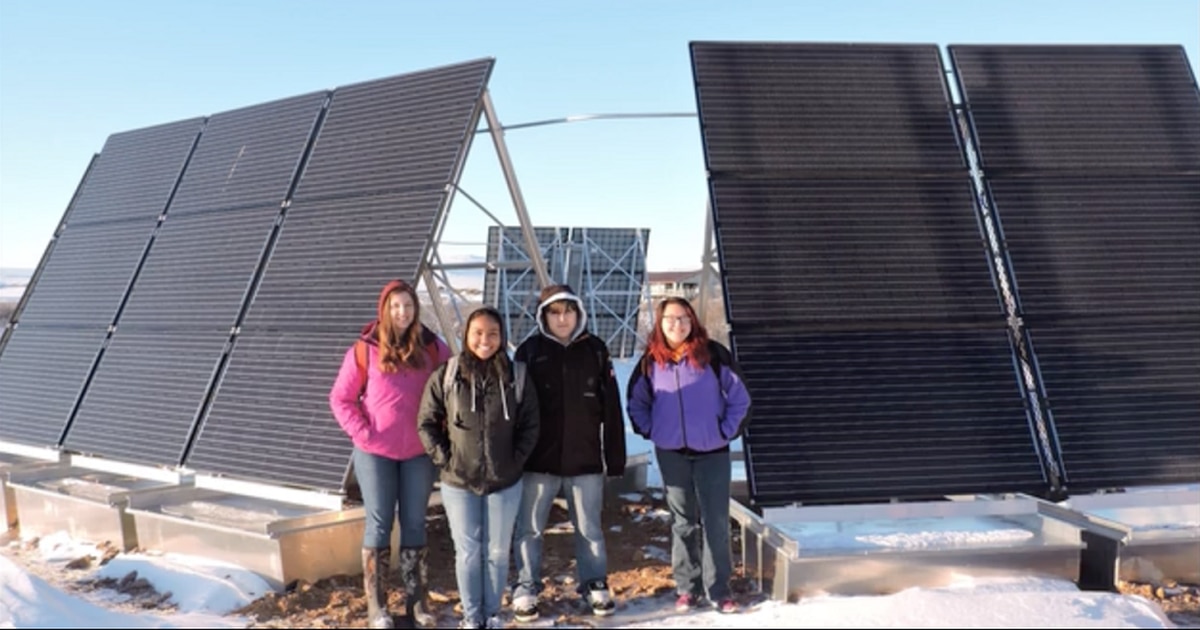 A new solar power project in a remote village in Northwest Alaska aims to demonstrate the potential for renewable energy to reduce the region's high utility costs.

Buckland's village-operated electric utility is set to turn on three new solar arrays this week and is planning for a battery system to be operational next year, Alaska's Energy Desk reported Wednesday.

The project supported by Northwest Alaska Native Association and the U.S. Department of Energy is part of a regional push toward renewable energy.

Buckland has about 400 residents and is about 75 miles from the regional hub of Kotzebue. The village is reachable only by boat or plane.

Most of Buckland's power currently comes from generators fueled by diesel. Electricity in rural Alaska can cost six times the national average, resulting in monthly light bills that can exceed $1,000.

A state subsidy program helps reduce residential electric bills, but residents have to pay full price if they exceed 500 kilowatt hours in a month — a little more than half of the national average residential power bill.

Power is 47 cents per kilowatt hour in Buckland, according to state data. Anchorage is 19 cents and the national average is 13 cents.

"Everybody's for it — everybody wants to get away from the fuel," said Erik Weber, who runs the village water plant and assisted with the solar installation. "When things like an energy crisis come up and there's not a lot of fuel to go around, we can keep going here."

The project is probably not going to slash electric prices overnight, but these projects could help protect villages against spikes in the prices of diesel and heating fuel, said Sonny Adams, the association's director of energy.

"One of our goals needs to be building capacity with not only the village and the region, but also the state of Alaska," Adams said. "This is the starting point."