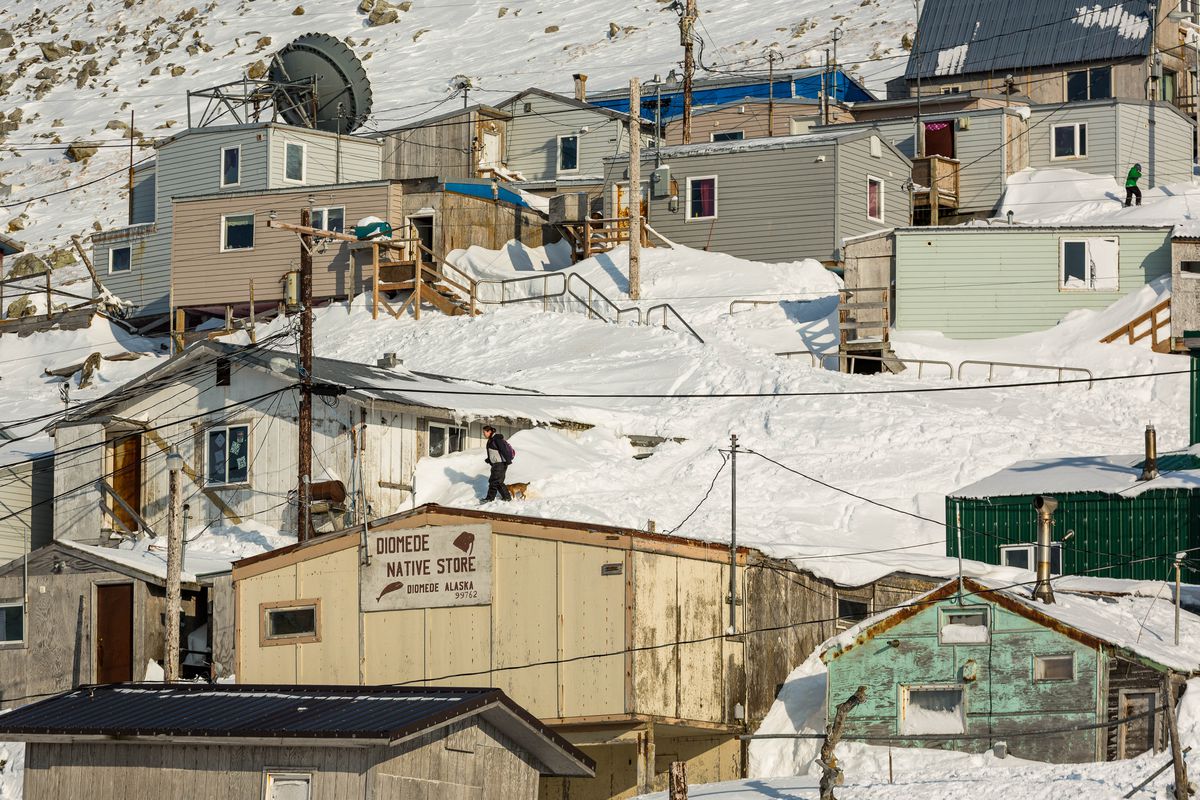 The Alaska village of Little Diomede, in the middle of the Bering Sea, on March 13, 2013. (Loren Holmes / ADN)

The Alaska village of Little Diomede, in the middle of the Bering Sea, on March 13, 2013. (Loren Holmes / ADN)

NOME -- Residents of Diomede have had to rely on melting snow and runoff as drinking water for two weeks. The Bering Strait village’s running water was restored last week, but officials say the outdated system is still not fully functional.

According to Laura Achee, a spokesperson with the Alaska Department of Environmental Conservation, state officials “don’t have a lot of details on what caused” the problem.

Rachel Lee, director of the Office of Environmental Health for Norton Sound Health Corp., said several issues caused the system to stop working, including rust buildup in the storage tank, which hampered the circulation pump; an outdated pressure pump failed; and the heating system went down so water froze in the tank.

The tribal coordinator for Diomede, Frances Ozenna, said the school had to shut down. If Norton Sound Health Corp. hadn’t stepped in, she said, the community could have been in a much worse position.

Ahkinga is originally from Diomede, and Ozenna said he is familiar with Diomede’s water system. Lee said they arrived April 19 after being weathered out from the community on previous flight attempts.

Besides the main source of filtered water, which is accessible through the “washeteria,” the village has only runoff water from the mountain and melted snow available for drinking.

Ozenna collects water from snow and melts it for drinking, but she said it still requires filtering. According to Lee, the community storage tank has only enough water left to last about a month and a half if residents’ estimates are correct.

Ozenna says it’s typically the water operator’s job to collect water during summer, starting in June after the thaw, and to make sure the tank is filled for the entire winter.

The local water operator position is vacant, but Lee says once the community identifies someone to fill that role, Norton Sound Health Corp. can train them and help prevent future issues.