State looks to sell two ‘fast’ ferries to save money 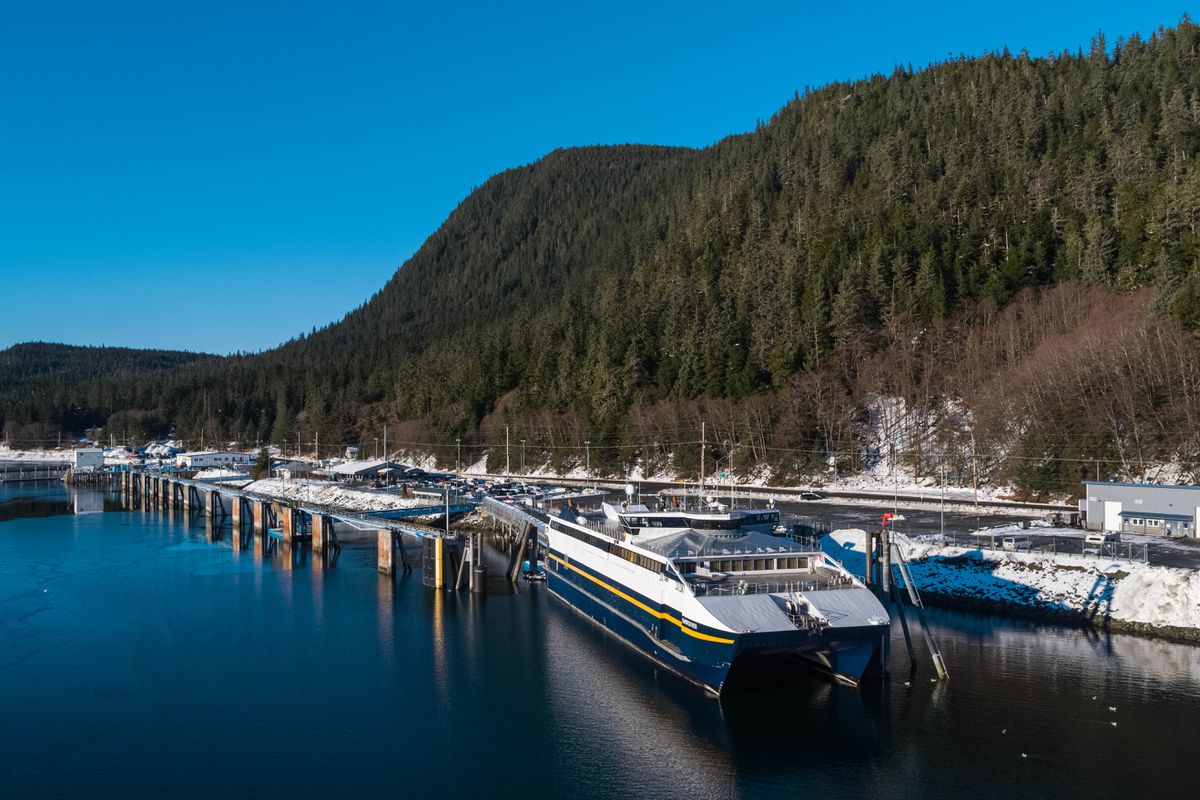 JUNEAU - The state transportation department is proposing to sell two of its so-called fast ferries, citing the cost of continuing to run the vessels.

Aurah Landau, a spokeswoman for the department, said by email that the Alaska Marine Highway System has planned for years to find ways to phase out the Fairweather and the Chenega, both of which went into service within the past 15 years.

Landau said fuel costs for the vessels are high and because they’re lighter, they can’t handle routes with rougher conditions. The ferries have run in Southeast Alaska and in Prince William Sound. They currently are laid up in Ketchikan, she said.

The cost to store the two ferries is about $21,000 a month and being paid out of the system's operating fund, she said.

Gov. Mike Dunleavy’s administration has asked a consultant to identify possible ways to reduce the state’s financial responsibility to the system, which is seen as an important transportation link for a number of coastal communities. The system does not expect the study would recommend using costly vessels when vessels that are less expensive to operate are available, she said.

The value of the Fairweather and the Chenega hasn't been publicly released yet, Landau said.

The first step for the department is to see if any other state agencies or local governments in Alaska are interested in the ferries, she said. Any statements of interest are due by June 10.

If there are none, the next step would be to seek proposals for a commercial vessel broker to help market the ferries to a broader audience.

Robert Venables, executive director of the Southeast Conference, which has been involved in prior efforts aimed at making the system more efficient and sustainable, said that for cost recovery and future uses, this might be one of the better times to sell the two vessels, which he said don't really fit into the fleet.

“It was tried with good intentions, but so much of the Marine Highway System’s history over the last number of decades has been politically driven rather than architecturally and marine engineered,” he said.

His organization hopes to work with the consultant on a long-term plan for the Marine Highway System, Venables said.